A guide to San Giovanni 2017 in Florence

Saint John the Baptist (San Giovanni Battista), symbolic protector and patron saint of Florence, is the reason you’ll see shops shutting earlier than usual on Saturday. June 24, his feast day, always features a mix of established rites and one-off events around Florence. Here are some of the highlights to look out for this weekend. 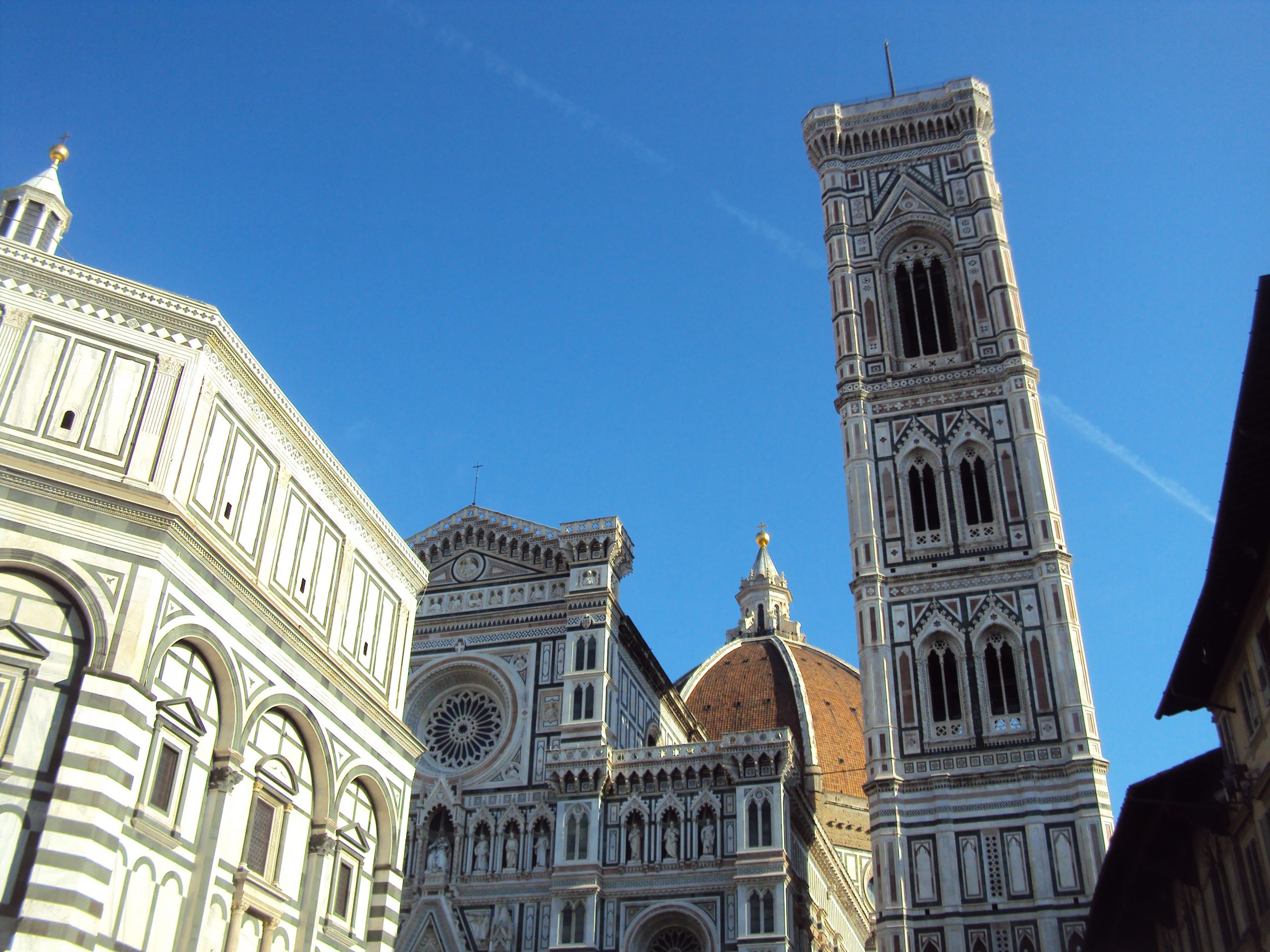 Cardinal Archbishop Giuseppe Betori will serve as celebrant for a 10.30am mass at Santa Maria del Fiore, featuring the Messe brève by French composer Léo Delibes. 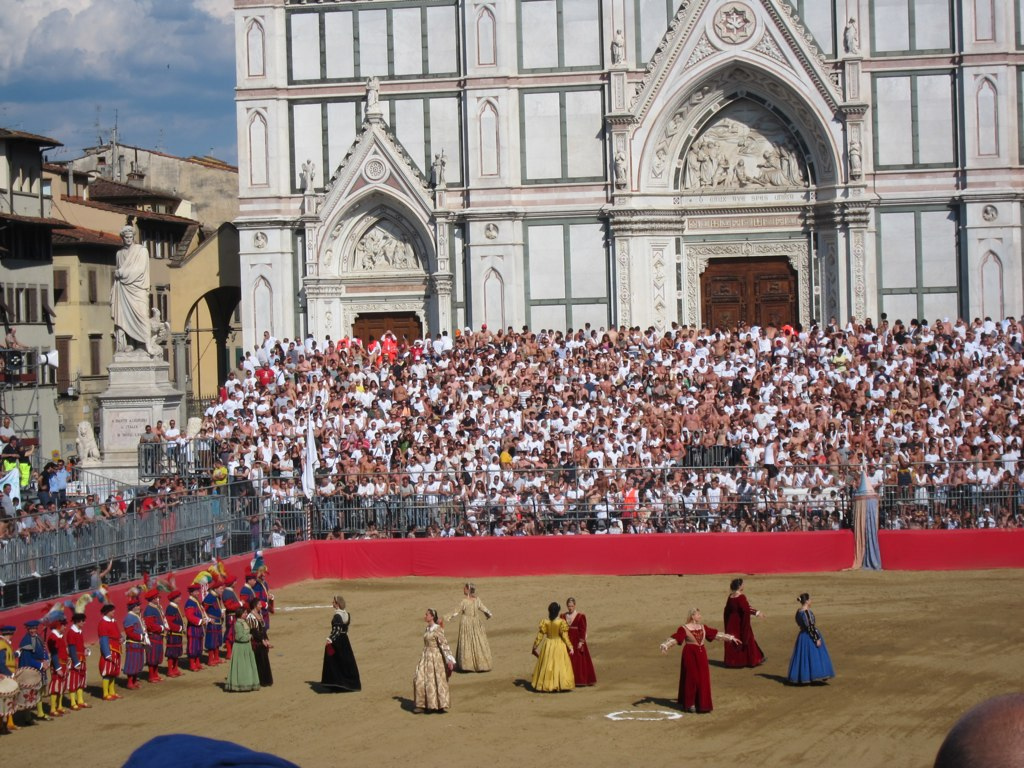 Calcio storico is Florence’s football-rugby-Fight Club cocktail, and the final match always takes place on San Giovanni. The Reds (Rossi) of Santa Maria Novella will face off against the Whites (Bianchi) of Santo Spirito, and though the match has sold out, there will still be plenty of public pomp and circumstance. A fully costumed Corteo Storico della Repubblica Fiorentina will leave the Palagio di Parte Guelfa and parade through downtown, arriving in piazza Santa Maria Novella at about 3pm. After Much Ado About Arriving, if we may say so, it will then make its way down via de’ Banchi, via Rondinelli, via Tornabuoni, via Strozzi, piazza della Repubblica, via degli Speziali, via Calzaiuoli, piazza della Signoria, via della Ninna, via de’ Neri, and finally, the tiny borgo Santa Croce, to wind up at the pitch in piazza Santa Croce. Snag the sidewalk seat of your choice (and take along a bottle of water). 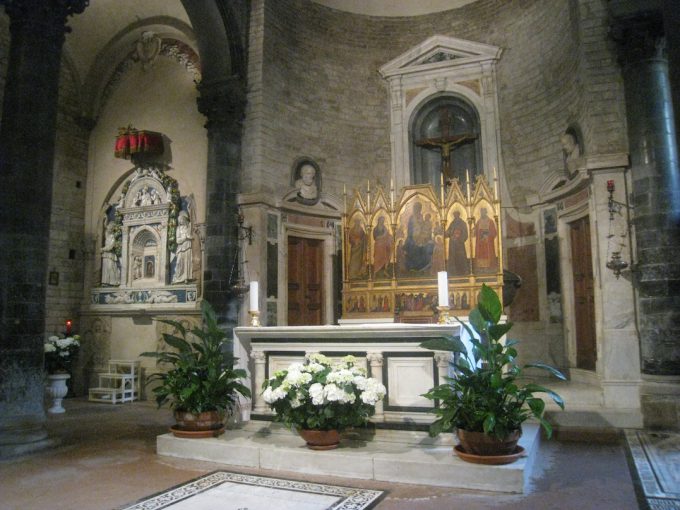 The ongoing Festa della Cultura San Giovanni Battista will host perhaps its climactic event, a sacred music concert featuring works by Arcadelt, Boccherini, Corelli and Vivaldi, followed by “Agnus Dei”, composed by Frederick Frahm and performed for the first time just last week in Florence. The event will take place at Santi Apostoli (piazza del Limbo 1, 8.30pm) and will finish in time for the fireworks display shot from piazzale Michelangelo. 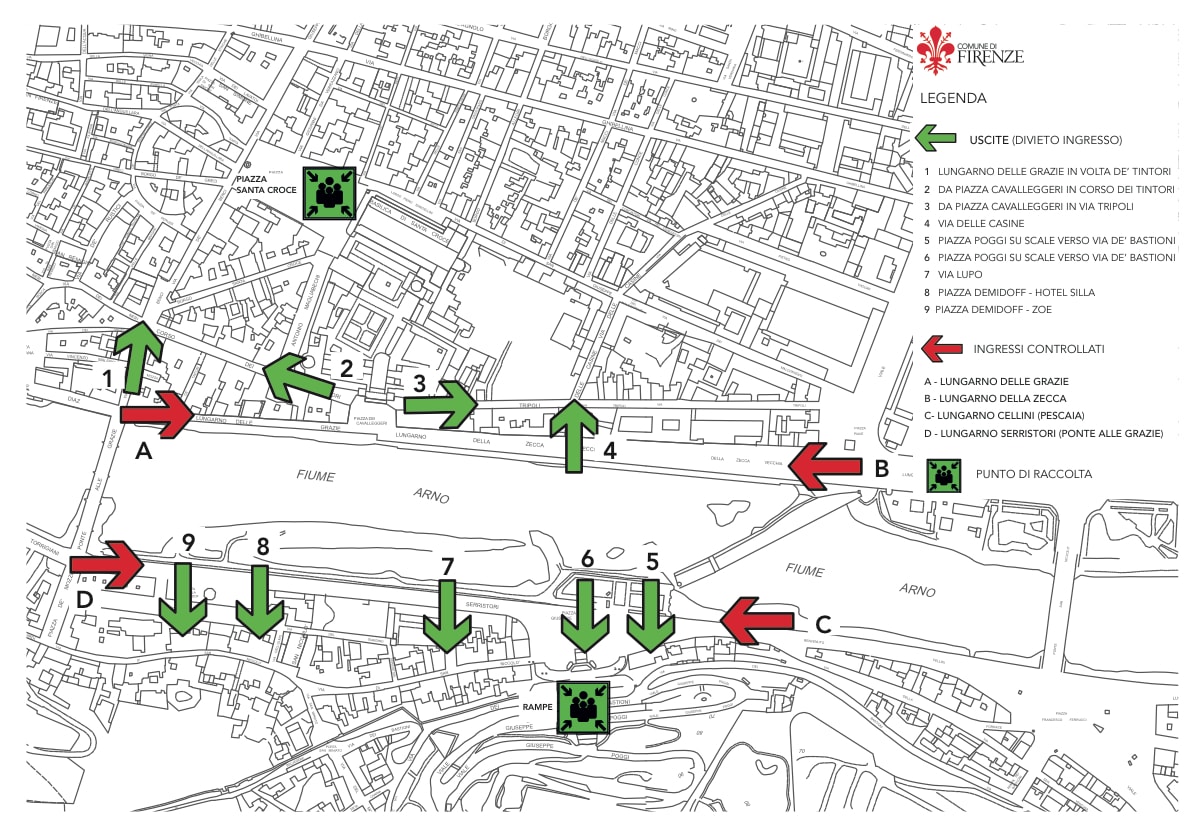 The day always ends with a literal bang when a fireworks show takes place from piazzale Michelangelo, starting around 10pm. Space along the lungarni is limited and heightened security will be put in place this year (see the above map of exit and entry points). 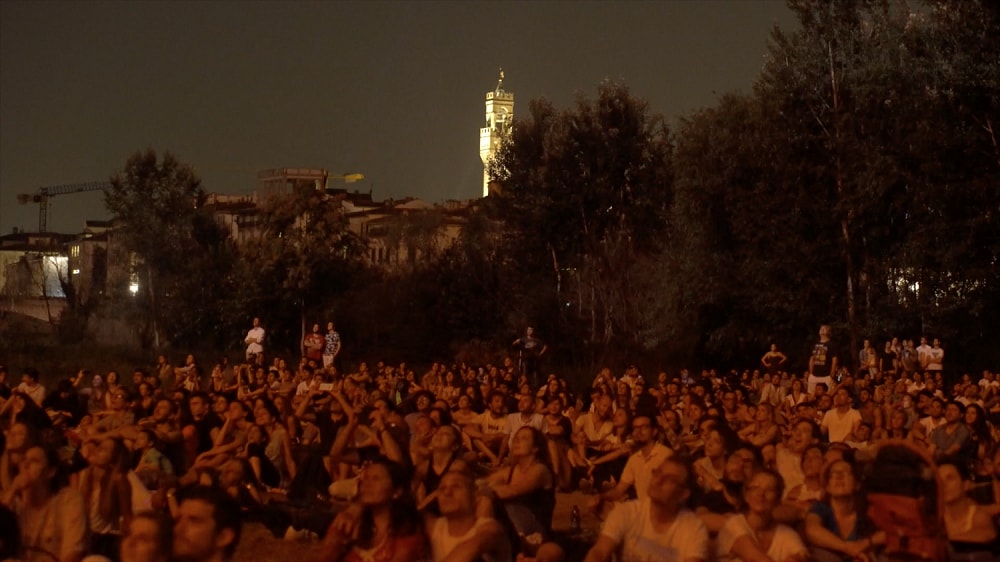 If straining your neck to see doesn’t sound all that appealing, head to Easy Living, the Arno beach just below piazza Poggi, instead. With the new checkpoints in place (and the beach views hardly a secret anymore), we recommend arriving well before the 10pm start time. As early as 6pm, the sandy hotspot will have food and drink trucks set up, serving street bites from Panino Tondo, Amblé and several other Tuscan vendors. BYO picnic blanket; no outside food, drinks, sharp objects or glass bottles allowed.

Not too keen on sitting in the sand? Venture a little further to the lungarno Ferrucci favorite, Rari Bar & Bistrot.