La Marzocco: coffee machines made in the Mugello

A turn around the La Marzocco coffee machine factory, tucked away on an unassuming industrial block due west of Borgo San Lorenzo, is like a tour of the Willy Wonka factory. No golden ticket needed: in fact it’s free. 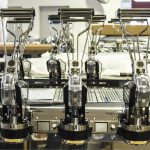 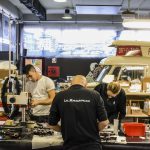 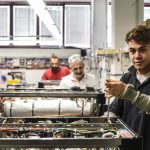 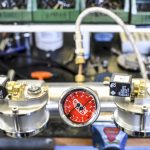 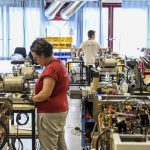 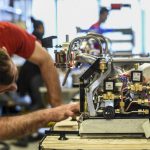 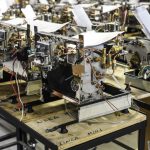 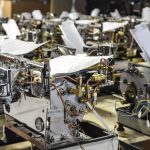 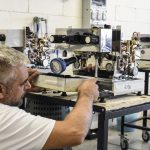 Currently celebrating its ninetieth anniversary, nothing can prepare you for the intricacy behind this people-centric heritage brand. Giuseppe Bambi, a metal panel beater, founded Officina Fratelli Bambi in 1927 with his brother Bruno, having received a commission from a wealthy man to construct a coffee machine: the “Fiorenza” was born. You can wonder at that original machine and subsequent models in the café/museum while sipping the perfect coffee and gazing out at the rolling, red-earth Mugello countryside. 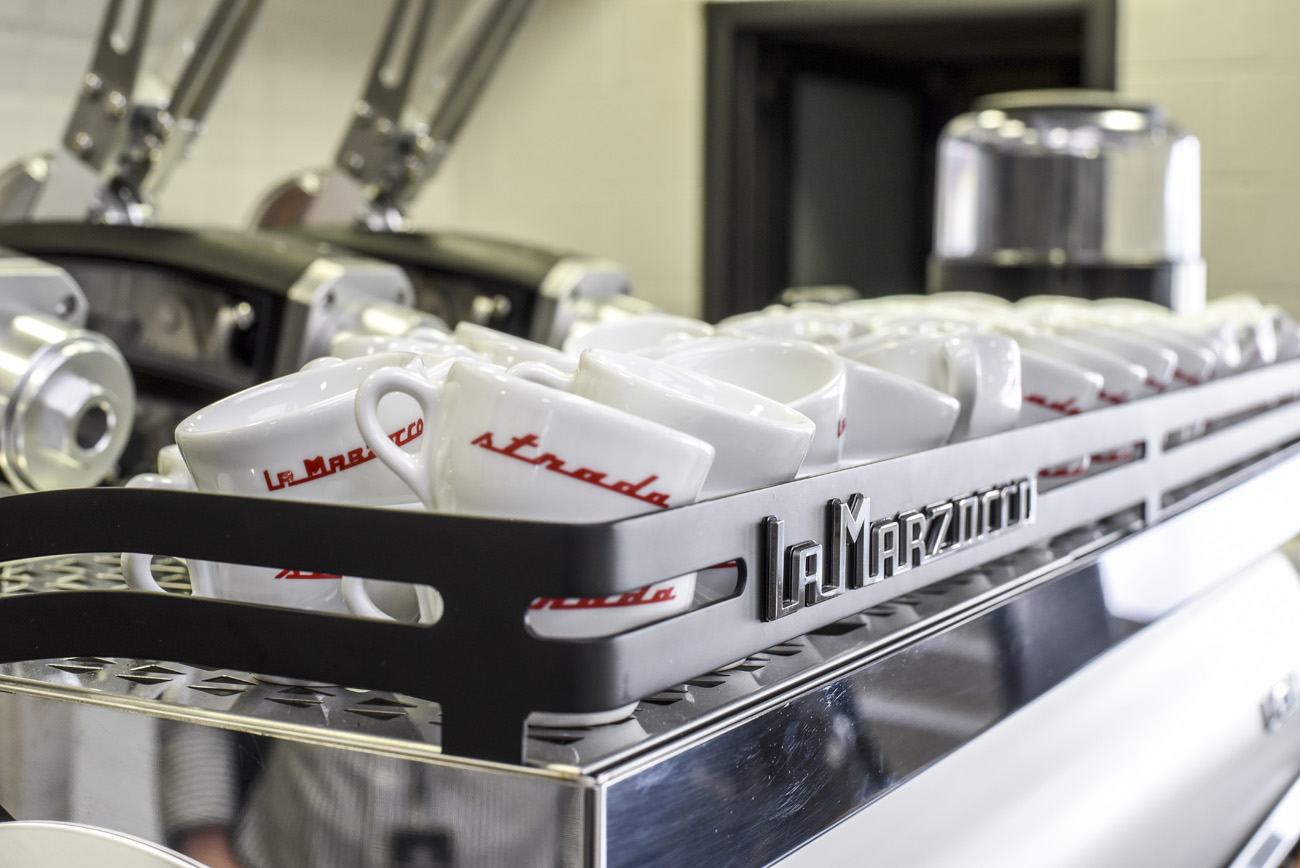 All photos by Marco Badiani

The pioneering Bambi brothers cared about details. In addition to designing their machines, they made and assembled every single component, even the screws. At a time when sales were slow and building a company was slower, the Marzocco, Florence’s proud symbol of victory was adopted as a symbol of hope. The name followed suit.

In 1939, Giuseppe Bambi lodged a patent for the first coffee machine with a horizontal boiler, now an industry standard, before the Second World War hit home and forced the Tuscan to start everything from scratch. But Giuseppe refused to give up, registering another patent in 1945 for a semi-automatic mechanism that simplified the barista’s movements. The Fifties shone as the golden age of espresso thanks to the lever machine, whose spring activated a piston that pushed the water through the coffee at 14 atmospheres of pressure, changing the flavour and creating the “crema”, now the hallmark of a fine espresso. 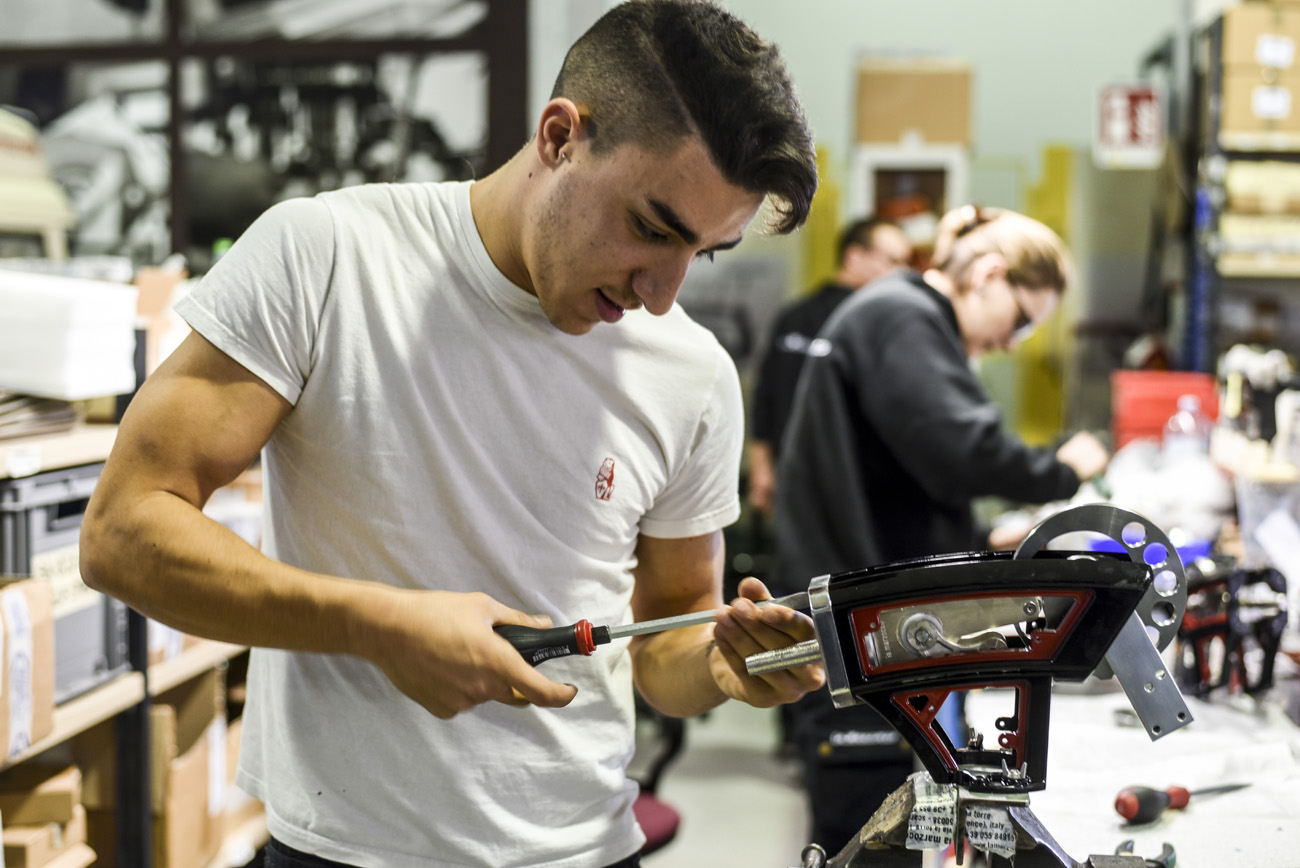 That same machine is making a comeback today. To mark its ninety years, ninety Leva machines have been lovingly welded into life: a stunningly eye-catching and uber-ergonomic achievement in design, technology and tradition. Unsurprisingly, the seductive standard for future espresso machines sold out as soon as it was announced. But the 90-minute tour around the La Torre manufacturing plant enables coffee lovers to linger over the Leva, as well as seeing production of the GS3 and Linea Mini range firsthand, with the latter added into the mix in 2015 for the home espresso-making market. Skilled craftsmen work on two machines at a time: a feat of human ingenuity in an atmosphere of concentrated contentment to revolutionize the quality of coffee enjoyed a casa.

Three-time Italian barista champion Francesco Sanapo of Florence’s Ditta Artigianale appeared, coffee blend in hand, as we walked around the airy and aspirational Scarperia plant accompanied by a barista from Melbourne and the all-Italian staff. An internationally renowned brand with a Tuscan soul, La Marzocco became a global player in the 1970s with the GS series, vaunting two important innovations: while one boiler is used to generate hot water and steam to make tea and froth milk, the other is dedicated to brewing espresso coffee. This was the machine that saw La Marzocco become the exclusive supplier to Starbucks North America for more than fifteen years. In 1994, Kent Bakke, a Seattle entrepreneur who had travelled to Tuscany to find out more about espresso and professional coffee machine production and who masterminded the Starbucks agreement. In 1994, Bakke and Piero Bambi signed a partnership, paving the way to the next generation of these Mugello machines of excellence.

These days, I take my morning espresso in a La Marzocco cup as I save up for a Mini (Marzocco) of my own.