Look up “FICO” (or “FICO Eataly World”, its full name) on the web and you’ll read that it’s “the world’s largest agri-food park”.

Located northeast of Bologna, beyond the city’s outer ring road, 100,000 square metres aim to showcase the biodiversity of Italy’s food and farming culture through experiences and eateries, shops and farmyards. Five years after it was announced, Eataly founder Oscar Farinetti’s most ambitious enterprise by far opened in November 2017 amid excitement that promptly mutated into muted mutterings. 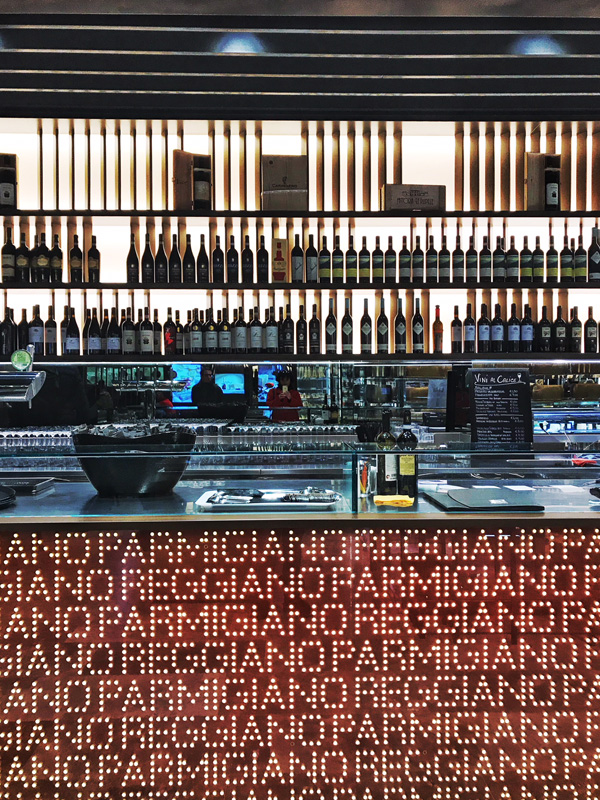 One Saturday in January, I decided to drive the direttissima motorway north to find out what FICO was all about. Pulling into the vast car park almost made me flee to the cappelletti comforts of the city centre. “Where is everyone?” I whispered to my husband, who as a true Tuscan seemed to be wondering why we’d left calm country lanes for La Grassa’s relentless ring roads. “It’s January, the first weekend after la Befana. Everyone’s still in bed,” he yawned. In we strolled, awestruck at the free entry and swerving the complimentary sky-blue Bianchi bike hire before staring for a good five minutes at the vast map and then looking at one another. “Dai, let’s have lunch.”

The signage is reassuringly Eataly in style, the same that’s emblazoned from Manhattan to Milan, São Paulo to Seoul, but FICO feels like a trade show space, far more fleeting than a 140 million investment in Italian food culture intended to stand the test of time. Back to lunch. The variety is impressive, if a little dawning on the FOMO front: 40-plus places to eat, from a Rossopomodoro pizzeria to street food served by potato giant Pizzoli, contemporary restaurant Cinque by Michelin-star chef Enrico Bartolini to the sleekest of cheese bars from the Parmigiano Reggiano Consortium. Confusion brewed at the curvaceous Lavazza bar as Florentines flirted with French press and Milanese with syrupy macchiatos: all I craved was an espresso with a difference. (When it did arrive, the 100 percent Arabica blend, from beans grown in Brazil, Honduras and El Salvador but roasted in Turin, was delicious.) 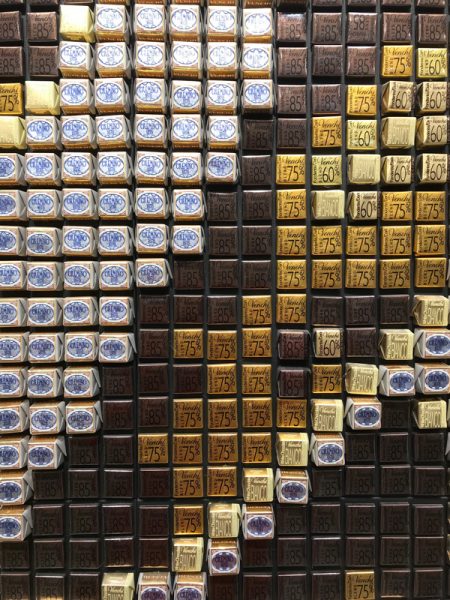 A detail of the 30,000-strong Venchi chocolate wall | ph. Helen Farrell for The Florentine

Caffeinated and sated, off we went to the farm. Or rather to the two hectares of outdoor areas swilled with Chianina cows and Mora Romagnola pigs, planted with Italy’s native grapevines, and with a “Frecciarossa 1000” shuttle train on wheels running throughout. The children we saw were loving the farm fun, smiles in compensation for the beehives not remotely abuzz with activity and the oddly truffle-less truffle greenhouse.

Back inside, my other half’s sweet tooth was drawn to Venchi’s creative chocolate wall designed by Cambridge-educated architect Carlo Ratti, where the friendly member of staff enthused, “The other day we decided to count how many chocolatini there are. More than 30,000, it’s amazing. Of course, the odd one or two go missing every day.” I gave Giovanni a sharp look; he grinned back. We quick-stepped over to the gelato factory to peer through the glass as milk and chocolate and hazelnuts and strawberries were being whisked and chilled into sweet submission. The Carpigiani ice-cream-making course is among the most popular of the educational offerings at FICO, as mentioned by New York Times journalist Evan Rail in his review. That, and the pasta class, naturally. 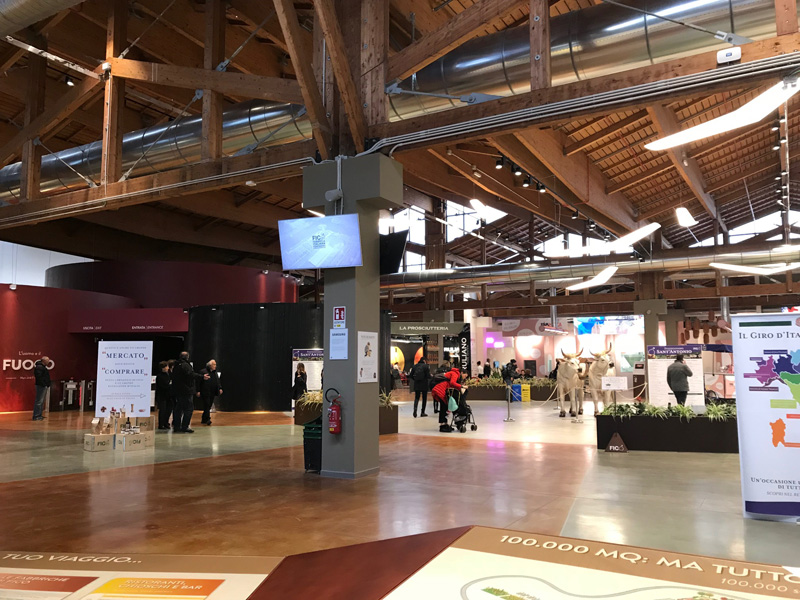 Upon intense investigation of the Fontanafredda-branded wine bar and eventually reaching the Smeg and KitchenAid sections, interspersed with Ruffoni copper pans crafted in Piedmont, we were starting to tire. After just a few hours at FICO, I found myself sharing Rail’s perplexities at the project: “I had spent three days at FICO at that point, and I still didn’t quite understand what exactly it was trying to be.” Not that any of us need to get philosophical about this commercially driven but praiseworthy concept. FICO is fun, free and a fabulous day out, especially for families—and often-overlooked Bologna is now perfectly placed to benefit with its arcades, academia and arcane delights, cappelletti included.

Admission is free. Take the FICO Eataly World bus from Bologna Centrale station, which leaves every 20 or 30 minutes. A round-trip costs 7 euro.