There’s no place like home: A less-popular take on small town Tuscany

Why four young Tuscans decided to buck the trend and make a go of it in their very small hometown.

Fresh out of university and very recently married, I found myself in front of the sand-coloured steps of the Italian Consulate in Melbourne, Australia. I had an appointment with a white-haired gentleman named Sergio and he dutifully listened as I told him I was immigrating to Italy to live with my husband. He nodded understandingly and I patted myself on the back for handling such a complicated task in what must have been flawless Italian.

Three weeks later, my husband received an email from Sergio asking when he was flying to Australia. My white-haired friend was halfway through approving Giulio’s application to immigrate to Melbourne. It turns out Sergio hadn’t understood me at all and my language skills weren’t entirely to blame. He simply couldn’t fathom why any young Australian would willingly move to country Tuscany, so he had simply assumed my husband, like so many other Italian youths before him, wanted to do the exact opposite. 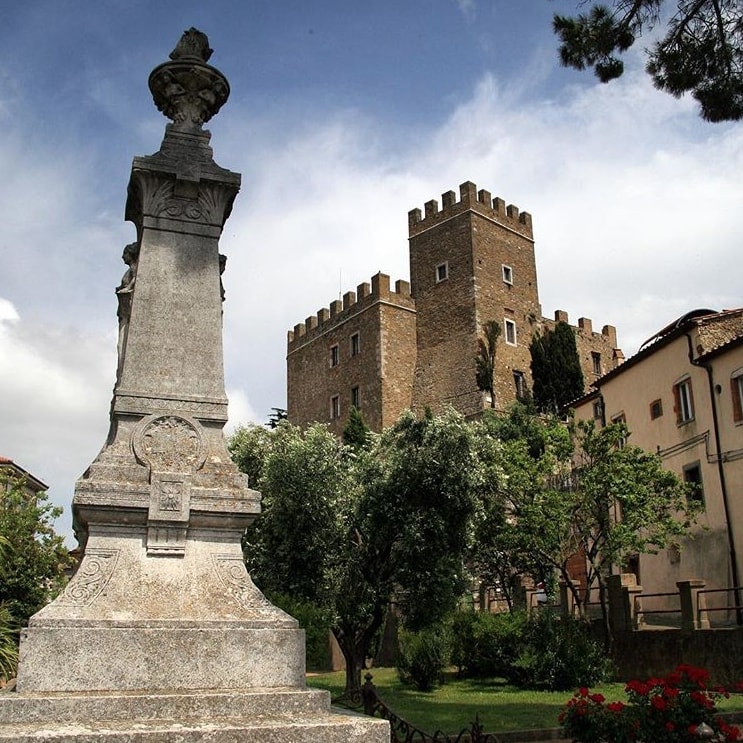 Almost a decade later and people still ask me why, when presented with the opportunity to live in a former World’s Most Liveable City, my husband and I choose to live in Manciano, population 3,000, two-thirds of which were alive to witness its only notable—and historically debatable—claim to fame as the first Italian town to be liberated by the allies in WWII.

Manciano doesn’t even have the stereotypical beauty and enviable tranquillity that comes to mind when you picture “small town” and “Tuscany”. It’s a mess of hideous pastel post-war palazzos and aggressive street cats—anything of historical, architectural or natural beauty tellingly sprung up just outside its borders. But my husband will not budge, despite living and studying in Perugia, despite being married to an Australian, despite being offered jobs in Dublin. He’s almost 40, but to the Italians, he is still a “ragazzo” (young man) and so Giulio was the first person I asked the all-important why. Why, when most young Italians pack up and move to the city, did you choose to stay in your hometown?

“Convenience mostly,” he says. “I had the idea to start my own business and I knew there would be less competition here than in a city.”

Not satisfied, I needled to see what else he had to give me. Giulio often speaks of dovere, a duty or obligation he feels he owes to his hometown. He’s spent the better part of decade in the doldrums of local politics, so he practises what he preaches.

“This is where I was raised. Why should I abandon it like a stray dog? My memories, my family, my friends are here. So much of what defines me is in Manciano … My grandparents and parents made something for themselves here. It never made sense for me to leave it behind and start all over just because city life is ‘cool’. Life is not necessarily better in the city. There aren’t always more opportunities. If I can make something of myself here in Manciano, invest in my community and still be surrounded by the people I grew up with, I’ll consider my life well lived.”

Not far from Manciano, family friend Valentina Amedei left her job as an architect in Bologna five years ago to take over the family’s B&B. She’d just had a daughter and wanted her to experience what she describes as an “idyllic childhood”.

“Italy’s cities are expensive, their air is dirty and the people are cramped and irritable,” she says. “I felt disconnected. When I was a child, I shared a history and a lifestyle with the people around me. I didn’t have to explain the dialect or the little nicknames we gave to various neighbours and friends. I could roam freely and be understood immediately.”

Like a lot of young people in my part of Tuscany, both Giulio and Valentina inherited land for their parents. “I didn’t want it going to waste,” Valentina says. “Anyone can be successful in the city, but to take something that belongs to your family and make it profitable in a small town like Manciano, now that is something to be proud of.”

A lot of the young people I spoke had difficulty putting their affection for towns like Manciano into words. But they were adamant. If you chose a career in tourism, agricultural, law or commerce, you could be successful in country Tuscany and with the internet, the city and its bright lights no longer seemed so far away.

Then there were young people like Chiara Dinelli, my husband’s secretary, who never went to university. It’s not uncommon. In the latest OSCE Education at a Glance Report, only 18 per cent of Italian youths have a tertiary degree. When I asked Chiara why she never left Manciano, she cocked her head and lifted an eyebrow.

“Why would I leave? Everyone I know is here. My parents helped me buy a house and I have a husband and a job. I couldn’t afford to live in the city.”

I get the sense that Chiara would very much be out of place in the city anyway. She likes it here because she’s never lived anywhere else.

But what about me? The Melbournian. The city slicker. The foreigner who grew up on the other side of the world. Why do I live in Manciano? It’s slightly crass for the journalist to turn the lens on herself, but I could still be described as young, especially in a vtown with the median age of 73. Happenstance brought me to Manciano, but true affection convinced me to stay. Every evening on the way home from work, I see the truly hideous palazzos that mark its border and I feel relieved. There is infinite pleasure in the familiar and endless comfort in the reliable ordinariness of small town life.

Call it lack of imagination or ambition, but I understand why some young Italians cling to their hometowns. It’s nice to know everyone and even nicer to know that nothing will ever change. I feel it and I’ve only been here a decade. I can only imagine how powerful this feeling must be for those who grew up here, who can put a story to the name and a lifetime’s worth of memories to faces around them.