Day-by-day ideas for August in Florence

First August in Florence? This is the month of shop closures and “chiuso per ferie” signs as most residents run for the beach. Outdoor cinema and cultural events are still around, and on the days when there’s not much on the radar, TF is here with some creative ideas. 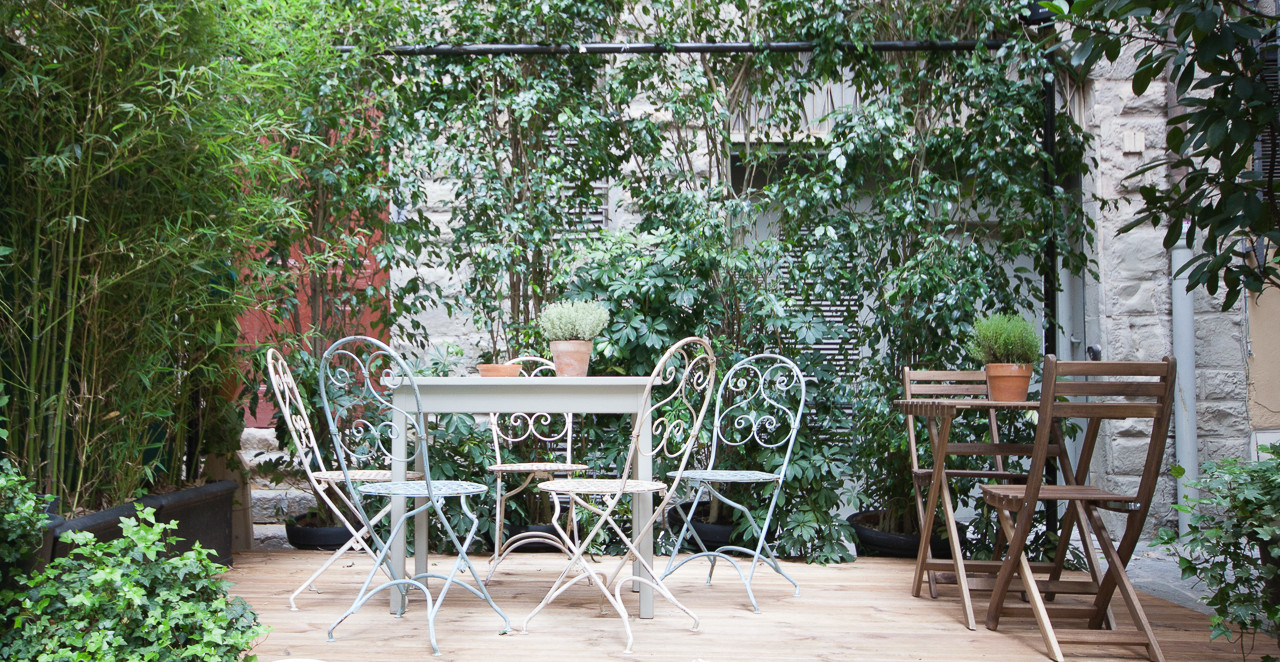 August 1 Join The Florentine and Ruffino to welcome August with a #WineWednesday conversation and free tasting: from 7.30pm at Serre Torrigiani in Piazzetta, actor Fulvio Cauteraccio will give a talk, “Di-Vine Comedy.” Afterward (9.30pm), catch a performance by Dancebourne Arts in the Grand Cloister of Santa Maria Novella. 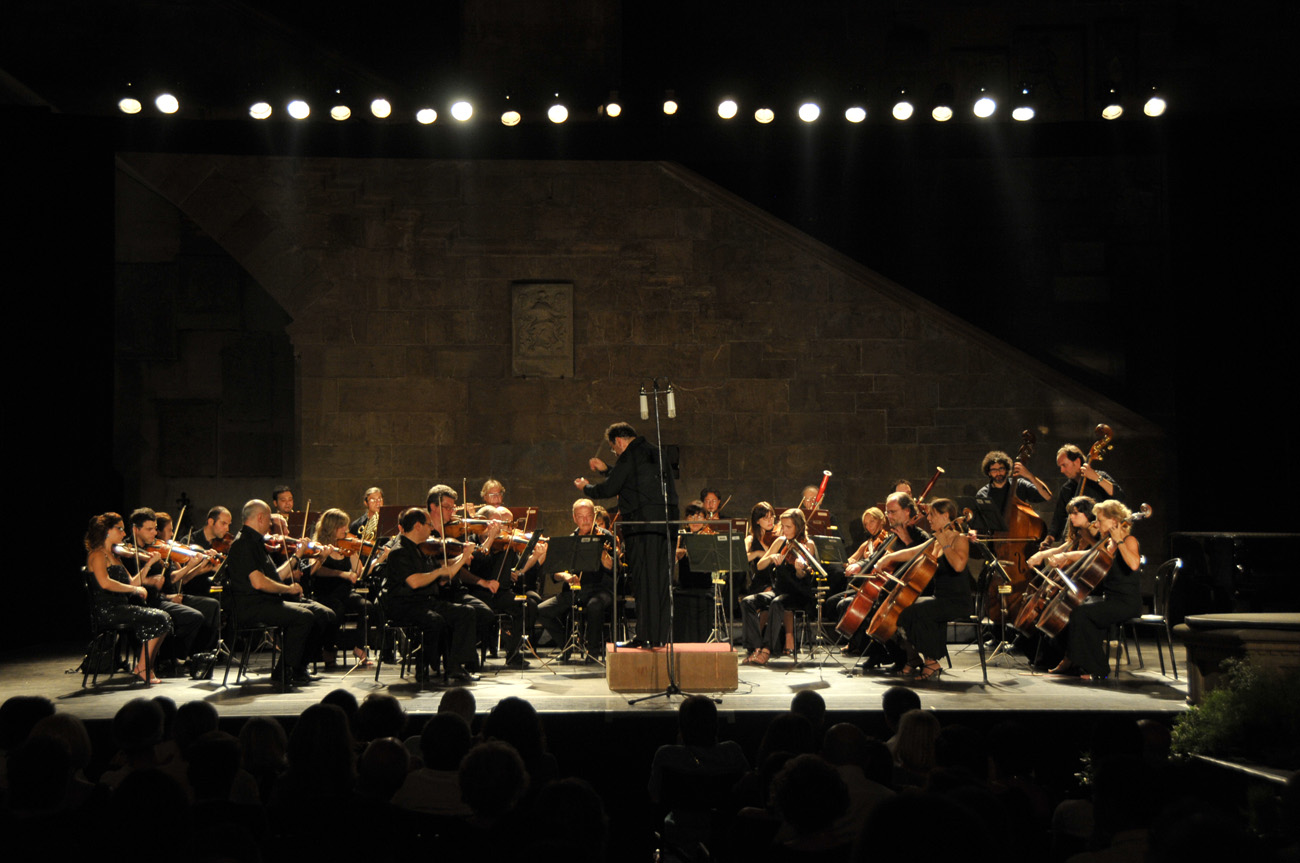 2 Don’t go far from the Grand Cloister of Santa Maria Novella! The Orchestra da Camera Fiorentina will give a concert of Vivaldi and Mozart favorites (9pm). 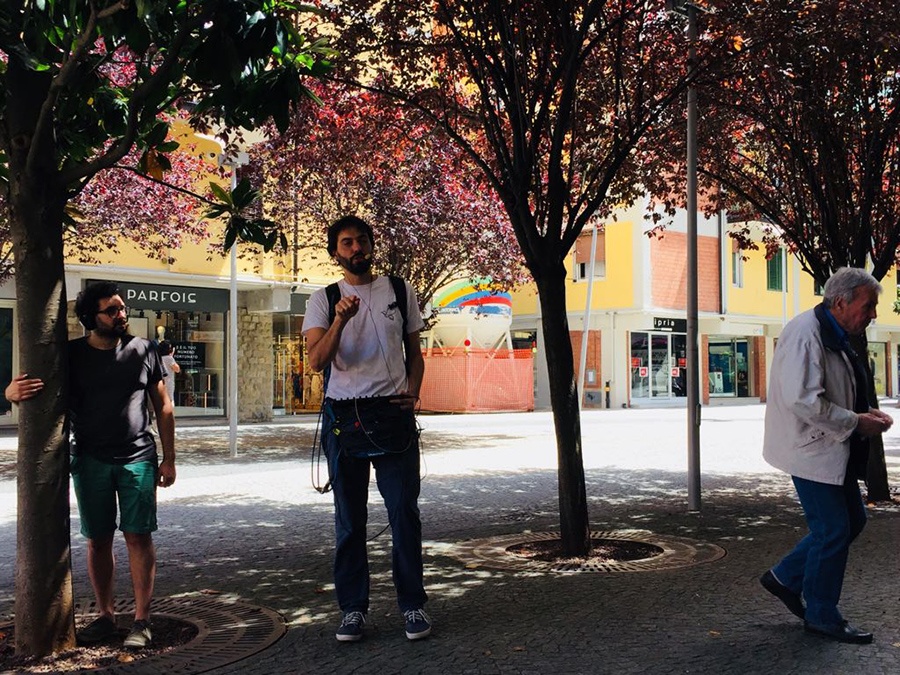 3 Take part in a traveling theatre show, Walking Therapie, in which you’ll play a role (and ride the tram to Scandicci): the starting point is Teatro di Rifredi at 8.30pm. Tickets available here. 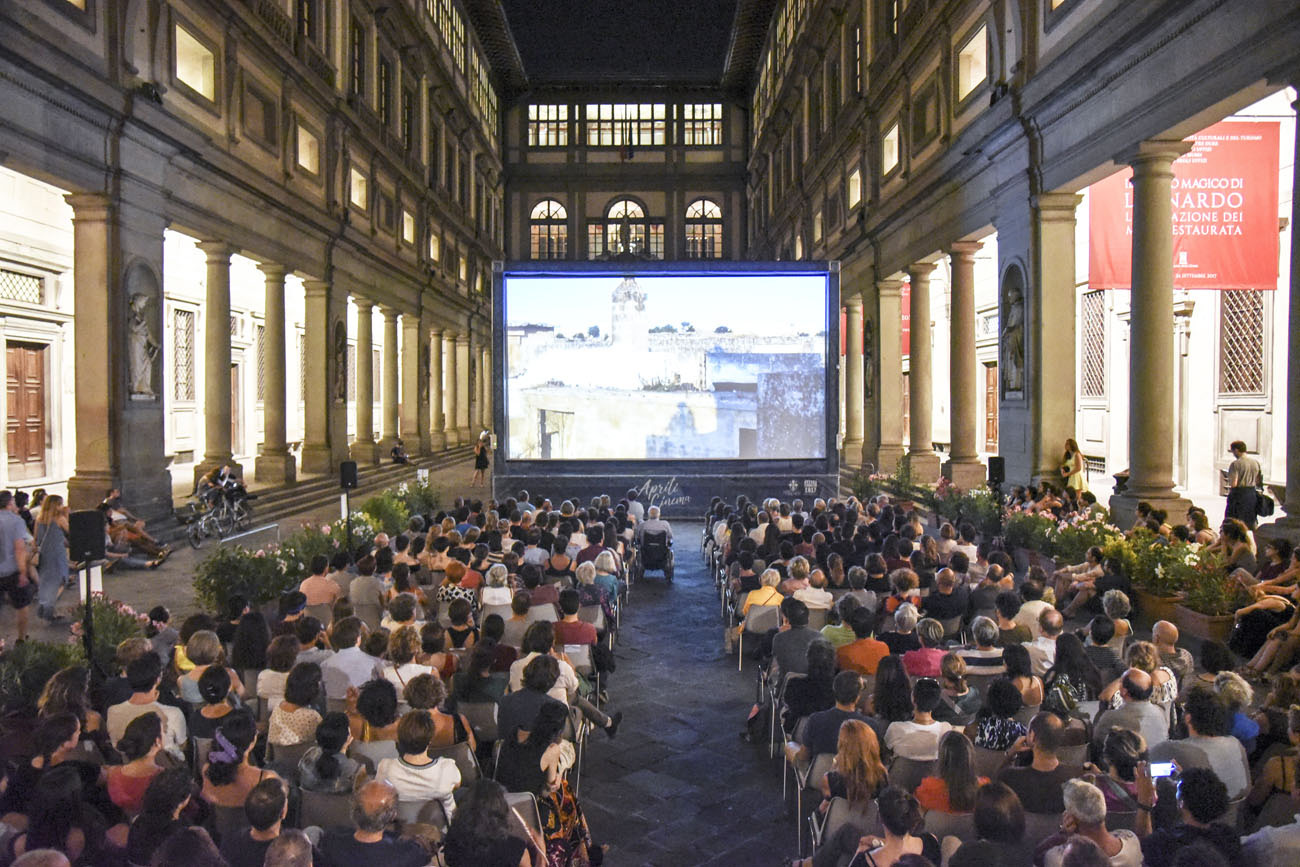 
4 Catch Rome and Florence in a spectacular artistic dialogue: a classic of Italian cinema, Roma città aperta, will be screened against the magnificent backdrop of piazzale degli Uffizi. Free entry; film starts 10pm.

5 Watch the changing of the guard before the Arengario di Palazzo Vecchio; check for the time on comune.fi.it. 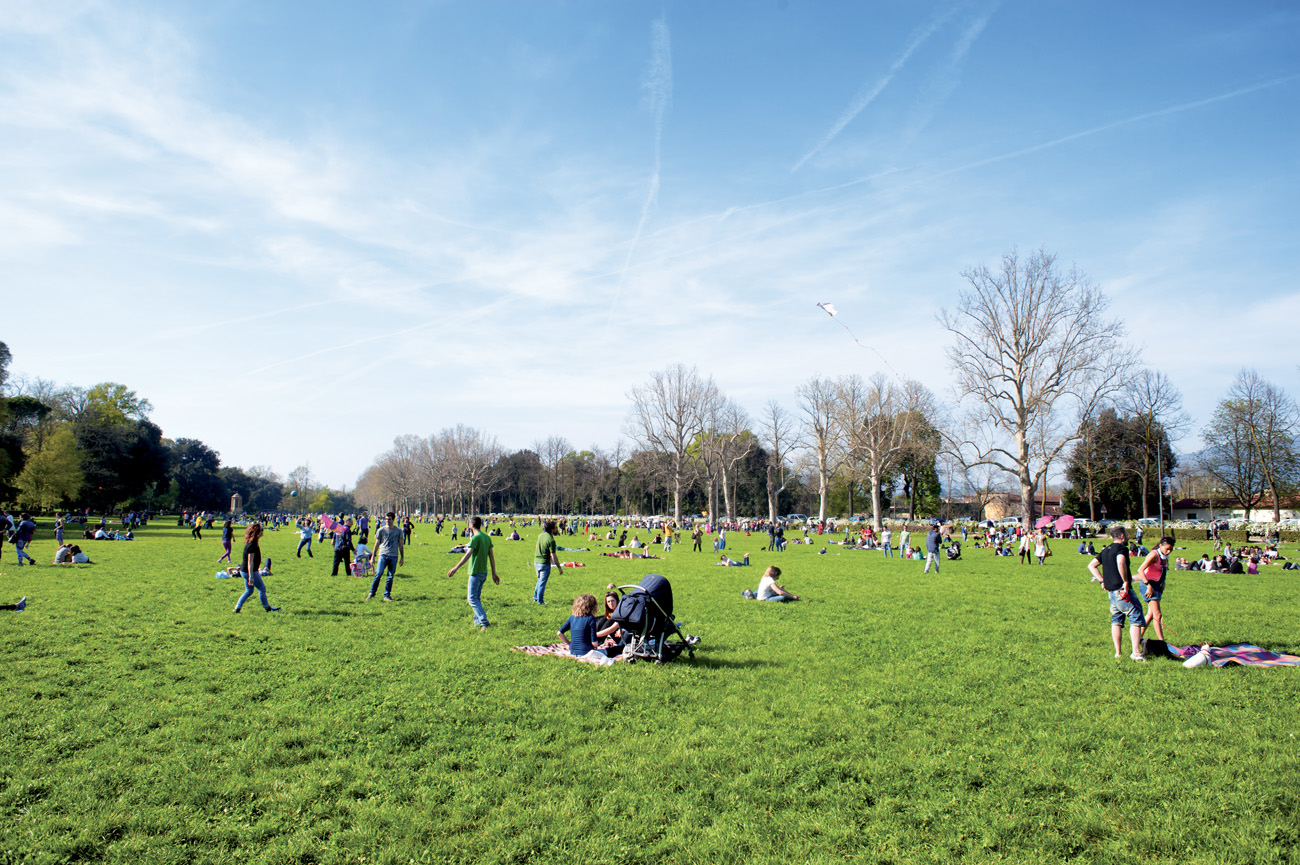 6 Grab your picnic blanket—or even your grill, depending on where you’re going!—and a group of beach-spurning friends. Use this as your park-picking guide.

7 Attend a quirky Uffizi Live event based on depictions of the grief of Niobe and combining electronic elements with art (from 7pm, uffizi.it). 8 Dig into the culinary legacy of Caterina de’ Medici with author, art historian and journalist Daniela Cavini, who’ll be speaking at #WineWednesday with Ruffino and The Florentine (7.30pm, Serre Torrigiani in Piazzetta).

9 Watch an open-air film (9.30pm) in the courtyard of the mall in Le Piagge as part of the mobile-movie-theatre taking over the Florentine suburbs this year, Cinema Tascabile. Basilica di San Lorenzo *front* – this Renaissance-era church, often considered ominous in appearance, gets a technicoloured revamp in regal violet, lapis lazuli blue and a mustard-gold dome to polish it off.

10 Dance your heart out and feast on free pasta and watermelon at the Notte di San Lorenzo party in piazza San Lorenzo (9pm). 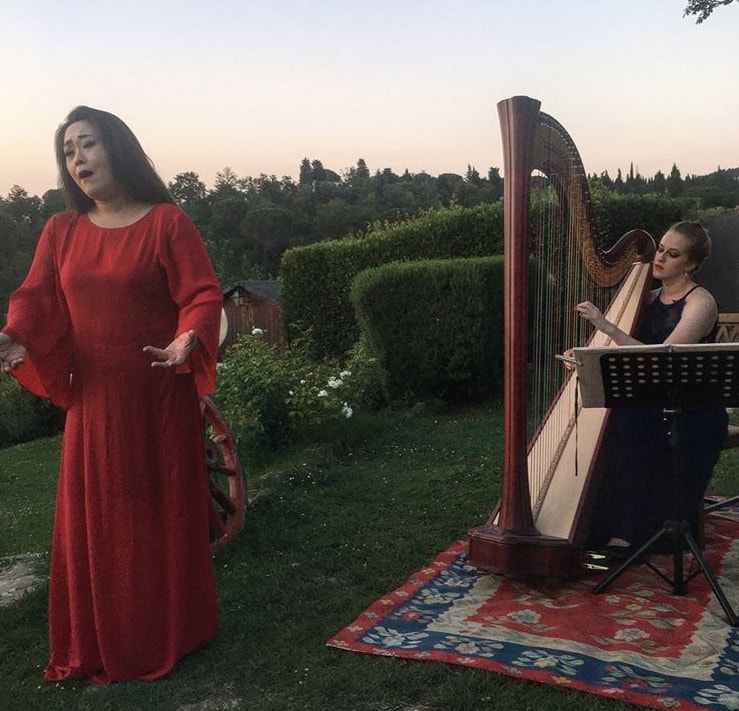 12 On the hunt for day trips, but worried you’ll wind up in a ghost town? Drive or take the SITA bus to San Casciano in Val di Pesa for Opera in the Kitchen, a dreamy day-to-dinnertime experience combining cooking, live music and country living.

13 Popped by the new piazza del Carmine yet to see the Marzocchi sculpture additions? Head there, and bring a book: there are benches and church-shaped chairs IN THE SHADE. 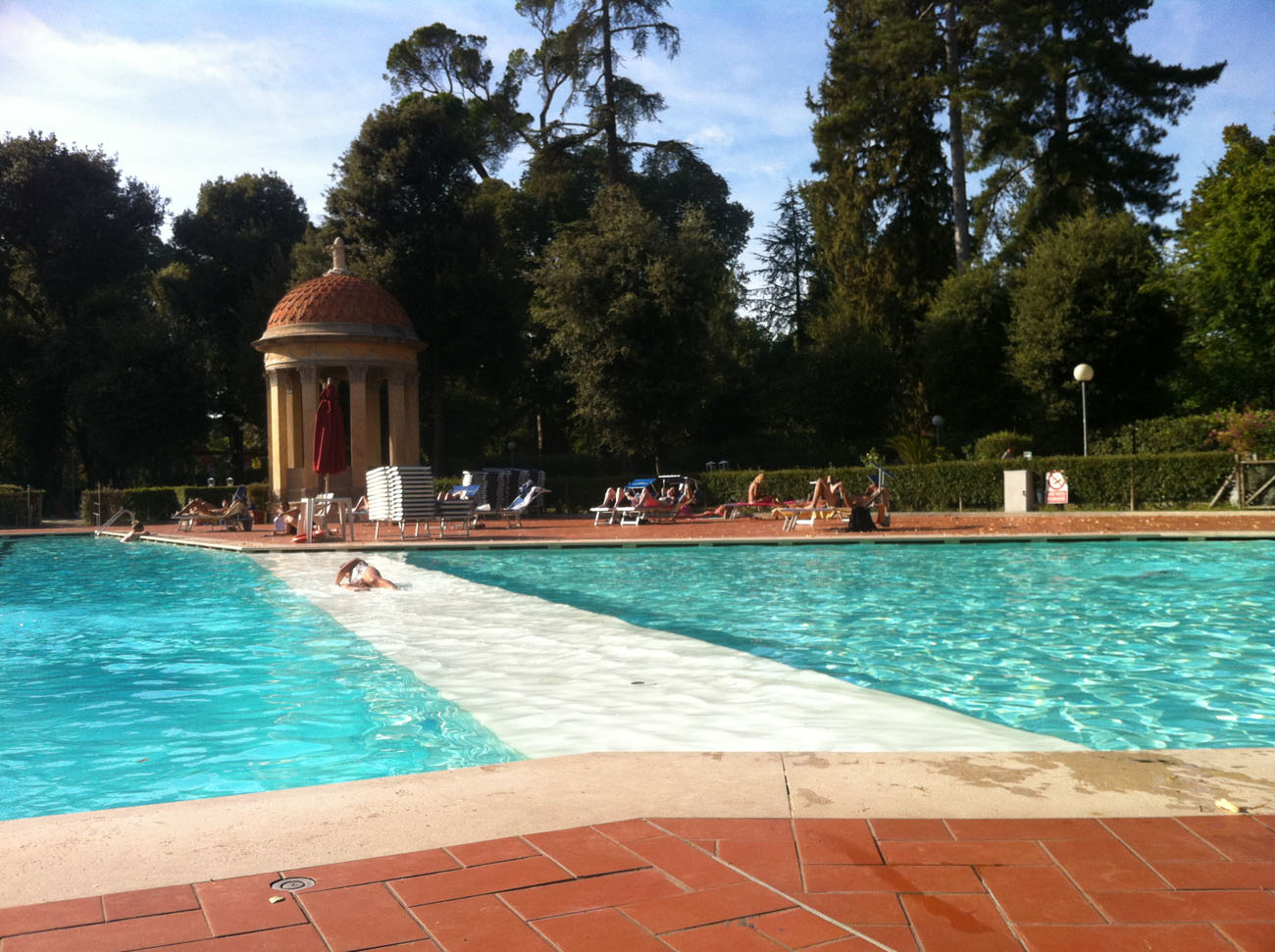 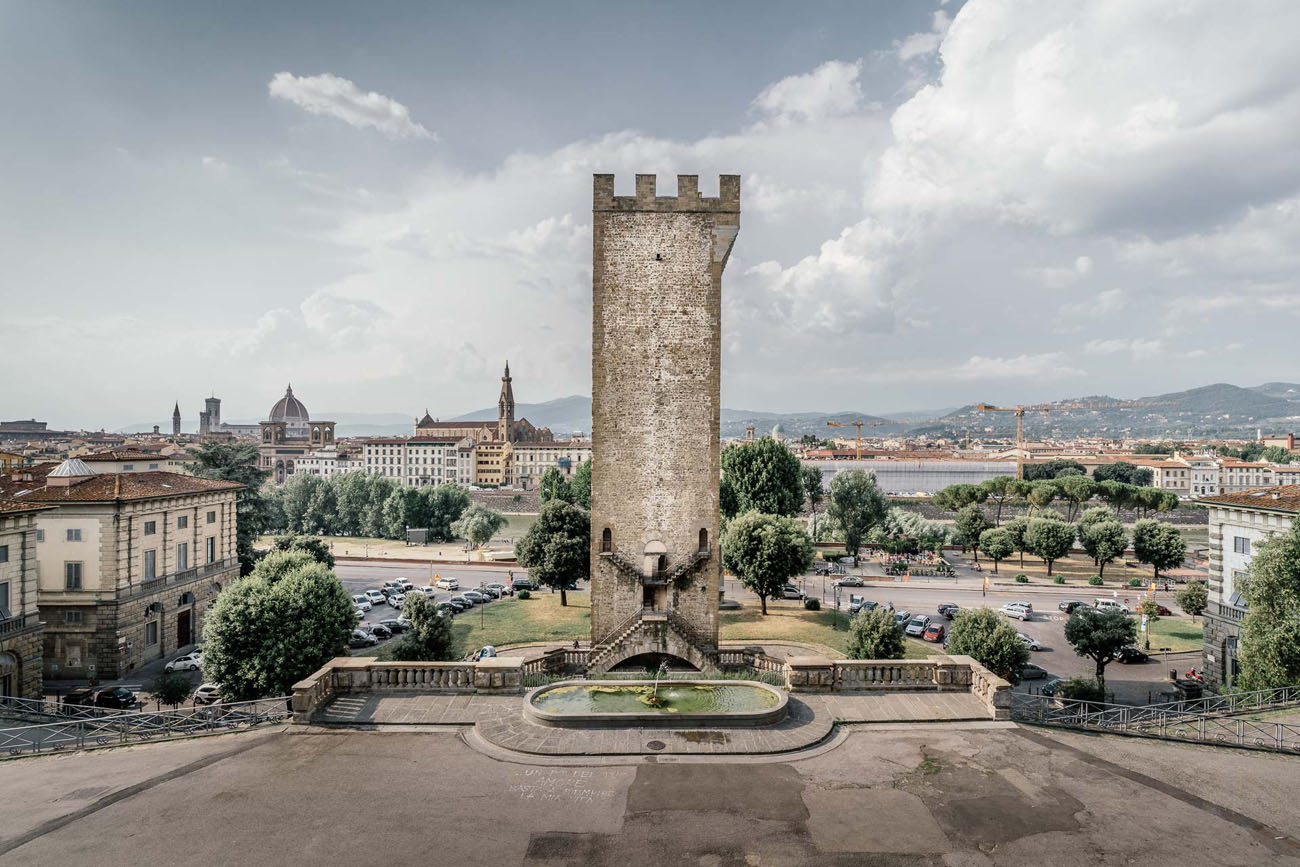 
15 Ferragosto! Climb the Torre San Niccolò (accessible from piazza Poggi) and take in the view from the top. Open 5pm; book via info@muse.comune.fi.it. (Tip: these visits also run daily until September 30, though time slots shift).

16 Indulge in a caffè shakerato served in a martini glass instead of your same-old espresso. 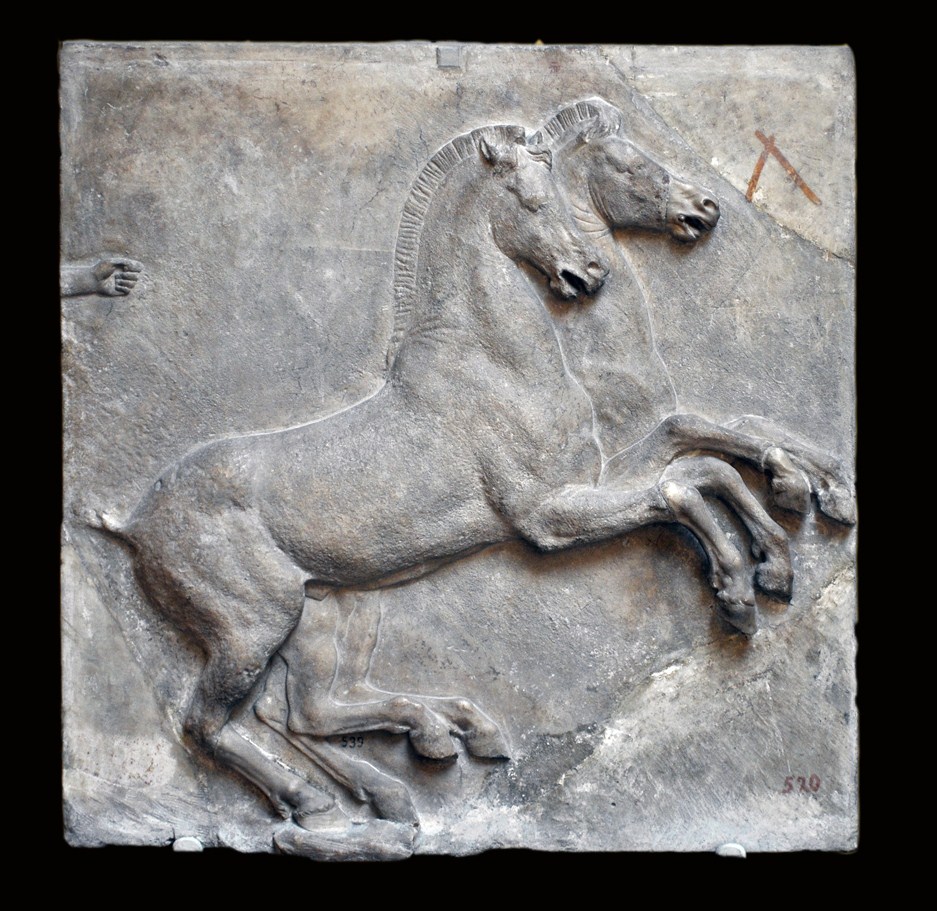 17 Wander through the Boboli Gardens exhibition A Cavallo del Tempo, which explores the revered relationship between horses and humans.

View from the Torre della Zecca / Ph. via Associazione MUSE

18 Time for another tower! Take a guided visit to the Torre della Zecca, Florence’s former mint, only rarely open to the public. Booking required via info@muse.comune.fi.it.

19 Get into the green: take a four-legged friend along and spend the morning exploring hidden corners of Villa Strozzi or the Cascine, perhaps wandering all the way down to the repurposed Palazzina dell’Indiano.

20 Pop by the Ferragamo Museum for a visit to Italy in Hollywood, highlighting the “shoemaker to the stars’” years in California. 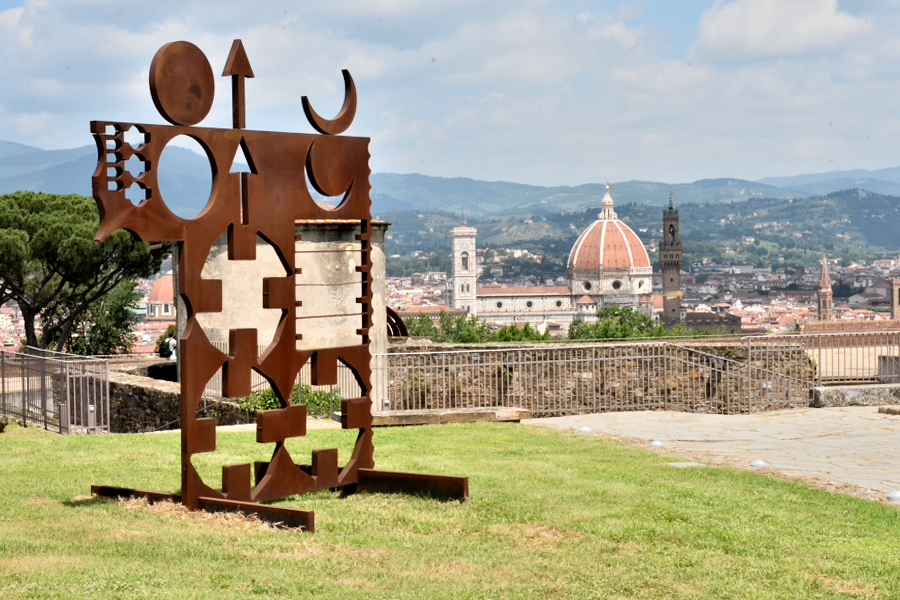 21 Find your way to Forte Belvedere for a visit to the sculptures of Italian avant-garde pioneer Eliseo Mattiacci in the current exhibition GONG.

22 Make it a balmy movie night! Venture to Campo di Marte’s lively open-air cinema at the Mandela Forum, the Arena di Marte, which is showing a mix of blockbusters and art-house indie films this summer.

23 Power walk to Bellosguardo or get lost winding through the maze-like streets on the way there—you’ll feel miles away from the city chaos. A “senza glutine” cone outside of the gelateria “Perchè no!” in Florence, Italy / Ph. Victoria Sgarro

24 Indulge in a gelato favor you’ve never sampled before. See here for some ideas.

25  See Porta Romana from a new perspective: climb the city center’s southernmost gate and get a history lesson while you’re at it. Email info@muse.comune.fi.it to book your spot.

26 Sift through the market treasures at today’s Ciompi antiques fair in piazza Ghiberti.

27 Snag some last-minute deals during the final days of the saldi (sales) season, which is slated to end in Tuscany on September 1. 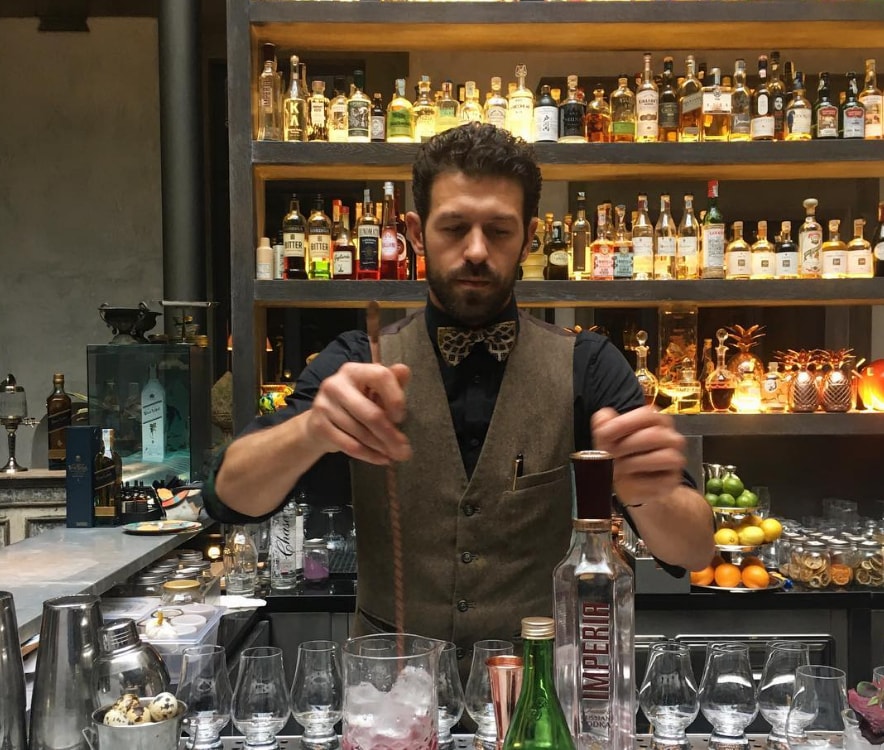 28 Swap out your customary Aperol Spritz for something equally refreshing, but surprising to your tastebuds. See here for ideas.

29 From 7.30pm in Serre Torrigiani in Piazzetta, ham it up with The Florentine, Ruffino and actor Ciro Masella as he gives “A Eulogy to the Hangover” for his #WineWednesday talk. Naturally, there will be wine. 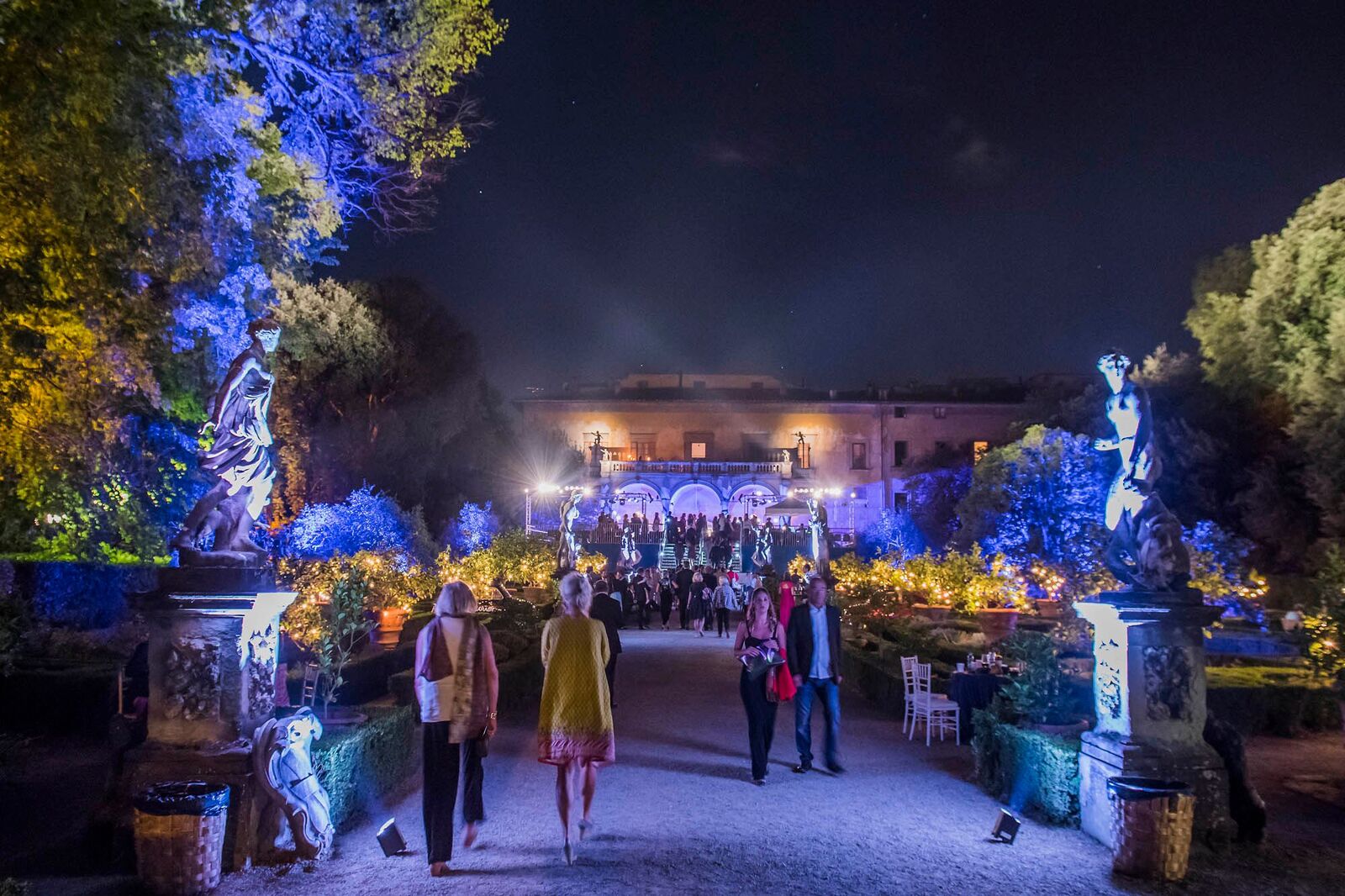 2017 edition of the New Generation Festival

30 Bask in the fresh air of Florence’s Corsini Gardens as you watch performances from some of the world’s emerging music talents during Day 2 of the elegant and exclusive New Generation Festival. Tonight is Tchaikovsky time!