Traces: Let Fashion Drive You is an eclectic show dedicated to travel and all the “packing” it requires, whether for jet-setting soirees, opera evenings or the windblown journey from here to there. Pitti’s Museum of Fashion and Costume guides the wanderer through decades of style and otherwise unseen art. Here are a few fashion-art combos to catch before the end of the year. 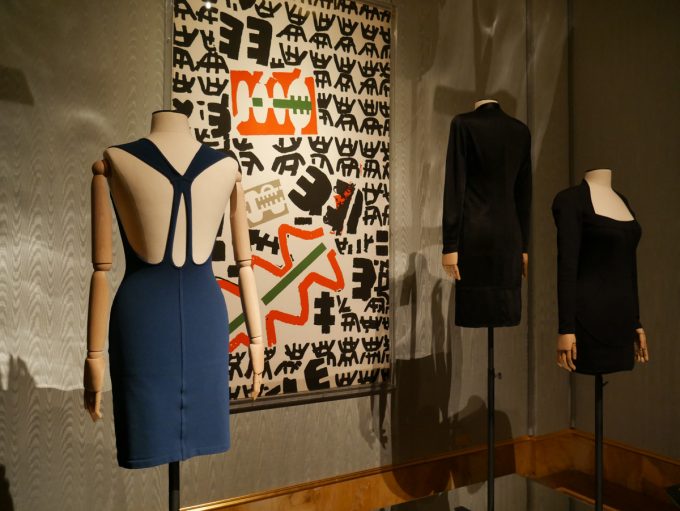 When 20th-century artist Costanza Mennyey noticed her husband’s never-ending obsession with painting the same symbols over and over, she began to question his mental health. Nonetheless, Giuseppe Capogrossi’s repetitious canvases made him an icon of post-war abstract painting in Italy. He was revolutionary, critics thought, and they may well think the same about the interesting art installment on show at the Uffizi Galleries, which matches Capogrossi’s orange and black canvas with ultra-sleek tube dresses by Tunisian-born minimalist designer Azzedine Alaïa, who was all the rage in the 1980s. The explanation
behind such a creative pairing came thanks to a recent interview with the show’s co-creator and curator of the Pitti’s Modern Art Gallery, Caterina Chiarelli: “The real advantage of a show like this one is that it emphasizes points of interweaving and entanglement that can
exist between different artistic languages, tastes and formal expression inside the same cultural climate. It’s what you might call ‘reaching an understanding in art.’”

Anna Sanesi’s tapestry-like work Spring in the Swamplands (1965) is an interesting match for a series of glaringly bright creations that reflect all the hullabaloo of this revolutionary decade. The neo-naturalist canvas is indeed true to its name, especially when exhibited in contrast with Oleg Cassini’s sparkling geometric pantsuit. Judging from the outfit, no one would guess that this was the same man who dressed Jackie Kennedy in far more subdued garb. Born in Prato in 1934, Sanesi was a student of Ottone Rosai, whose studio is a stone’s throw from the Modern Art Gallery. Ken Scott’s crepe Kaleidoscope, incidentally donated by the late artist and textile designer Susan Nevelson, completes the installation, as does Emilio Pucci’s notable outfit inspired by Sicily’s Monreale Cathedral, built between 1170 and 1189 with Arab, Norman-French and Byzantine nuances. Needless to say, it is the ultimate blend of ancient and modern.

At the Advancing Women Artists Foundation we are particularly happy that the in-storage painting by Pasquarosa Marcelli has “seen the light” during this show. This model-turned-painter became a well-respected exponent of the Scuola Romana, which sought to reaffirm classical ideas in visual arts, particularly during the interwar period. “Pasquarosa’s presence at such a refined exhibition would have made her happy,” writes her grandson Paolo Bertoletti, in Florence for the day from Anticoli Corrado. We’ve been friends since writing the book When the World Answered, in which Pasquarosa was honored as a “Flood Lady” for having gifted her works to Florence after the 1966 food. How does Pasquarosa’s colorful Parrot match up to the one made with applications in colored leather? Fashionistas will find her work a flamboyant match for the man known for his Apache prints and jacquard stripes … Roberto Cavalli, of course!

For firm believers in rescuing forgotten art from oblivion, this show’s premise is on the right track. 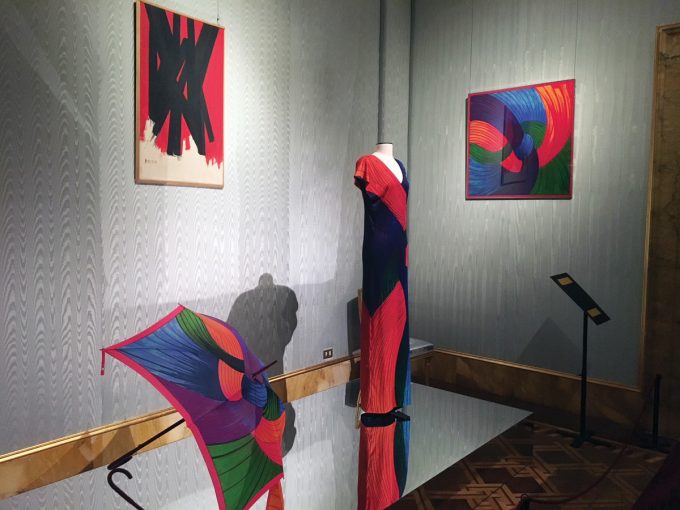