A chat with the new director of Florence’s French Institute

"I always want to discover Florence’s wealth of heritage"

Before the Christmas holidays, The Florentine sat down with Manon Hansemann, director of the Institut Français Florence, who took up her position in September.

Helen Farrell: You’ve accrued considerable experience in France. Is it true that you’re the youngest person to become the director of the Institut Français in Florence?

Manon Hansemann: No, I’m not the youngest because the first ever director of the Institut Français in Florence, Julien Lucher, was 31, and I’m 38. I’m an architect by profession and I studied historical heritage. I started my career as an architect des bâtiments de France {ed. the ABF is the professional body in charge of the landscape and visual impact of buildings on the environment} in Poitiers and then in Angoulême, where I managed the surroundings of historic monuments for eight years. My next appointment was in La Rochelle where I managed four monuments that belonged to the State: the La Rochelle towers, the house of Georges Clemenceau, a Gallo-Roman site and a Benedictine abbey. These four monuments were open to the public with a regular flow of visitors, and there was a cultural events series alongside the ongoing conservation. 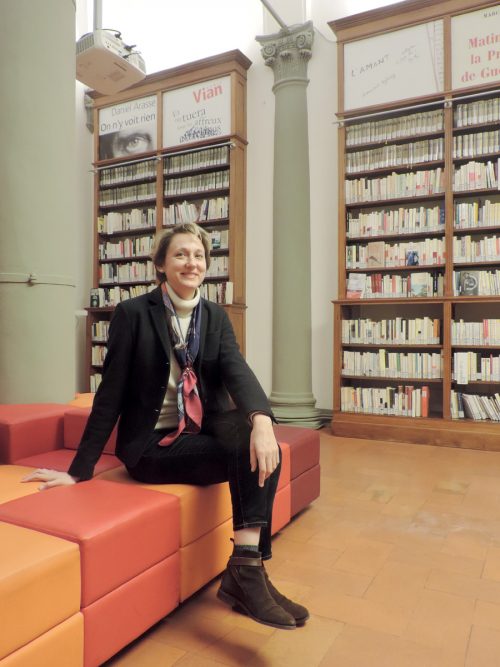 HF: What aspects of your background in architecture and cultural heritage do you intend to apply at the French Institute?

MH: We’re working on next year’s cultural programme, starting with cinema. We’re working together as a team because everyone who’s already here obviously knows the history and functioning of the Institute well, so it’s important that all my colleagues are involved in planning the programme. We shared the choice of films with two associations: Florence Accueil, an association for French people who live here in Florence, and the Associazione Amici dell’Istituto Francese di Firenze, the Friends of the Institute. There will be three films a week and we’re also organizing a children’s programme on the last Saturday of the month for families.

HF: The French Institute is a centre for culture, education and community. What’s most important?

HF: You also have a wonderful library to maintain.

MH: Yes, the library reflects contemporary France situated right on the piazza. It’s an invitation to learn about French culture in Florence with an extensive collection of titles, magazines, newspapers and recently released award-winning movies. Plus, we have a space for children, the Jeunesse corner, which is well stocked with illustrated books, early reading material, comics and audiobooks. It’s a quiet place in the city centre to read and study. 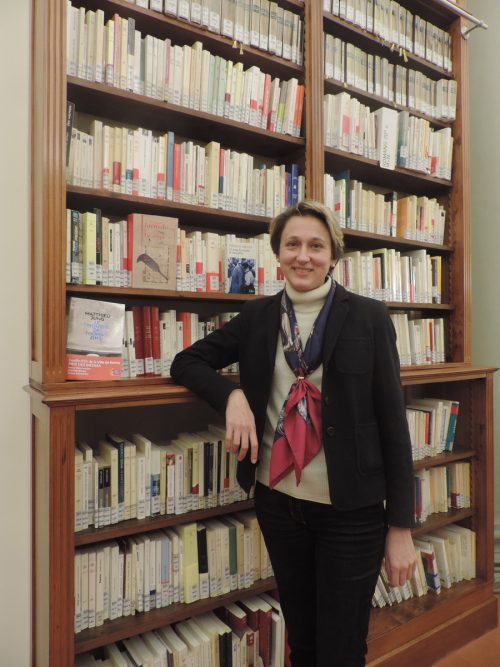 MH: We’re working with the Comune to come up with something.

HF: How many French people live in Florence and what services does the Honorary Consulate provide?

MH: There are just over 5,000 French people residing in Tuscany and the region is visited by approximately 300,000 French people every year. At the Consulate we mainly help tourists who have mislaid their passports.

HF: You arrived in Florence in September. How are you adjusting to life in the city?

MH: I’m enjoying it. I always want to discover Florence’s wealth of heritage. I moved here with my family, so we visit something different every weekend. There’s always an exhibition, somewhere historic to explore and cultural events to experience.