“Sourcing the very best ingredients from niche producers is important to me given that the food supply chain is increasingly dominated by large-scale retailers. Have you ever seen bottarga like this? [The chef gestures to a long, thin slab of veined red tuna bottarga.] It was cured in Sicily with elderflowers and dog rose. Or smelled a cheese like this? It’s a Canestrato that’s been matured for 24 months—you can play it like a drum! These are the true excellences of the kitchen, like this Nebrodi black pig prosciutto, whose pink, slightly saline meat is even tastier than the famous pata negra. 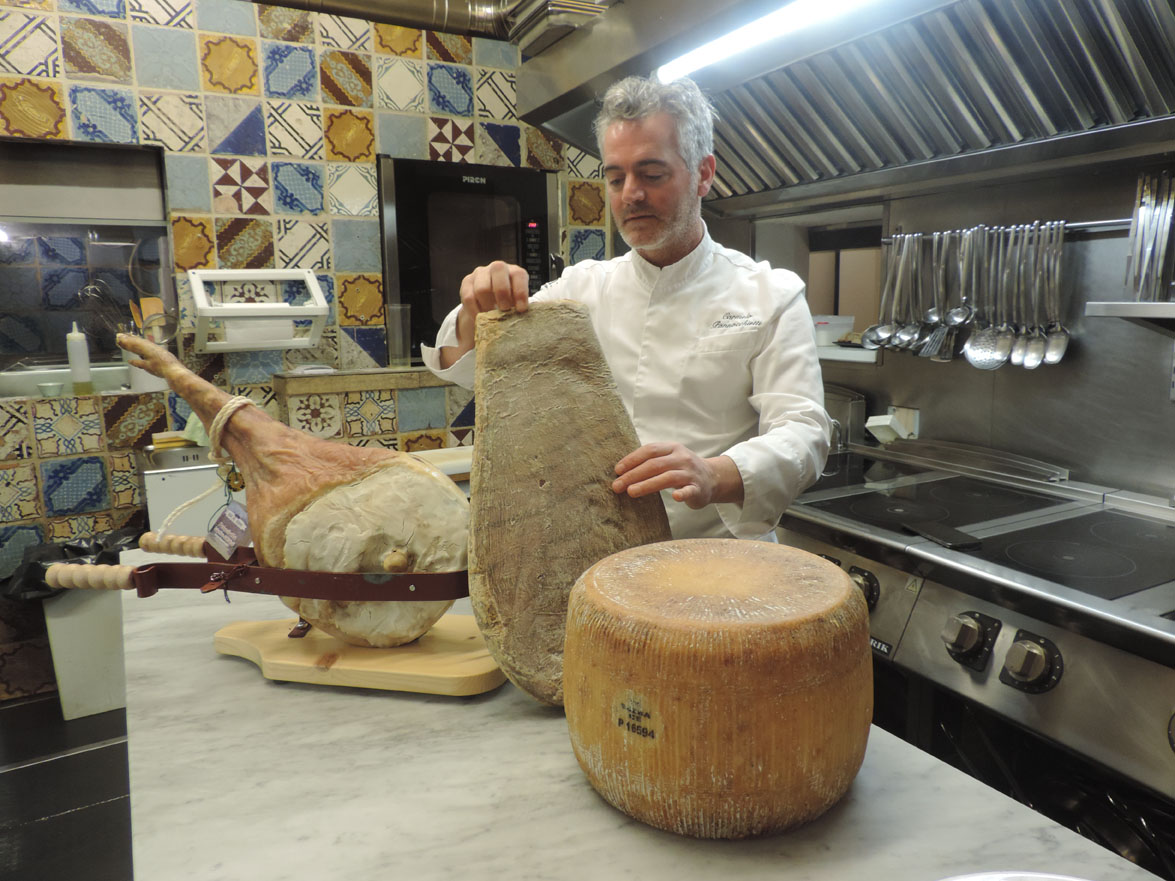 Chef Carmelo Pannocchietti with his favourite produce from Sicily

Then there’s the fresh ricotta I use to fill cannoli on the spot: to achieve the perfect consistency, it is left to drain for two days before being pressed (not whipped) with granulated sugar. Served with ratafià, a liqueur made from sour cherries and Montepulciano d’Abruzzo wine, it’s a heavenly match.

The following recipe at my restaurant Arà: è SUD is a reinterpretation of parmigiana using our Sicilian Ragusano cheese, which is made from cow’s milk. September is the only month that’s good for producing Ragusano as it’s when the grass is fresh. It’s a PDO cheese, protected and made exclusively in the Sicilian provinces of Ragusa and Siracusa. Ragusano went through a commercial spell, but since it’s been rediscovered and given PDO status it’s become really hard to find. I wanted to reinterpret parmigiana, a classic Italian dish that Sicily is proud of, by using our Ragusano instead of Parmesan. To dress the dish I stay true to the local area by Monti Iblei PDO extra-virgin olive oil made from the Tonda Iblea cultivar, which is one of the most prized varieties in Sicily.

It’s a simple dish to make. It’s all about the aubergine, which is an ingredient primarily from the south of Italy. Here I use the Lunga Nera, but there are myriad varieties: Berlina, Viola, and even the Fiorentina.” 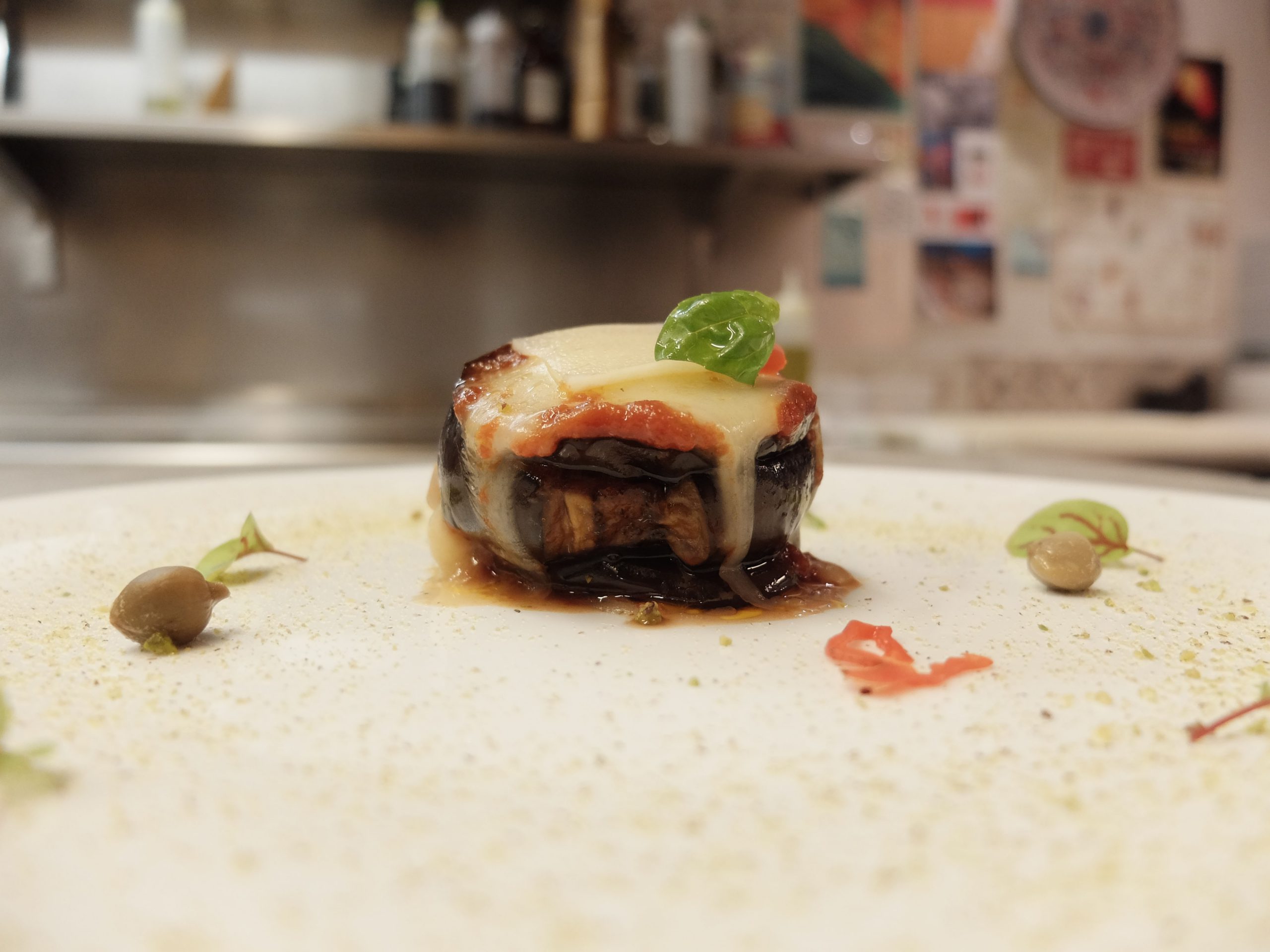 This recipe is a reinterpretation of parmigiana using our Ragusano cheese.

Clean the aubergine and cut the three sides of the skin to make what almost resembles a square. Cut into slices measuring between 1.5 and 2 cm in thickness, making sure the slices aren’t too thin or they’ll break up when you fry them. Fry the aubergine in very hot oil. The temperature of the oil is important—it mustn’t be lower than 180°C. Set the aubergine aside to cool while preparing the other ingredients.

Boil the egg for about 8 minutes. Drain, let cool and peel. Make a simple sauce with the tomatoes.

Place a first layer of fried aubergine on a baking tray, followed by egg, tomatoes and Ragusano. Repeat with three or four more layers, depending on the height. Finish with a tomato and a Ragusano layer. Bake in the oven at 180°C, so that all the ingredients merge. Transfer to a plate and serve, adding a basil leaf garnish.