Pianist Hershey Felder began a recent interview with The Florentine by reminding us—because it’s all too often forgotten—that Florence was the birthplace of the piano. Its inventor was one Bartolomeo Cristoforo, a Paduan, who in 1688 came to the melomaniacal court of Grand Prince Ferdinando de’ Medici, son of Grand Duke Cosimo III.

As we know, western music was invented in Italy, and it sometimes seems that most western instruments were too. Cremona emerged as the dominant city for violin-making, a stature that it commands to this day, while Venice, in her serene way, carved out a good line in cellos. It would have been easy for the Florentines, with the piano to their name, to sit back and let the northerners handle the strings.

But resting on their laurels was not in the Florentines’ nature, nor was being cowed by bigger players. Now, in 2020, it’s fair to say that cisalpine clout has not stopped Florence from building a long-standing violin industry of its own, supported by just the right number of luthiers to keep supply and demand in the balance. And one gets the feeling that they like being slightly off the beaten track, free from the stringy tourist tat that litters Cremona. Prospective buyers know the quality that Florentine craftsmanship assures.

Claudio Arezio is one liutaio that nobody could accuse of self-publicity. He seems to have no need of it. In his inconspicuous San Frediano workshop, where he has plied his trade since 1979, one sees all work and no shop: no concessions to the visitor, who is free to wander in and gawp at the sheer number of tools on the workbench and admire the rack of five or six instruments, suspended in various states of progress. But Claudio seems amused, even perplexed by any attention at all. Five or six instruments are typically what he will make in a single year, he tells me, all of them to commission. Unlike in other businesses, people trooping through the door can only distract him from his work. 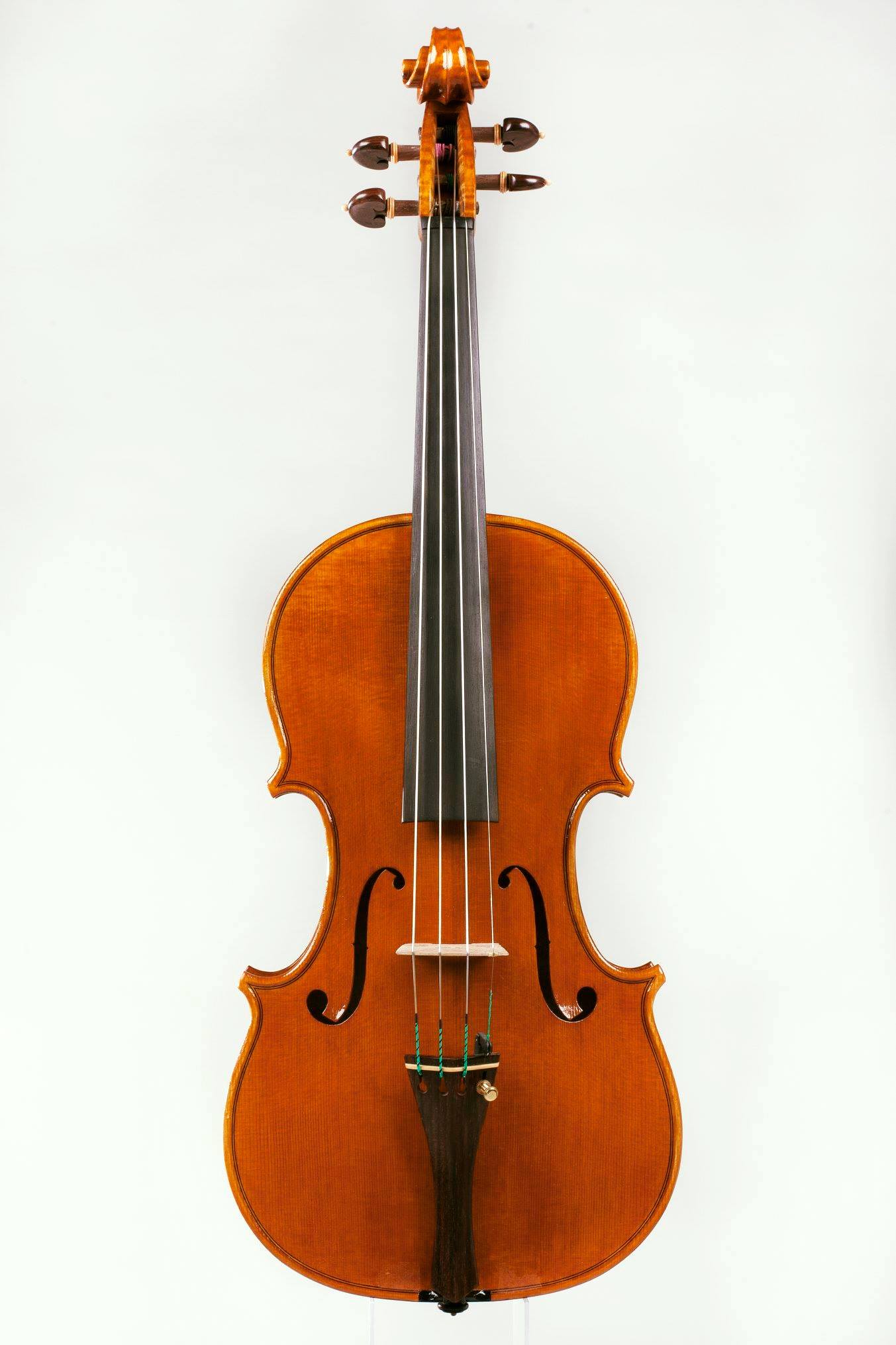 At the other end of his career is Tommaso Pedani, who unlike Claudio keeps an attractive little showroom between his workshop and the street (via Firenzuola). A fairly new addition to the world of luthiery—he opened in 2015—he currently works alone. It’s not surprising, then, that I should catch him at a bad time, repairing a bow that has to be done within the hour. But we agree that I’ll pass by again soon. It’s good to see that he’s busy.

On the other side of town, in via il Prato, Paolo Sorgentone and Michele Mecatti run a ship with a larger crew and a décor that reflects the Brunello-like lustre of their instruments. Paolo is out, but Michele patiently forbears with my bad Italian and general ignorance, showing me which parts of the violin are generally made of spruce and which of maple. The spruce, which among other things goes into the soundboard and scroll, comes from a forest in the Val di Fiemme, in the alpine reaches of Italy’s north-east. Stradivarius himself favoured it, the trees growing tall and straight enough to iron out most knots. Surely there’s a risk of overexploiting this resource? On the contrary, Michele says, the wood is actually expanding: the local foresters keep a close eye on things. I later learn that of this, the most luthier-friendly of spruce woods, only 10 per cent of the trees are suitable, but that’s compared to a global average of 0.8 per cent.

Where his craft is concerned, Michele strikes another optimistic note. Yes, Covid-19 has affected the business. But their biggest market—East Asia—is growing all the time: “Think how many young people in China play classical instruments now compared to fifty years ago,” he says, noting that Italian strings still enjoy a rare cachet. A sunny outlook is a rare thing to find in an artisan’s studio, but Michele and Paolo have the confidence to take on a number of apprentices, three at present. They clearly still think it’s a viable craft, an art that will always be worth learning.

The question of apprenticeship is one I put to Lapo Vettori, youngest son of Florence’s most venerable luthier. He, father Paolo, brother Dario and sister Sofia all produce their own individual instruments from start to finish: each violin, viola, cello and double bass is a true solo project. Paolo’s father, Dario senior, started out by playing the viola in a quartet in the Apennine town of Firenzuola, where he began to make his own instruments, earning the sobriquet il liutaio della montagna (the mountain luthier). After training himself in his father’s art, Paolo took the family business down the hill to Florence, setting up shop just behind piazza San Marco and passing the craft on to his own children. Lapo looks bemused at the idea that he might ever have done anything else: “We grew up in the workshop,” he says. “It’s just what we do.” 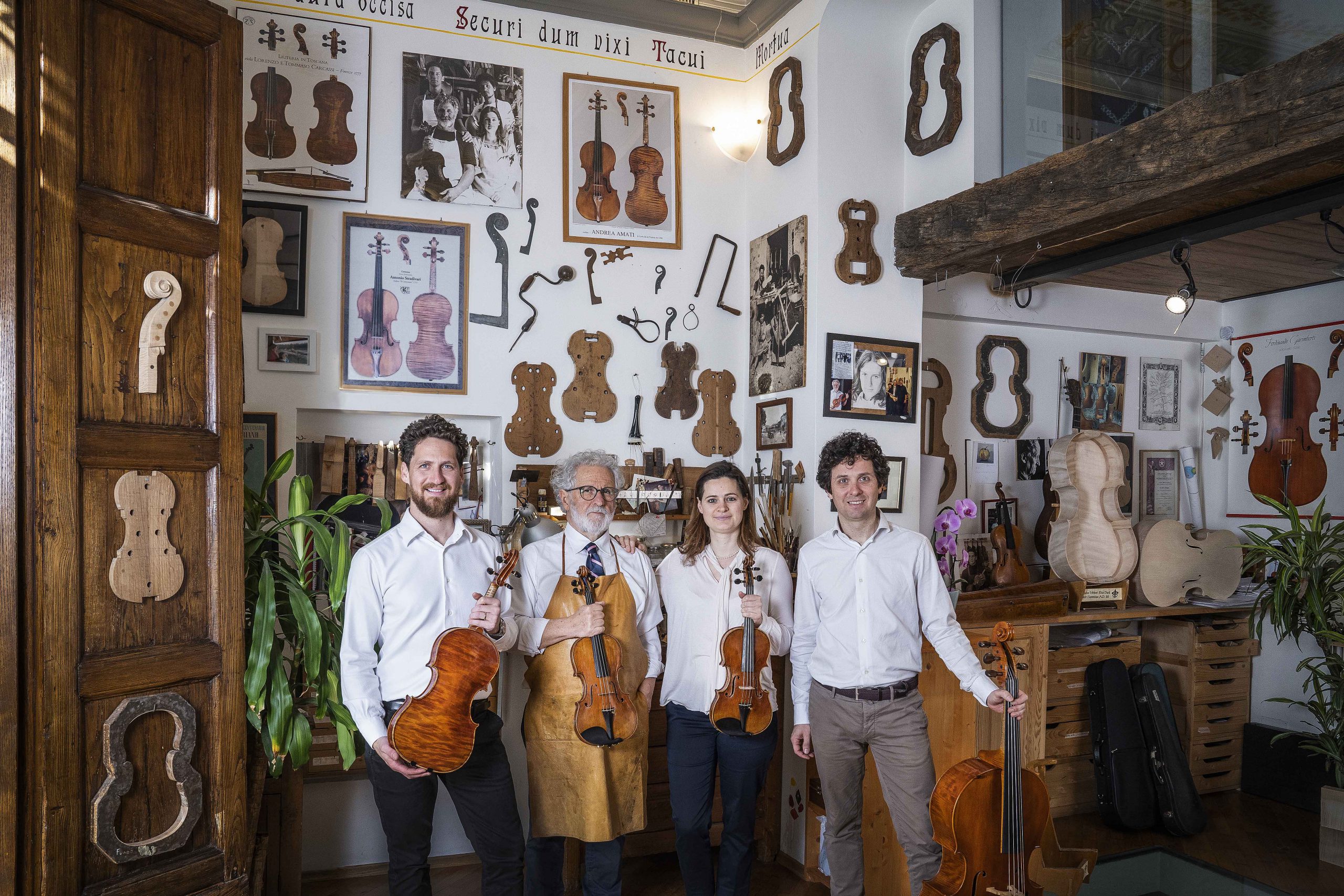 The family tradition has a lot to recommend it, father and son both agree, because it gives a bottega a chance to put its roots down in a place, to season like the centuries-old trunks of wood that I see piled up, ready to go into a new instrument. The problem for the tradition in many Italian towns, they say, is that its aspiring violin-makers will probably go to a “standardised” school in Cremona or Brescia, where they will likely stay to work with the ready contacts, kudos, tools and materials. At least this isn’t always the case: Michele, from Sorgentone and Mecatti, trained in Cremona before returning to Florence. But in schools you don’t learn secret family recipes, not like Dario I Vettori’s special varnishing formulas, which he left to the family in his notes.

Commissions come from musicians with specific requests: a certain model, a particular tone, volume or “attack”. Does the luthier know, I wonder, how the instrument will turn out? It’s not like cooking a meal, which can be tasted at any stage of its preparation. The Vettori family have an advantage here, because, unlike many luthiers, they are highly proficient string players in their own right. The children all studied at Florence’s Cherubini Conservatory (Lapo violin, Sofia violin, Dario cello), and with Paolo on the viola they occasionally play together as the Amati Quartet.

I do feel in the presence of a profound goodness, talking with Florence’s luthiers. They seem to confront the world and their work with the grace and balance that make their instruments so special. People may fear for Florentine craftsmanship, but as long as string players need strings to play, it will survive at least in the liutai.