Vermouth is a night-off for a wine lover. Coriander? Tonka bean? Sage? Like pot pourri in a tumbler, guessing the botanicals defies reason. The fortified and aromatized wine is basking in newfound popularity around the world, especially Europe, the Middle East and Africa, with vermouth sales forecast to rise by 3.3 percent this year, according to trade publication The Spirits Business. 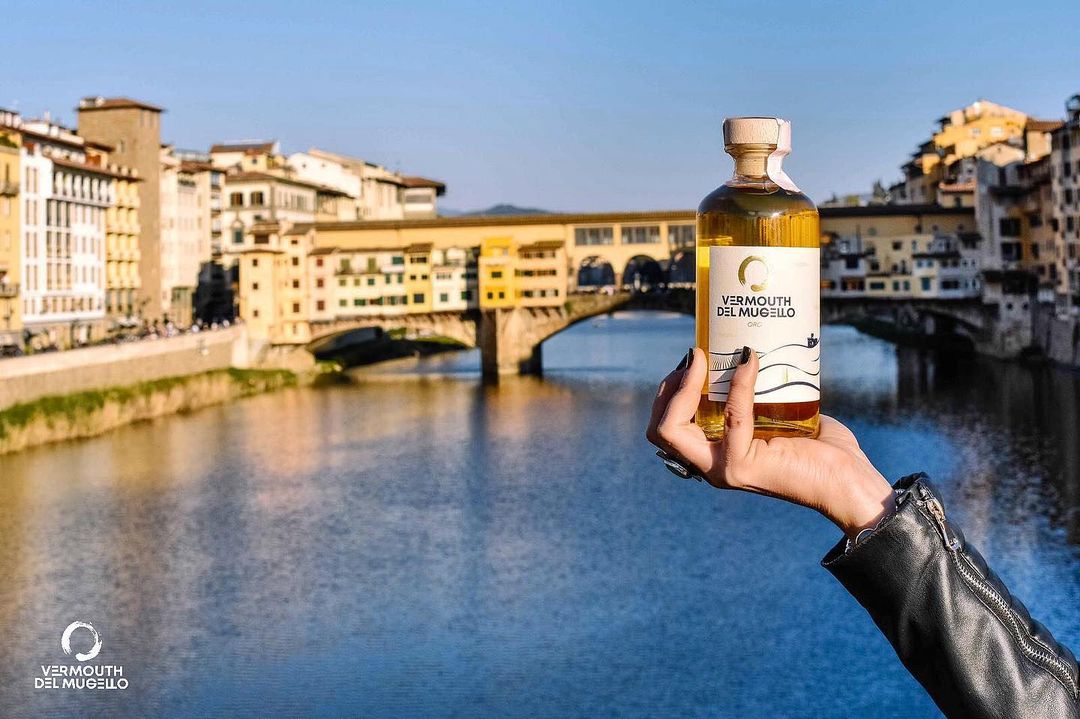 The Romans drank wine infused with wormwood, vinum absinthiatum, the precursor to vermouth, as noted in first century AD recipe book De re coquinaria, attributed to Apicius. Much later, in 1570, Giovan Vettorio Soderini, a Florentine agronomist, wrote that “wine of wormwood, rosemary and sage is still made in Hungary and is drank in Germany” (Trattato della coltivazione delle viti, e del frutto che se ne puô cavare), while in 1773, Volterra-born Giovanni Cosimo Villifranchi stated in his Enologia toscana that “nowadays, a medicinal and digestive white wine with the Germanic name Wermouth is much esteemed in Tuscany and elsewhere”. History lesson aside, Antonio Benedetto Carpano is credited with making vermouth a viable commercial drink by adding sugar and upping production in Turin in 1786.

In recent years, and increasingly in 2020 with a fall in wine sales caused by the pandemic, quality vermouth has come to the forefront in Tuscany.

“At the beginning of lockdown, I decided to make a proper vermouth using ingredients from the Monte Amiata valley,” explains Charlotte Horton, winemaker and owner of Castello di Potentino. “It was also inspired by the stories of winemakers selling their excess wine for a pittance to be made into industrial alcohol. With a lot of wine sales blocked, I started to turn some of our wine into high-quality neutral alcohol as a base and boost the price instead of lowering it. It’s diversification, expansion, and an upgrade… We used my Alicante or Grenache, as I noticed in France many vermouths are made with Grenache. It is a bit more robust and has a more prominent structure, so it could take the sugar and herbs.”

Horton may have devised the recipe, but she entrusts the distillation to award-winning Priscilla Occhipinti at grappa masters Nannoni, also headquartered in the Grosseto province. The resultant vermouth is a cornucopia of herbs and spices with vibrant cinnamon, wild fennel and almonds. 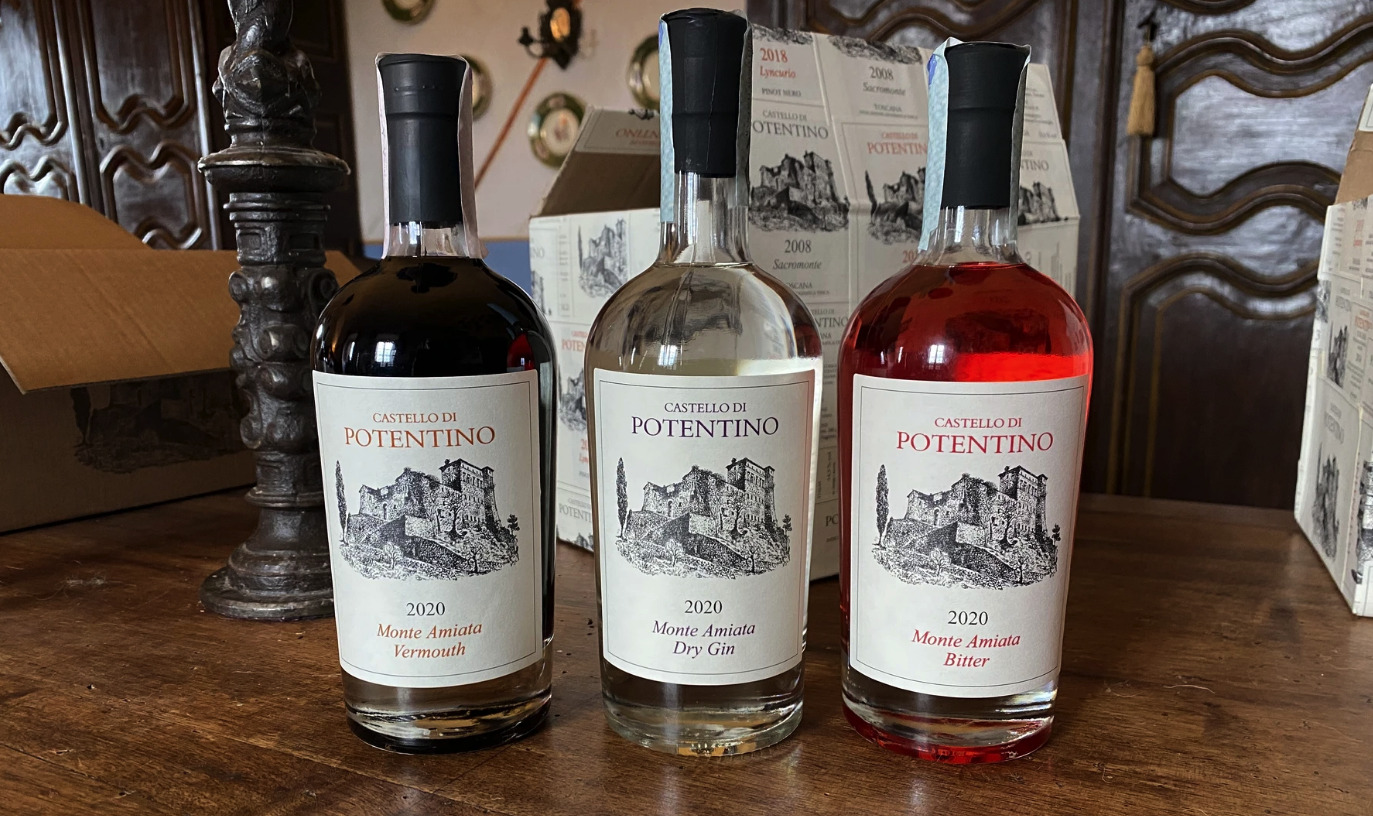 Italian law requires vermouth to have an alcohol by volume of no less than 16 per cent and no higher than 22%. It must contain herbs from the Artemisia genus of plants, such as mugwort, wormwood and sagebrush. While some vermouths boast a huge number of botanicals, others are opting for a stripped-back approach.

“The concept underpinning everything we do is ‘less is more’, so we remove the superfluous to add value and seek the essentials to achieve the very best,” writes Benedetta Berti, from Vermouth del Mugello. Established in 2018, the Tuscan brand produces two types: a lighter Oro, made from Vermentino infused with Mugello-grown saffron, and the richer Cremisi with Chianti wine macerated with fourteen botanicals, including cloves, cinnamon and bitter orange. Ruby red, wild like a hedgerow and warming like mulled wine, it reminds me of Christmas in a glass as it dances around the mouth with a tantalizing astringency. I loved it both on the rocks as a pre-dinner drink as well as a merry accompaniment to a dark chocolate-streaked panettone. The Oro is proving popular among bartenders, featuring on cocktail lists at the likes of the Four Seasons Florence. 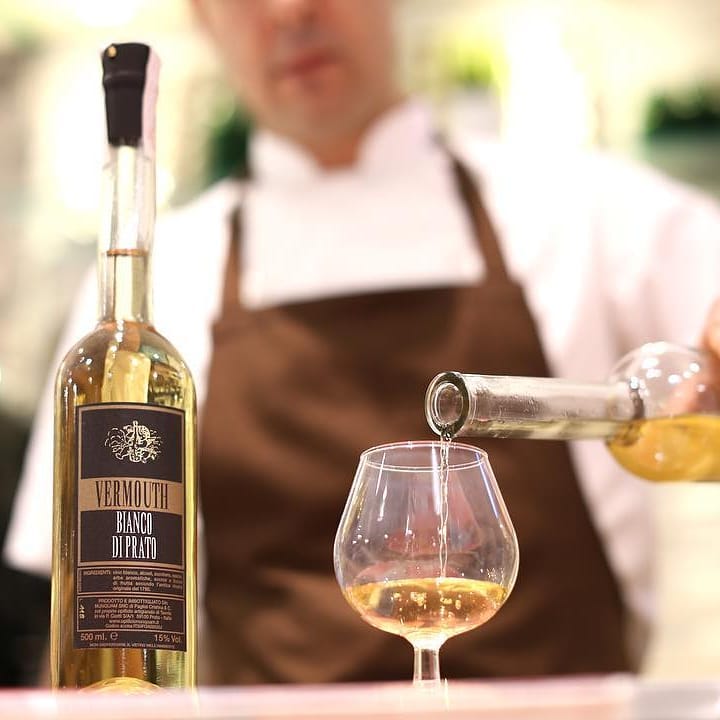 Vermouth del Mugello is actually produced at Opificio Nunquam, in the village of Tavola near Prato, whose factory has been crafting white vermouth since 2007 based on a recipe dating to 1750. The tradition was resurrected by Fabio Goti and Cristina Pagliai after a sixty-year hiatus in which the local liquor, served as a winter drink, had fallen by the wayside. Ippocrate, a distinctive vermouth made according to a recipe belonging to Fabio’s maternal grandfather, and a rosé vermouth are also produced on the premises with Sangiovese blended with the Trebbiano and Chardonnay base. For Goti and Pagliai, the process begins with selecting quality herbs and spices to flavour the Tuscan wine as naturally as possible. Paired with almond-studded cookies or a blue cheese, Opificio Nunquam’s traditional Vermouth Bianco di Prato has a poised sweetness and a bitter finish.

Wine behemoth Ruffino also turned its hand to vermouth (and amaro) production in 2020 with the attractively packaged Antica Ricetta range. Inspired by a Tuscan recipe dating to 1737, the company’s own Toscana IGT white wine forms the base, which is fortified with alcohol. The wine undergoes a slow infusion process with more than 25 carefully selected botanicals; iris and mulberry come through on the nose. Refreshing served solo with a couple of ice cubes and a slice of orange, the vermouth unfurls its considerable structure, unctuous but bright, bitter but changing on the finish. Midsummer, a Ruffino-designed Conte Negroni with 3cl of Antica Ricetta Vermouth, 3cl of Antica Ricetta Amaro and Peter in Florence gin proved the perfect tonic to the year’s antics. 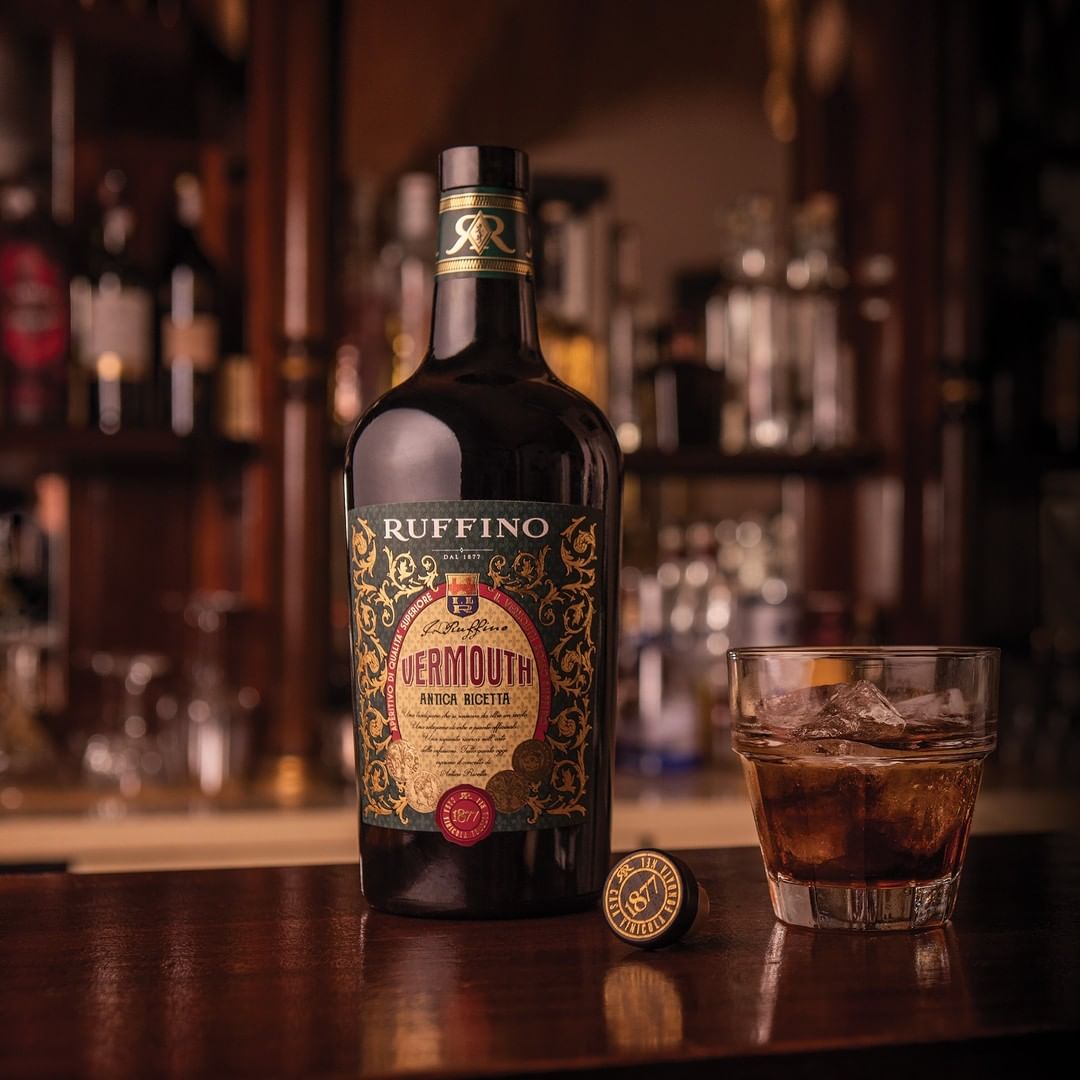 “Vermouth: born and raised in Tuscany” describes how Chianti Classico winery is devoting a percentage of its grapes to the drink. Enrico Chioccioli Altadonna, son of respected oenologist Stefano Chioccioli (Capezzana, Tua Rita, Livio Felluga), decided to renounce his legal career to pursue a passion for distillation. After gaining experience at a Bourbon distillery in Brooklyn and in Cognac, France, Enrico opened Winestillery, the first and only independent craft distillery in Chianti Classico. “In addition to gin and vodka, we produce two vermouths: a Sangiovese-based red vermouth with nineteen traditional Tuscan botanicals and a Trebbiano-based dry vermouth with nine traditional Tuscan botanicals,” details Enrico. “Both products are made by macerating natural botanicals without the use of caramel or any other corrective ingredients. This is owed to our production guidelines, which we’ve set for ourselves and called the Grape to Glass Manifesto.” On sipping the glistening red potion, Tuscany puts in an appearance, tantalizing with complex layers of rosemary and red berries. 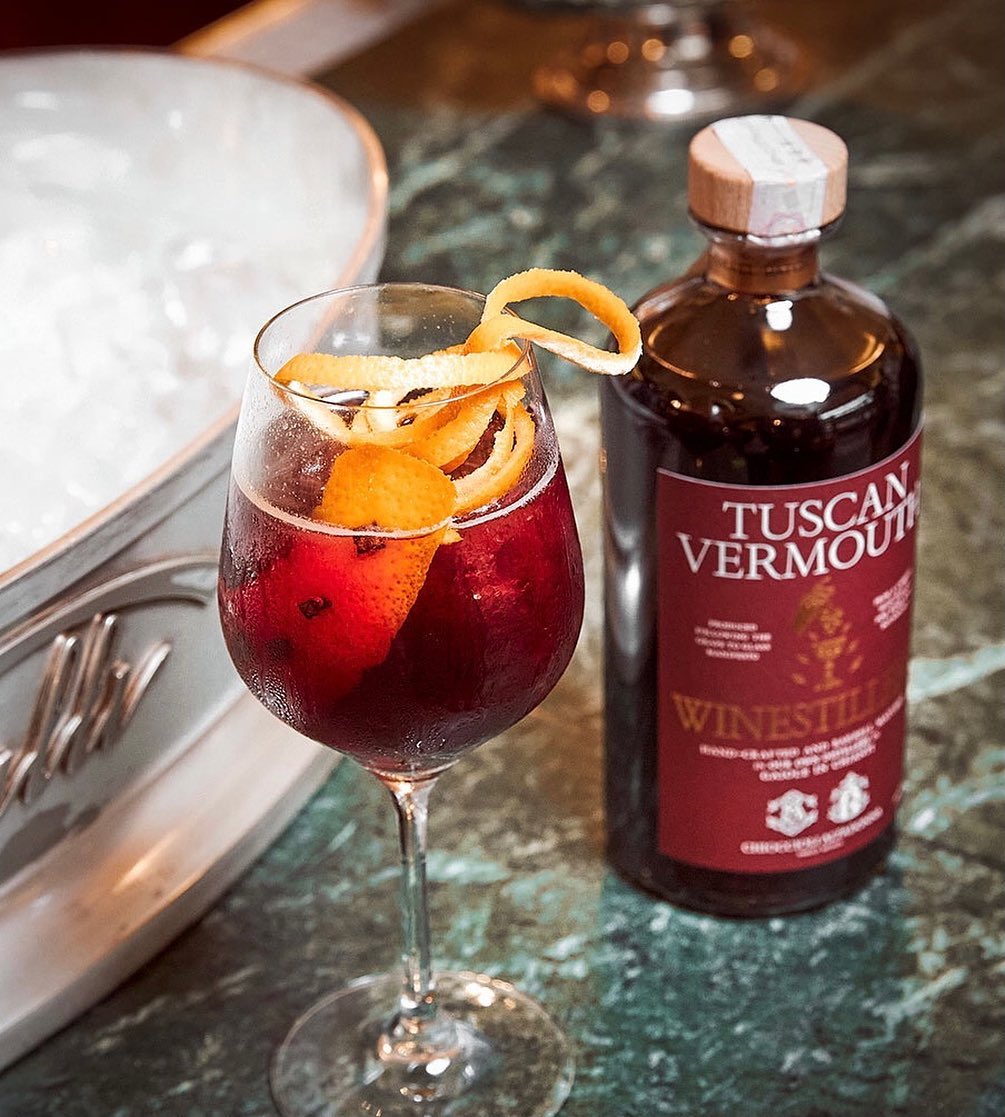 Vermouth: born and raised in Tuscany by Winestillery

The world’s best-loved cocktails—the Martini, Manhattan, Rob Roy and Florence’s homegrown Negroni—would not exist without vermouth. Dry, sweet, red, rosé and white, Tuscany is painting its own vermouth rainbow to iridescent levels, embracing the region’s wine and beloved botanicals. Take a tumbler and try it for yourself.

How to get Tuscan vermouth

Available in Florence from Enoteca Alessi (via delle Oche)