For the occasion, an e-book has been produced about 16 multinationals that have chosen Tuscany to further their business operations. Invest in Tuscany, Invest in Values is available as a free download in English or Italian from www.investintuscany.com. Readers and potential investors can delve into these companies with explanations, pictures, fact files and information about the region as a whole. Video interviews with English subtitles and publicity aimed at an international audience will accompany the publication. 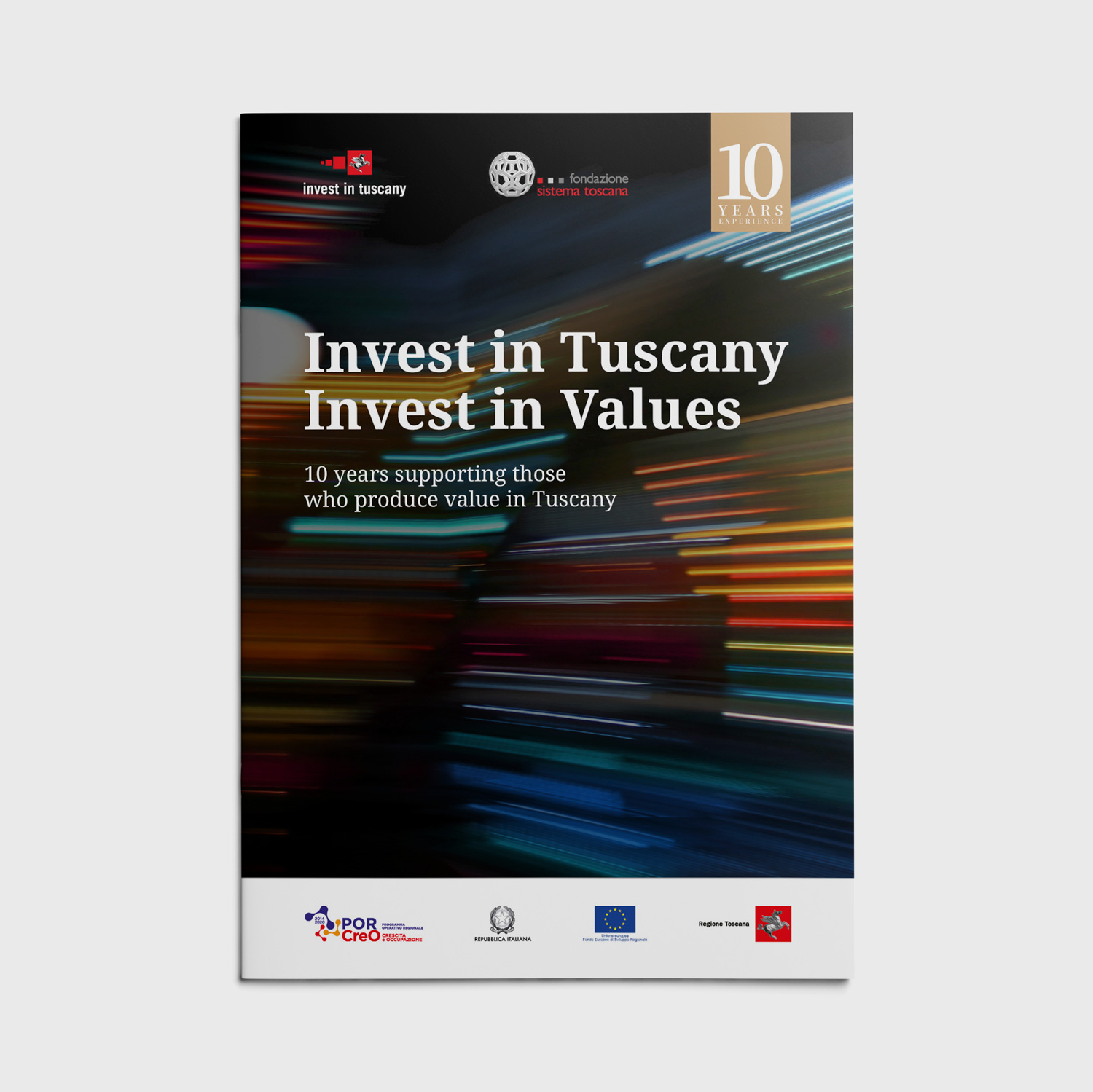 Established in 2010, the Invest in Tuscany office attracts foreign investment, listens and acts on the needs of investors, coordinates administrative aspects, makes connections with local partners such as SMEs, universities, spin-offs and public organizations, as well as providing an after-care service for the multinationals already headquartered in Tuscany to maintain and expand existing investments.

“In the last five years, more than 100 foreign direct investments have been made in Tuscany, creating more than 7,500 jobs,” explained Eugenio Giani, president of the Tuscany Region. “More than 2.8 billion euro has been invested in capital. Regardless of the pandemic, these figures show how our region continues to be attractive: investing in Tuscany means investing in shared values.” 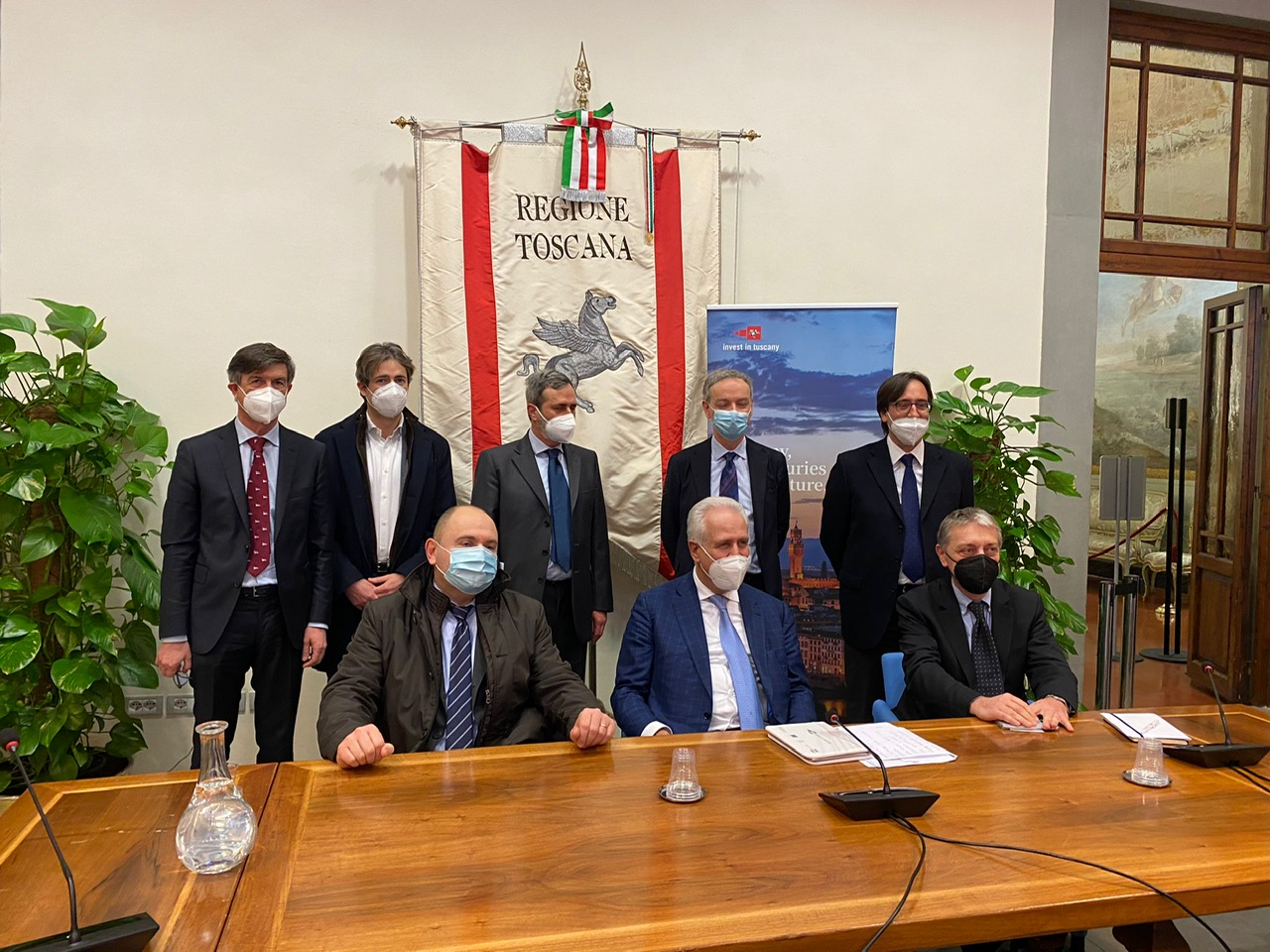 Presenting the “Invest in Tuscany, Invest in Values” e-book in Florence on January 25, 2021

Sustainability, research, innovation and local communities are the keywords that emerge from talking with the Tuscany-based multinationals, which will lead to a greener and competitive future. Examples include the hydrogen blend turbines developed by Baker Hughes, the production of tissue paper from food waste by Swedish company Essity in Altopascio, and sustainable steel by Liberty Magona in Piombino. In the current climate, it would be remiss not to mention the world-class pharmaceutical and medical research conducted in Tuscany. Vaccine giant GSK is working on monoclonal antibody treatments for Covid-19, Eli Lilly has developed innovative medications for diabetes, and Esaote, a world leader in diagnostic imaging, has reacted to the global health emergency by manufacturing portable models for use in intensive care units.

Importantly, Tuscany continues to demonstrate verve and potential, despite the downturn caused by the pandemic.

“2020 closed with 69 investments totalling approximately 1.4 billion euro,” commented Filippo Giabbani, executive director of Invest in Tuscany. “The fashion industry stands out with 17 investments. Balenciaga announced its decision to build a new factory in Cerreto Guidi. Furla has nearly completed its investment in Barberino Tavarnelle. Fendi has started to strengthen its headquarters in Bagno a Ripoli and Yves Saint Laurent in investing in Scandicci. After fashion, there’s tourism and private real estate, but equally important in terms of foreign investment are the expansions by GSK in Siena and Takeda in Pisa. Then there’s the Magona relaunch in Piombino by the Liberty Steel group.”

Only Lombardy outperforms Tuscany in terms of the value of foreign investment in Italy. Retail represents 28% of the 101 FDIs made between 2016 and 2020, followed by hospitality (16%) and manufacturing (15%). France is by far the biggest source nation of foreign investments in Tuscany with over 30% of operations, followed by the United States (18%) and the United Kingdom (12%).