Leonardo and Michelangelo: the astrological significance

When we think of Florence, many of us think first of the Renaissance and the greats such as Michelangelo and Leonardo da Vinci. But what of the astrology and astrocartography of the city and its surrounding areas? What part did it play in nurturing and supporting the talent of these extraordinary men? 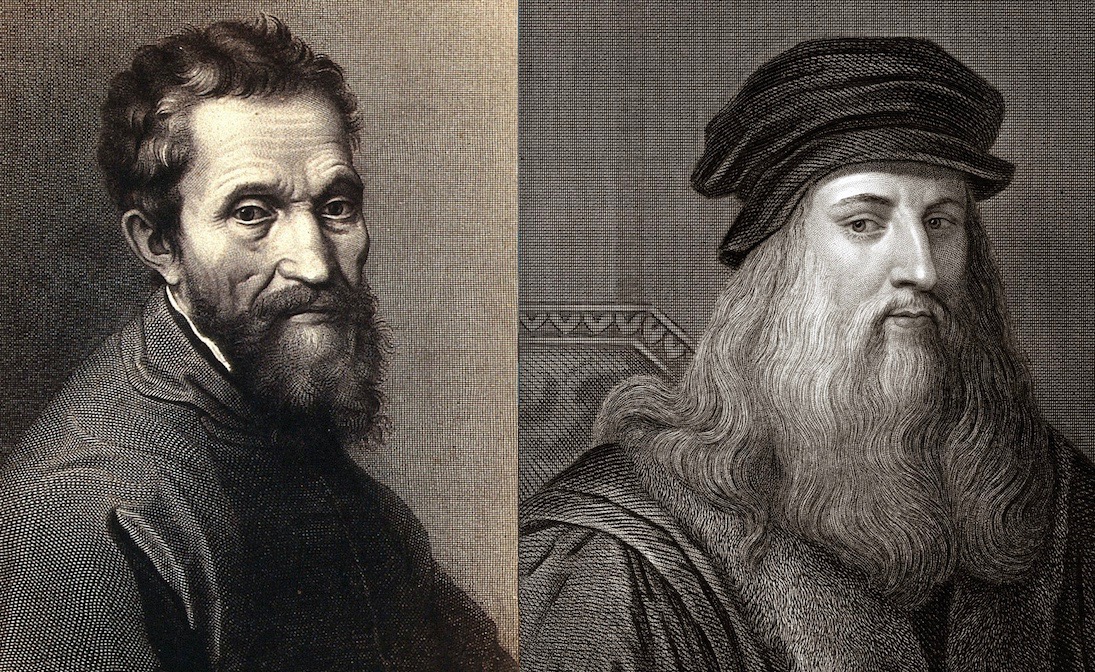 Leonardo da Vinci was born on April 15, 1452 at 22:00 in Vinci. He died on May 2, 1519 in Amboise, France. Michelangelo was born on March 6, 1475 at 01:50 in Caprese Michelangelo. He died on February 18, 1564 in Rome when he was 89, so some five years after his Uranus Return, having also completed his Uranus opposition, his second Saturn Return and his Chiron return. In astrological terms, a Saturn Return, which occurs every 28 to 30 years in a person’s chart, is a time of growing up and taking on real world responsibilities. In a natal astrology chart, Saturn represents structure, order and discipline—a natal astrology chart represents our astrological DNA, what our soul came into this world to learn and experience in this lifetime. In the last three years, there has been a upsurge of interest in astrology, as more people worldwide seek answers to the titanic events they see unfolding.

Leonardo da Vinci was sun sign Taurus, Sagittarius rising, and his natal chart had two grand trines, one in air and another in earth. A grand trine is when the planetary energies of three planets connect to flow effortlessly together in the same element, which is Air, Earth, Water or Fire, and are a common feature in the charts of extraordinary artists. Leonardo’s Grand Trine in air connected the planets Saturn (Retrograde in Libra), Mars (in Aquarius) and Chiron (in Gemini). These powerful flows of air energy would have contributed significantly to his genius and innovation in technology and art, as the element air represents thought and innovation. Leonardo’s second grand trine in the earth signs of Ceres (in Virgo), Sun (in Taurus) and North Node (Capricorn) would have helped his colossal work ethic as the energy of earth is all about pragmatic manifesting and building. 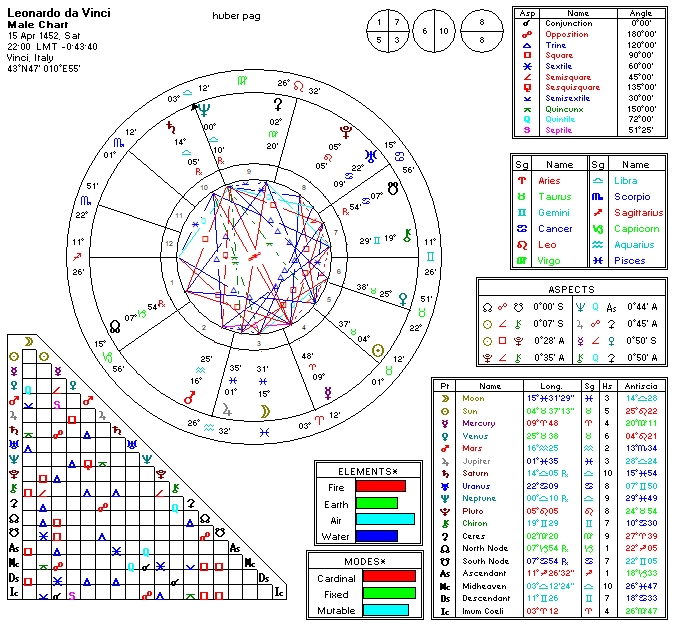 When we look at the astrocartography for the area where Leonardo lived, this is where his chart truly comes alive. Leonardo has a strong Neptune line running off the coast of Tuscany, where Neptune conjuncts his midheaven. A conjunction is where two planetary energies are blended and the midheaven in a natal chart represents the highest point of aspiration, hence the legacy individuals wish to leave to the world. Neptune represents divine inspiration, our highest bliss, where we are most truly ourselves, where our creativity flows through us, not from us. In his natal birthchart, Leonardo had Neptune angular on his midheaven, so we know that it was an important planet for him. He also had Neptune quintiling his ascendant even closer to Florence. A quintile, which has a radius of 34 miles, represents the external manifestation of creativity in a natal chart, so the dreamy Neptunian energy further enhanced his creativity.

Leonardo’s astrocartography for the Florence and Tuscany area

Michelangelo also had two grand trines in his chart, except, in his case, both grand trines are in water, which represents our emotional intuition. Michelangelo was sun sign Pisces and Sagittarius rising, hence Jupiter was his chart ruler. The planet that rules the rising sign is the single most important planet in our natal chart, not our sun sign. Jupiter represents expansion, abundance, higher wisdom, travel, publishing and marketing. Two of his grand trines also involve Neptune: one grand trine links Neptune (in Scorpio) to his Sun (in Pisces) and Mars (in Cancer). The second grand trine then links Neptune to his Mars (in Pisces) and Saturn (in Cancer). 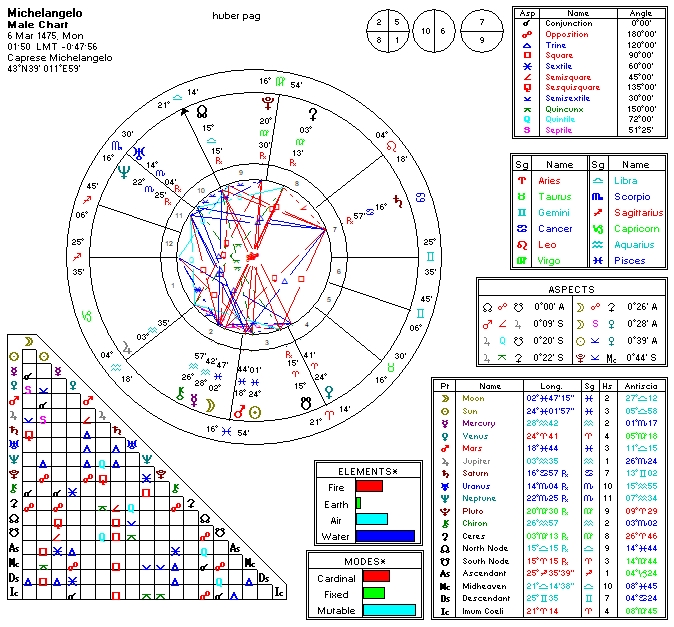 Michelangelo’s astrocartography for the Florence and Tuscany area is also highly Neptunian. Michelangelo had Neptune undeciling his midheaven to the east of Florence and also undeciling this time his ascendant to the west of Florence. An undecile is another minor astrological aspect, which like the other minor aspects, comes uniquely into its own in astrocartography, as it represents deep insight. The ascendant (also known as a rising sign) is the first part of you that the world sees. Michelangelo also had his Sun squaring both his ascendant and descendant slightly to the west of Florence and as these planetary lines crosses with his Neptune lines, the energy of these planetary lines was significantly enhanced. The Sun in our chart represent where and how we shine, as well as our masculine energy.

Michelangelo’s astrocartography for the Florence and Tuscany area

Just by looking in detail at simply one planet in each of these charts, we can instantly see the significance of Neptune in Leonardo and Michelangelo’s natal charts and astrocartography for the general area. Both men travelled widely in Tuscany and Michelangelo subsequently went on to spend a significant amount of time in Rome, where Jupiter bi-quinitiled his descendant, giving inspiration to everything he accomplished there, like the Sistine Chapel. The astrology of Rome? Now that’s a whole other story! 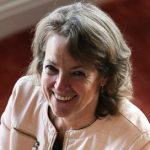 Martha Clarke is an international astrologer who specialises in astrocartography. She divides her time between Italy and the Florence and is currently based temporarily in Ireland. www.marthaclarkeastrology.com