The Atlantic Ocean pounding the sandy shore of Fire Island, New York during hurricane season is unpredictable at best and ferocious at worst. It claimed the life of one of the most undervalued voices of the 19th century: Margaret Fuller. A gifted intellectual, accomplished educator, author, editor, literary critic, revolutionary and a correspondent for the New York Tribune, her legacy is marred not only by a life cut short, but by the loss of her magnum opus that was claimed, unpublished, by the sea. The time Fuller spent in Florence before her tragic death offers a glimpse of the scholar’s reflections of the Risorgimento.

Fuller was positioned in the shadows of giants. Born in Massachusetts in 1810, she shaped American culture with her friend Ralph Waldo Emerson as the editor of the Transcendentalist journal The Dial. Her landmark book, Woman in the Nineteenth Century (1845), directly informed the views of Elizabeth Cady Stanton in the fight for women’s suffrage and access to education. In Europe, Fuller’s circle expanded. She was a dedicated follower of Giuseppe Mazzini after meeting him in London, and, in Florence, she bonded with the Brownings.

Fuller’s education was exceptional, but it was experience that fueled her intellectualism. Before setting her sights on Europe, she reflected that 20 months in New York City gave her a “richer and more varied exercise for thought and life than 20 years could in any other part of these United States”. She traveled to Europe with a fire for activism and a keen journalistic eye as the first American female foreign correspondent. Fuller arrived in Genoa in 1847 after spending time in England and France. Her experience in Italy was dramatic from the start. The cold made it difficult for her to appreciate what she saw. Seeking spring in Naples, a collision with another ship severely damaged the boat she traveled on. In hindsight, it was a horrifying premonition.

Despite the rough landing, Fuller cleverly observed the early grassroots idealism of the Risorgimento. Her classical education, acquired by severe tutelage, gave her a nuanced, historically minded connection to the revolution. Fuller is an example of what can happen if one puts Goethe, Dante and Boccaccio together seasoned with transcendentalism. She brought a clear-eyed recognition of the significance of Garibaldi’s efforts in Rome in 1849. Following his defeat, Fuller fled to Florence less idealistic, but more mature in her thinking. In letters sent from Florence, she lamented that the US was ignorant of Italy’s struggles to win the privilege possessed by Americans and that the American policy to avoid European affairs was flawed. 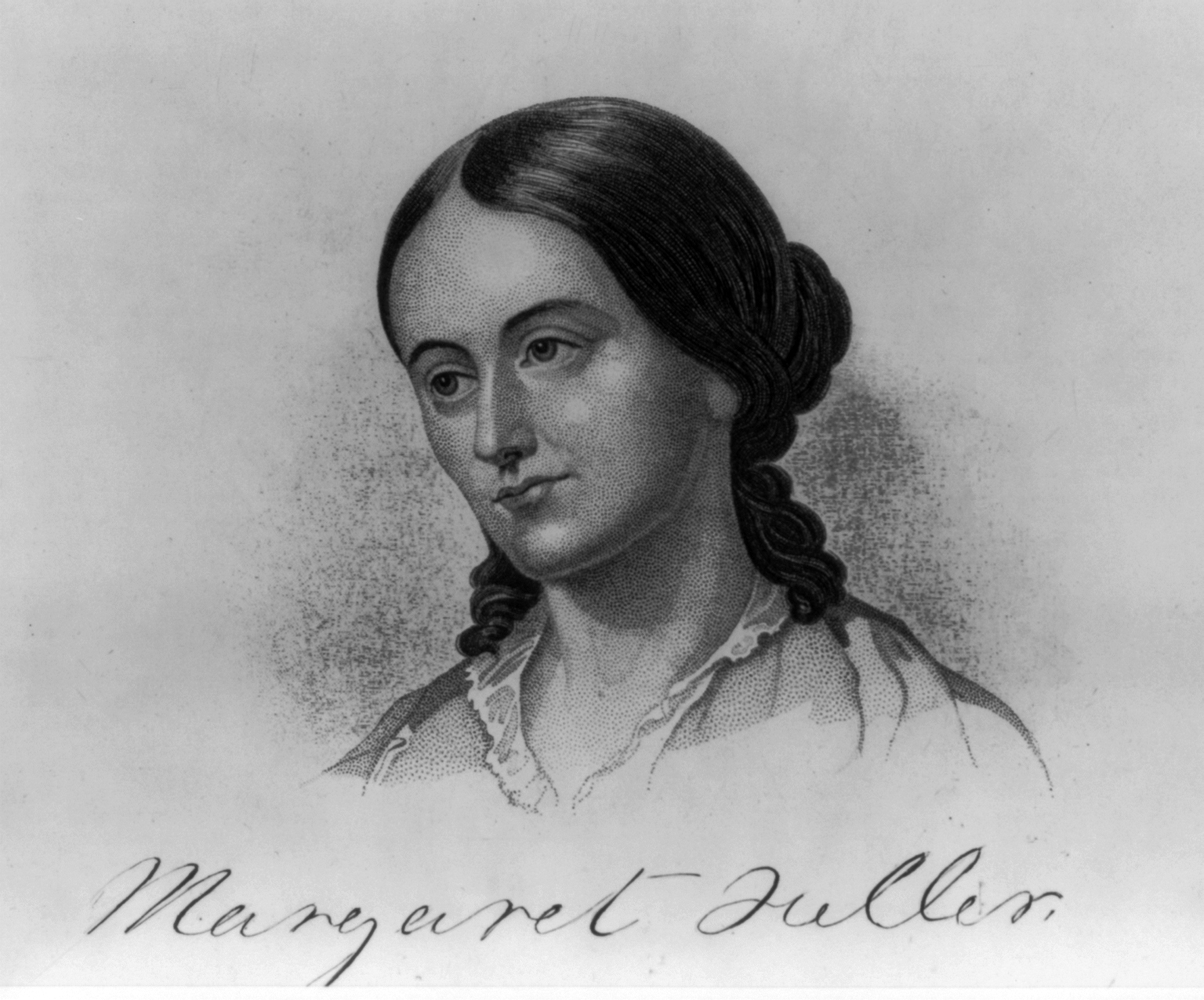 The Italian character impressed her. She found Italians “full of character and dignity and what is so rare in an American face, the capacity for pure and exalting passion”. She had gone to Italy to focus on sharing the culture with her readers, but due to the revolution, her focus shifted to political and social issues. Immersed in the conflict, in 1849 she wrote to Emerson that she watched green Italian soldiers fighting as heroically as lions. The noble spirit of the wounded telling tales in the hospital gardens were observed by her to be hopefully “Boccaccioesque”.

She connected so deeply with the republican cause that she wrote to Emerson that “Rome is my country”. A republic was established when Pope Pius IX fled the city, but it was short-lived. The papacy waffled and the French axe came down after 143 days. In defeat, she grappled with the irony of her new husband’s aristocratic title, as she continued to sing the praises of what she called the true aristocracy of the nation, the laboring class. She saw geographic divisions in Italy as deep as those determined by class. She noted how difficult it was to unite the people because Sicilians, Romans and Milanese were all so different, yet they marched off to war together. Most likely, these themes would have been addressed in her book, while attempting to relight the revolutionary fire.

Florence harbored Fuller from November 1849 to February 1850. She wrote to friends about situational sadness due to the complexity of entering the domestic role she had previously shunned, alongside the disappointment of the failed revolution. She was under police surveillance and her social situation was made challenging by her husband and son. Her husband, Giovanni Ossoli, was not the man she had been expected to marry because he lacked a formal education and intellectual prowess. Their son, Angelo, had been born out of wedlock the year before. Letters from Florence focused on her fear of being ostracized on both sides of the Atlantic. The family was also under extreme financial duress.

Seeking tranquility, she liked to wander on foot. Her son adored the flowers at Villa Careggi and she enjoyed the rituals of the Mass at Santa Croce (despite not being Catholic). Florence was a more conservative city and it was difficult to find work. The family lived simply with a view of Santa Maria Novella in a modest, modern apartment, with only a nurse and no carriage. The Christmas holiday included people-watching from a stone bench in the Cascine. Christmas Eve Mass in Santissima Annunziata was illuminated by hundreds of silver lamps. Seeing Dante on the wall of the Cathedral with heaven and hell in clear view, touching Florence, she wrote that it is not Florence that she would choose to touch. It reminded her of Boston, a place to work and study.

Fuller and her family boarded the Elizabeth in Livorno in the spring. On July 19, 1850, the ship rammed into a sandbar close to shore about 60 miles from their final destination of New York Harbor. Most of the five passengers and 17 crew members survived, despite the heavy marble being transported in the cargo slicing through the hull and splitting it in two. Fuller and her family drowned 12 hours later because wreckers hadn’t taken a lifeboat out, waiting instead on shore for items of value to wash up. Emerson sent Henry David Thoreau to comb the beach for their remains and Fuller’s manuscript. The naturalist had harsh words to describe what he called a population worse than pirates. Only her son’s body was recovered.

The simple memorial built at Point O’Woods on Fire Island was reclaimed by the sea in 1913. In recent years, Fuller has been revisited as a champion for women’s rights, but her passion for building the Italian nation state, clearly articulated in her last months in Florence, seems to have been forgotten. Following her death, Karl Marx was hired by the New York Tribune as European correspondent. He would highlight the failures of the 1848 revolutions in ways that inextricably shaped the modern political canon. Might Fuller’s reflections have been such an influence? We will never know. Survivors of the wreck said that, as the ship was sinking, Fuller asked that her manuscript be retrieved from her belongings because, if she lived, it would be of more value to her than anything. It would have been of great value to us all. 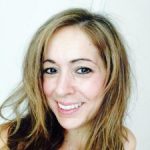 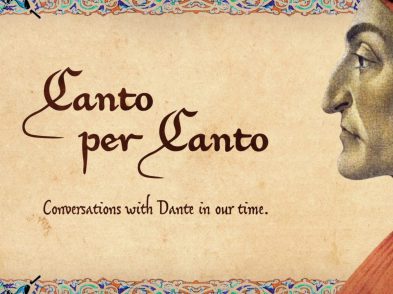 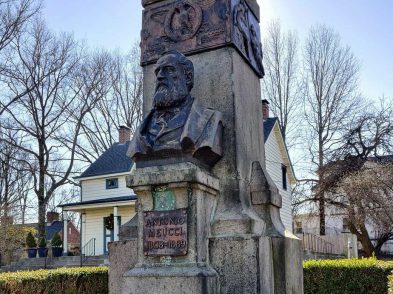 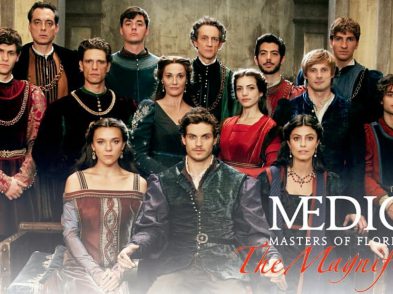