Florence hides many unexpected jewels, but they take time for the visitor to find, visit and savour. One of these is the Indian Museum, an anthropology and ethnology section of the Natural History Museum, which was founded by Paolo Mantegazza and belongs to the University of Florence.  Housed since 1937 in the Palazzo Nonfinito at via Proconsolo 12, the collection features many religious bronzes of Indian divinities, ivories including erotic pieces from the Thanjavur Kingdom, sculptures, jewellery, games, ceramics and fabrics. Photographs dating to the late 1800s and early 1900s are also displayed. Added to all this, the Mantegazza Collection depicts the daily life of the impoverished.

The Indian Museum, which was established in 1886 by Count Angelo de Gubernatis, was inaugurated by King Umberto I, although it was not opened to the public until 1887. A man of myriad cultural interests, de Gubernatis was an essayist, biographer and playwright (he was nominated for the 1906 Nobel Prize in Literature), but above all a renowned orientalist and a professor of Sanskrit and comparative mythology at the Regio Istituto di Studi Superiori, a predecessor of the University of Florence. The museum was conceived as a first step towards an Asian museum, but this never ensued. The original collection was compiled by de Gubernatis during a visit to India in 1885. Apart from ethnographic pieces and other artworks, zoological and botanical samples were displayed in two frescoed and furnished Punjab-style rooms. De Gubernatis had also collected hundreds of Sanskrit manuscripts, which he gifted to the National Central Library in Florence.

The timing of the museum’s establishment reflects the fascination with the Orient in European society and elsewhere in the mid-19th century, although Italy was a little behind in beginning studies and other initiatives in the field compared to its neighbours. Modern scholarly endeavours were encouraged in Florence when it was capital of the new Kingdom of Italy between 1865 and 1871. In fact, this interest in the East would come to influence taste and stimulate new architectural and decorative styles. Sadly, just as Florence’s time as capital was fleeting, so interest in Orientalism began to wane in the city, especially after 1890 when de Gubernatis left the city to take up a new professorship in Italian literature as well as Sanskrit at the University of Rome. Tourists, tour guides and most guidebooks of the day also preferred to concentrate on the history of the Renaissance. 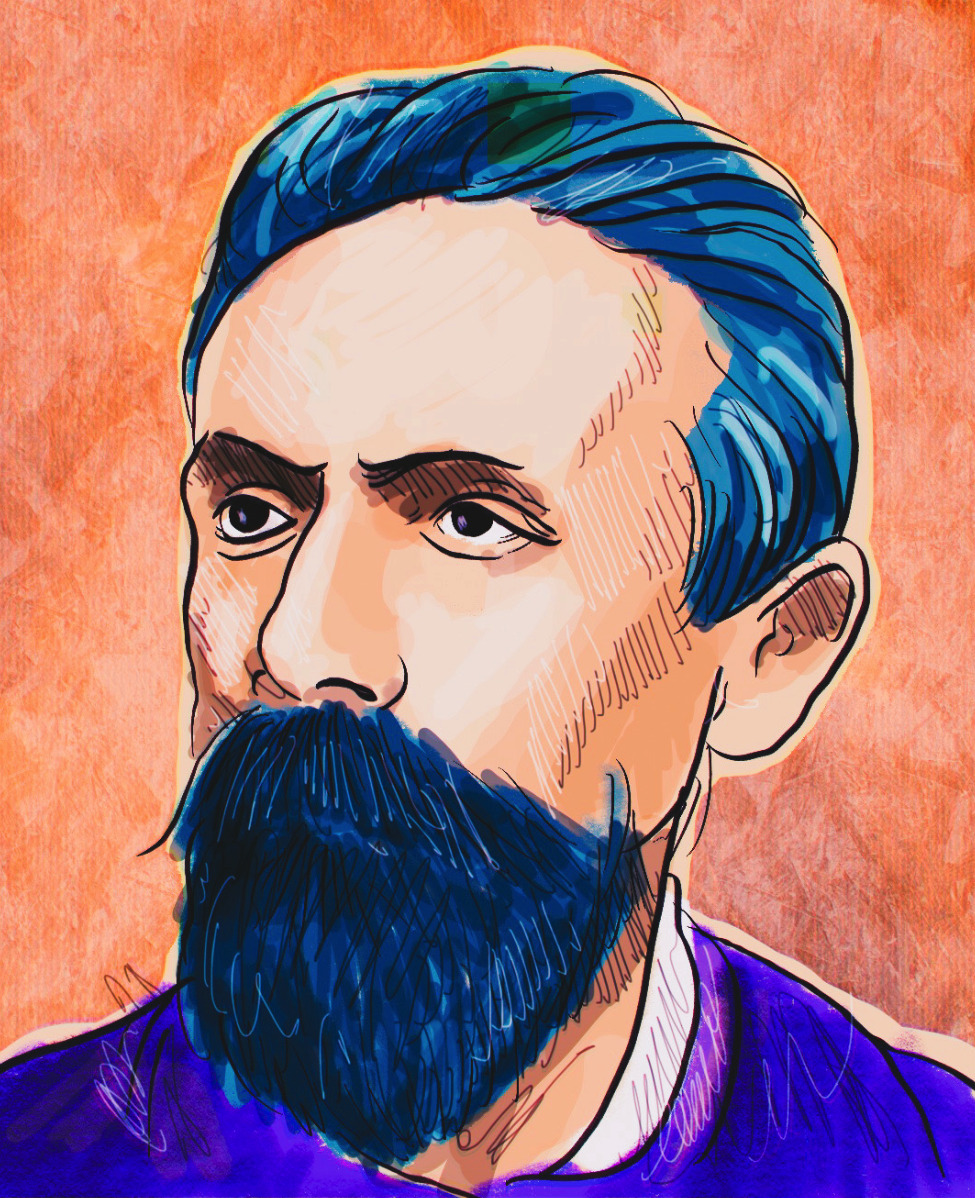 Born in Turin on April 7, 1840, Angelo de Gubernatis was born the seventh child of Giambattista de Gubernatis, who was an official in the Savoy’s internal revenue department, and his wife, Maria Cleofe Turchetti, a doctor’s daughter from Alessandria. His mother saw to Angelo’s early education before he was sent to a private school and later attended the University of Turin. The year after graduating, he was awarded a scholarship to study Sanskrit in Berlin under eminent scholars like the German Indologist Albrecht Weber. The following year, he joined the Regio Istituto where he would remain for the next 27 years, except for a short interlude in 1865 when he briefly resigned to enter Mikhail Bakunin’s circle of anarchists, only to be reinstated in 1867 after he left the group. In 1865, he married Sofia Besobrasov, Bakunin’s cousin at the Russian Church in Naples. They would have two children, Cordelia, born in 1867 and Alessandro, in 1873. The year of Cordelia’s birth, Sofia purchased a small villa in Santo Stefano di Calcinaia, near Signa, where the family lived. De Gubernatis was soon appointed Secretary-General of the Italian Society for Oriental Students, which had been created in 1872 and he dedicated a great deal of his time and energy to publishing various research journals as well as writing plays and poetry. Most significantly, in 1878, he played a key role in organizing the Fourth International Congress of Orientalists in Florence, after those held in Paris (1873), London (1874) and St Petersburg (1876). This was a prestigious coup for him and the city.

Throughout his life, de Gubernatis traveled widely, forging a network of illustrious contacts, matching those he had made in Italy. He worked incessantly and produced a huge oeuvre, some of which proved controversial. As his autobiography, Fibra. Pagine di ricordi, published in 1900, shows, he was not bashful about singing his own praises or in alluding to his old enemies, whom he magnanimously stated he had forgiven.

De Gubernatis died in Rome on February 26, 1913 at 73 years of age, six years after Sofia’s death. The considerable national and international notoriety achieved during his lifetime slowly faded after his death, perhaps because of the bulk and diversity of his scholarship.

The Anthropology and Ethnology Museum in Florence is open Tuesday to Sunday from 9am to 5pm and until 7.30pm on Wednesdays. The Indian Museum is on the ground floor.