The Palio problem in Siena

For most of the Divine Comedy, the pilgrim Dante trots after the Roman poet Virgil, who solemnly responds to his wide-eyed questioning. A similar dynamic was at work when I first visited Siena in August 2013, in a small group that was led by my Italian professor, Ambrogio. “What do these mean?” I asked, pointing at the flags that flapped in a cluster of streets. “These are the colours of the winners at the Palio,” he said. “Only the victors can fly their flags after the race.” 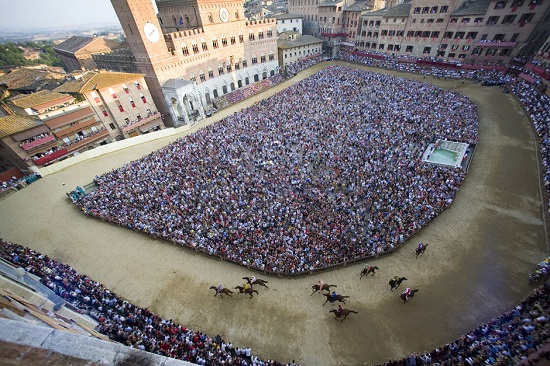 That was my introduction to the Palio di Siena, a bareback horse race that takes place on July 2 and August 16, in Siena’s shell-shaped piazza del Campo. Visit the piazza on any normal day and you’ll think it an odd, even treacherous venue for a race. But three days before the event, sand is thrown down on the herringbone bricks and waist-high wooden fences are set up. People cram into the floor space—I’m told that you can spend the entire event suspended between other bodies, your feet off the ground—and the horses fling themselves around the perimeter. The whole thing is over in a minute and a half.

This is what every year in Siena builds up to. The old city is divided into 17 districts or contrade, and each one enters a horse in the Palio. They have some bizarre insignia. There’s a contrada of the dragon, which seems suitably thrusting, but then there’s a contrada of the duck, the giraffe, the crested porcupine. In the bewildering streets that lead up from the station, I notice plaques above the doorways. Contrada del bruco, they read, with the unmistakable image of a caterpillar.

But if some of the iconography is comic, the competition is deadly serious. As well as electing an annual priore, who functions as a sort of mini-mayor for the district, the contrada also appoints a capitano, tasked solely with engineering a victory at the Palio. The contradaioli—the people of the contrada—donate what they can to the fund, which the capitano spends on buying the horse, hiring the jockey and, my sources tell me, on bribing opponents. None of this happened in 2019, for Covid reasons. But even in August 2020, when the dust was settling on the fan-filled fanfare of the Euros, piazza del Campo beat to the sound of sandals, not horseshoes. The Palio refused to follow other sports. 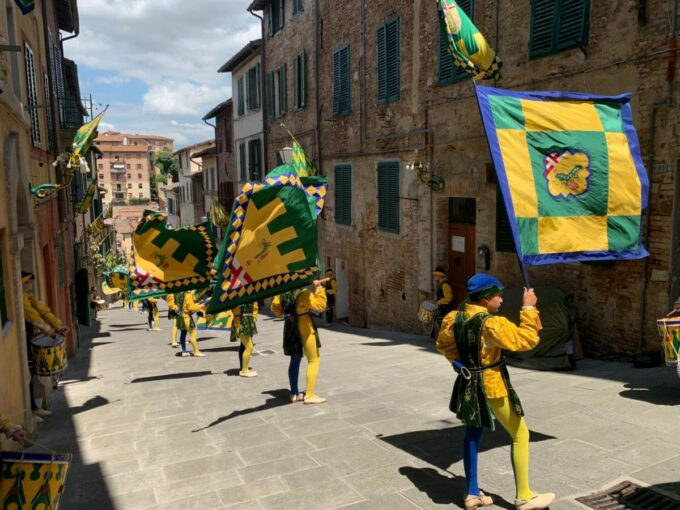 Flag throwing by the Bruco contrada

Stefano Tesi, journalist and proud senese, pulls me up on the word. “The Palio is not a sport,” he emphasizes more than once. “It is a war. But it’s also a religious rite.” And he dismisses the idea that it could have taken place with reduced numbers and social distancing. “You must understand it as something like going to Mass. It doesn’t work if you don’t have the congregation.”

Stefano gives me an insight into the mysteries of the Palio, which baffle an outsider. Most tourists can make sense of a horse race, and we can grasp that even a city as small as Siena is subdivided into 17 micropolises. That the contradas all have their own little “town halls”, as it were, and lay on periodic banquets for their members, well, that’s an admirable community spirit. But the tribalism goes to what some might consider extreme lengths. “If there’s a wife from one contrada and the husband’s from another,” Stefano tells me, “they’ll go back to their families at the time of the Palio, sleep in separate houses.”

I murmur my surprise, given what he’s told me, that cross-contrada couples actually exist. “Course they do,” he says, airily. “We all go to the same schools.” But from his own schooldays, he remembers when a girl from Milan joined the class. “It took about a week before anyone exchanged a single word with her. It wasn’t hostility. It just didn’t occur to us.” 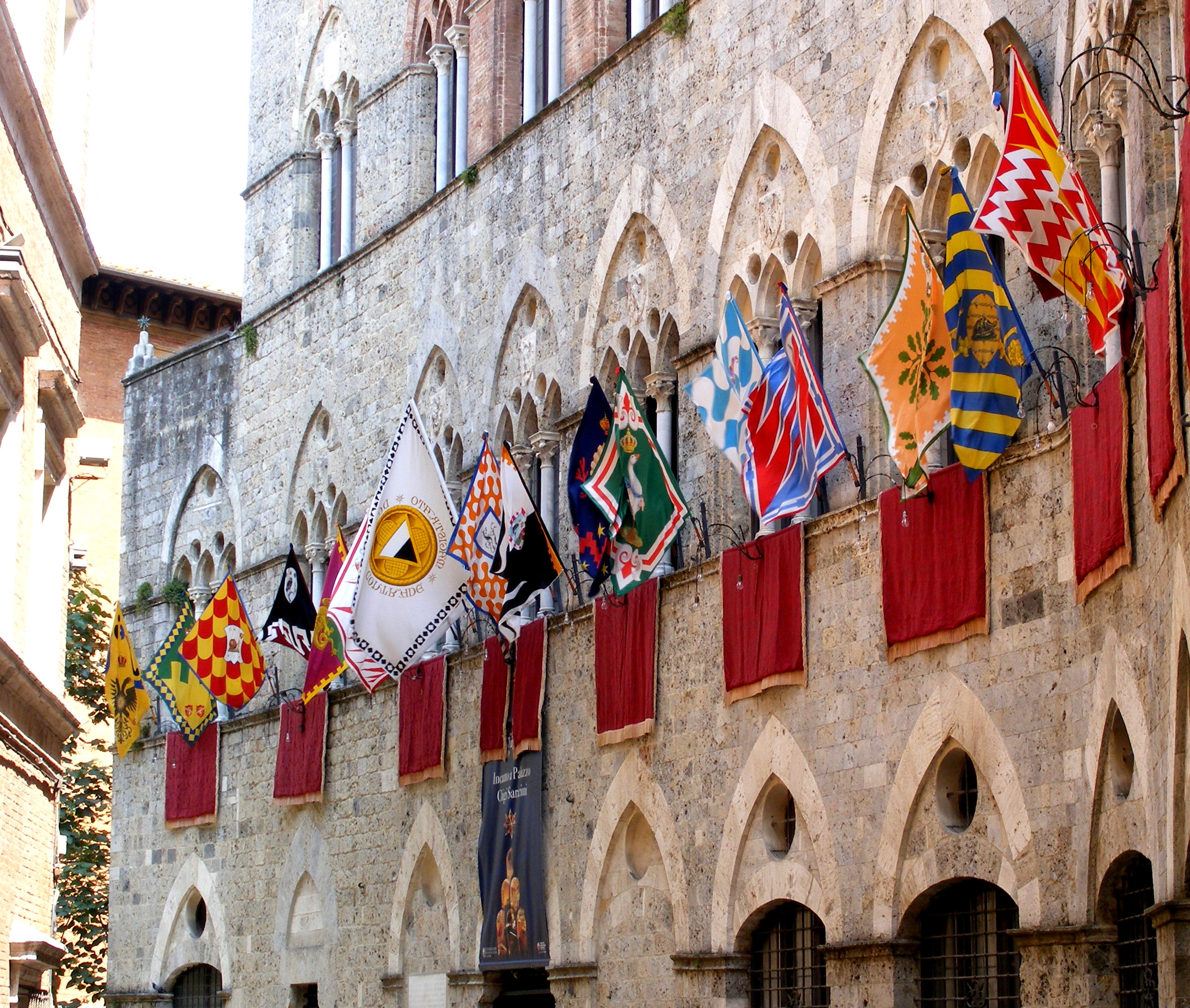 I do wonder whether such campanilismo survives into Generation Y and Z. The internet has snuffed out so much fear of the unknown, which is always a main reason for tight communities; and the modern teenager might find their contrada, owl or giraffe, or whatever it is, impossibly small and static compared to the world behind their screen. Certainly, they seem to take the absence of the race more phlegmatically. When I get up to pay for my pici al ragù di cinghiale, a Sienese classic if ever there was one, I ask my contemporary behind the till what he thinks of the situation. “I’m not someone who’s like ‘Ah, there’s no Palio! What am I going to do?’” replies Saverio. “But then, I’m not a contradaiolo.”

This is news to me: that one can be Sienese but not belong to a contrada. Perhaps it’s a question of being born deep enough in the outskirts, closer to the depots than the Duomo. Right up in the highest reaches of the historic centre, I put my question to a greengrocer. “It’s sad,” she says, which I might have guessed from the Palio posters on the walls. “It’s a blow to all our lives.”Which contrada does she belong to? “Aquila,” she declares. Clearly, these things still matter.