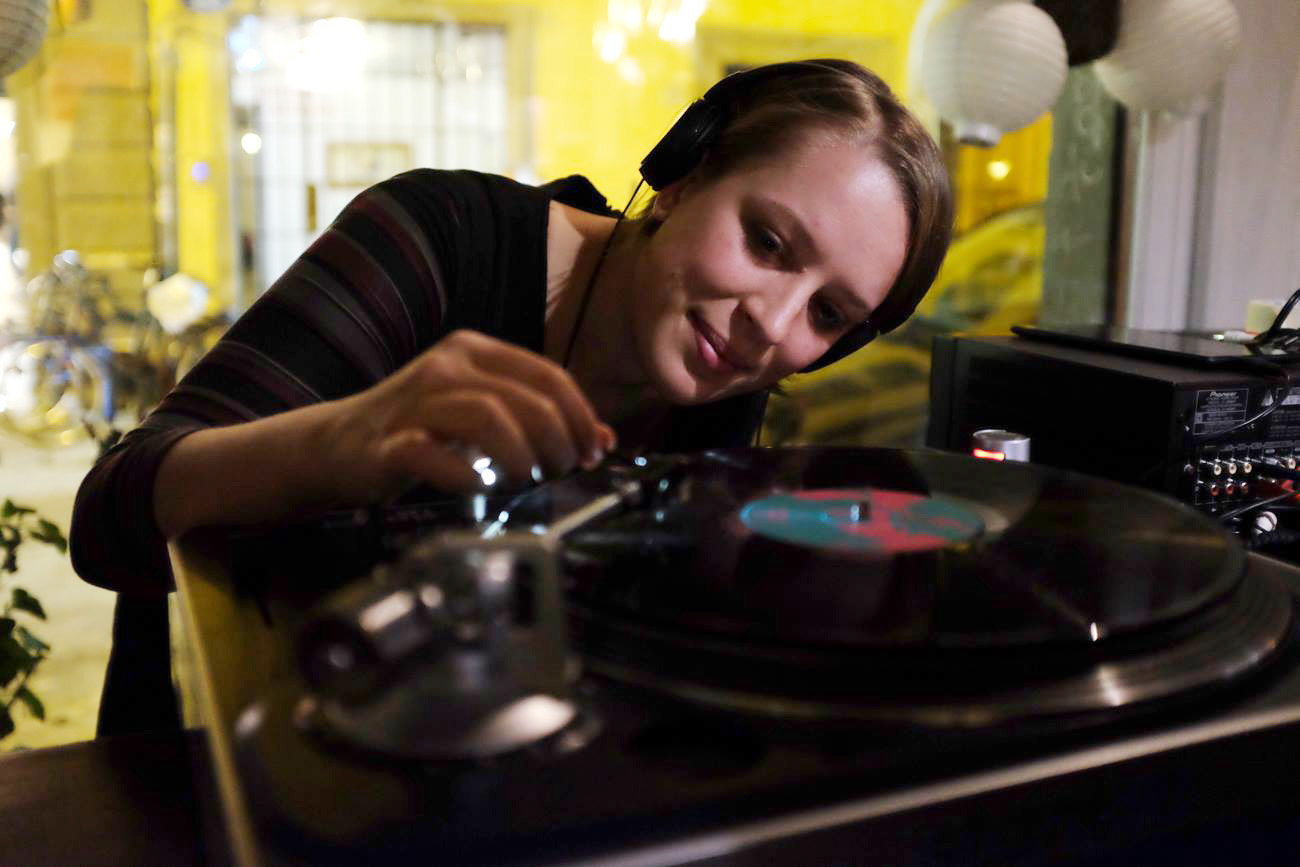 I only wanted to see you bathing in the purple rain” … As a words person if I were to pick out a piece to pair with this month’s recipe, it would be Prince’s iconic song. The pluckiness of the drums not unlike pulling the potato dough into bites and the staccato-esque vocals floating in the auditory stream like dumplings to the water’s surface. Then there’s the purple word association…

At the most recent The Florentine Wine Club event, our music editor Michelle Davis, aka IMDAVIS DJ, took to the turntable to match music and wine notes, bolstered by creative tapas, at Enoteca de’ Macci. Top winemakers Stefano Amerighi and Federico Staderini chose the compositions to pair best with their creations. 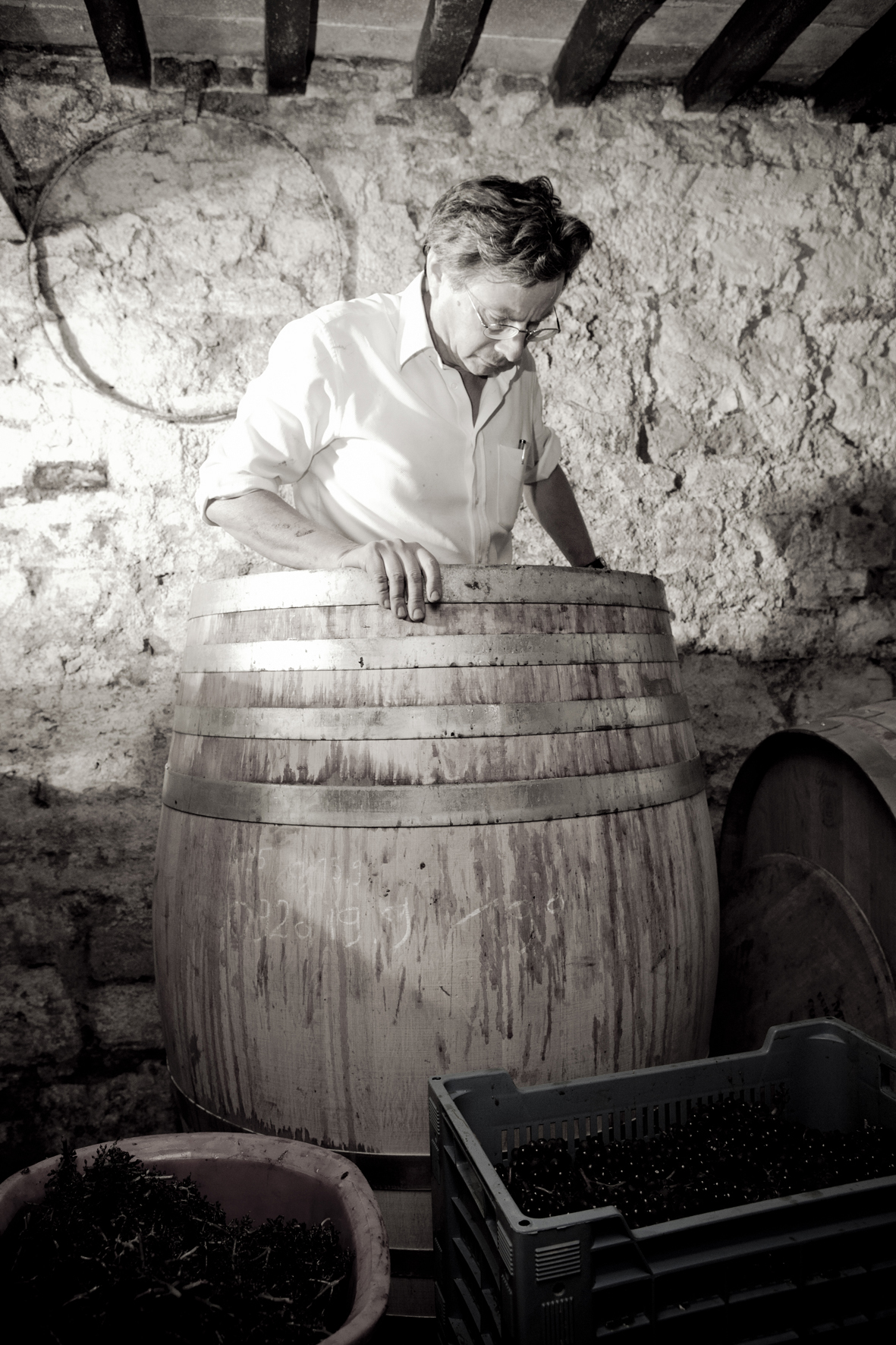 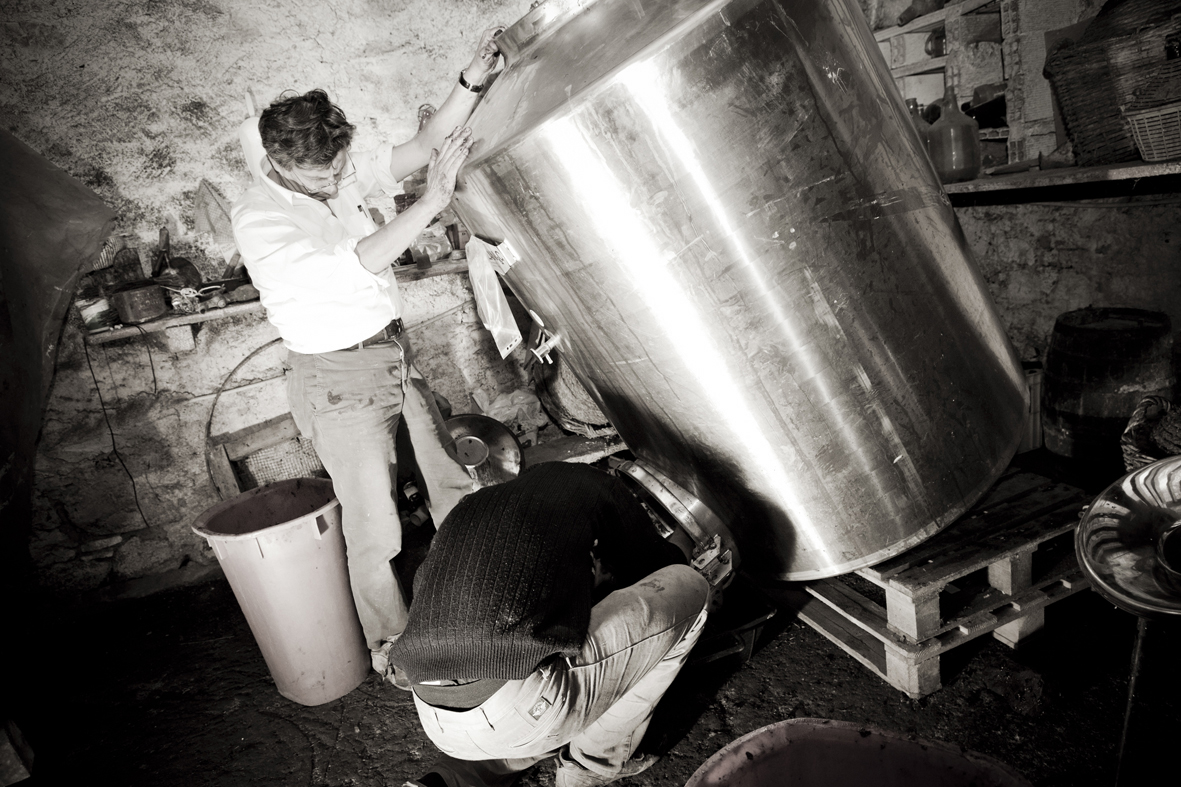 Staderini went first with his 100 per cent Pinot Noir Cuna 2012, served super cold, “straight from the mountains,” as the superlative winemaker put it. As we sipped, Ravel’s Boléro played as contrapunto. The orchestral piece repeating the same musical motifs 18 times as the wine took us on a journey from the mountains to the sea, opening, descending, widening and winding to a crescendo of suppleness and seduction.

Next up, Amerighi changed the tempo with his now-cult Syrah 2014, or “La Syrah”, as the Cortona winemaker specified, for him, the femininity of the varietal. His track of choice? A chillax-and-zen tune by American alternative rock musician Mark Lanegan for the calmly energetic wine and its signature elegance. Back to Staderini for a different vintage of his luscious Cuna and Leonard Cohen’s Suzanne. 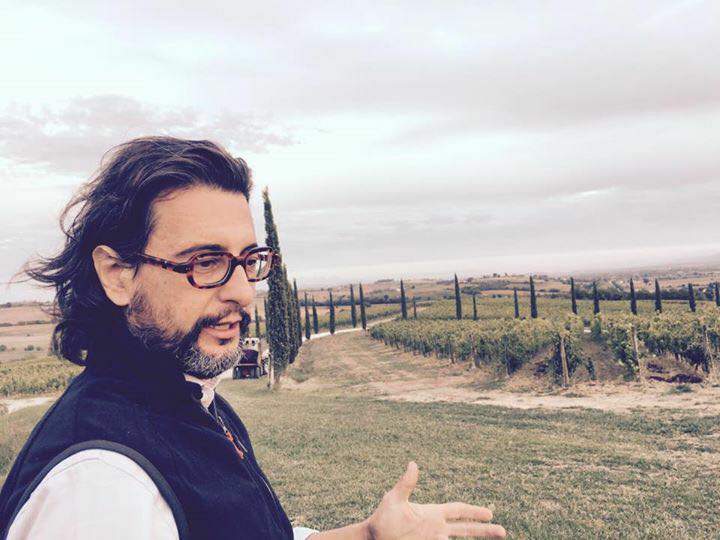 Stefano Amerighi at his syrah vineyard in Cortona

“I was touched by Cohen’s last songs. Written when he was very sick, he was able to express all his humanity. Even with a broken voice, he expressed his love for being on Earth.” And for our DJ: “For me, Suzanne is an untold promise, like Platonic love. This song—and this wine—lingers like a dream, like unrequited love.” And to finish, something special, a preview of Amerighi’s pure, high-altitude Pecorino from the Marche, titled Noé. A wine not yet released to market that contains the saddest of stories: Noé was Stefano’s partner in this project, who was tragically killed by the 2016 earthquake. Grown at 900 metres above sea level, made in a cave without water or electricity and three hours from his Cortona base, Amerighi defines this passion project as “crazy and psychedelic, as revealed in the rhythms of German krautrock band Neu!” 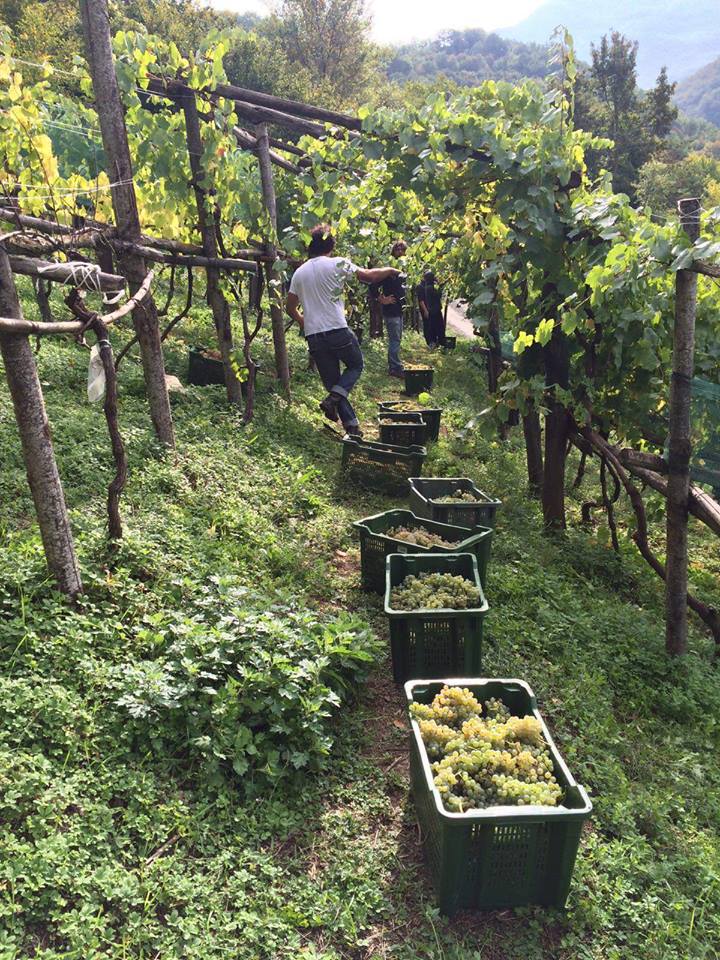 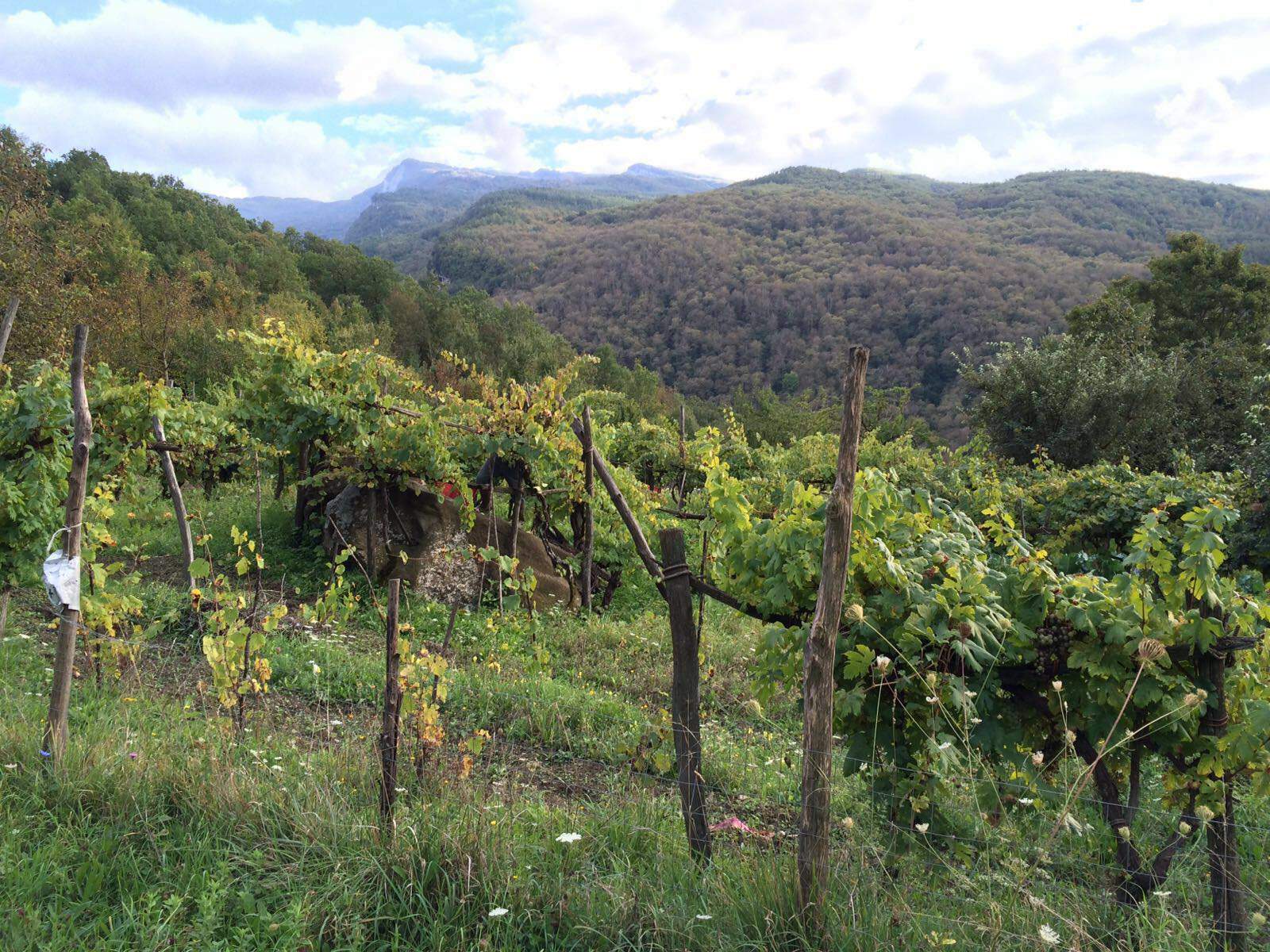 Pecorino grapes grown in the Apennins

Music distracts us, letting our rational side slip away to bring out the poetry, allowing us to reset our sight, scent and taste buds. The night was a fun exercise, an excuse to get together, make new friends and catch up with old ones, laugh, love and be ourselves. In essence, the reason why wine and music make the perfect match. 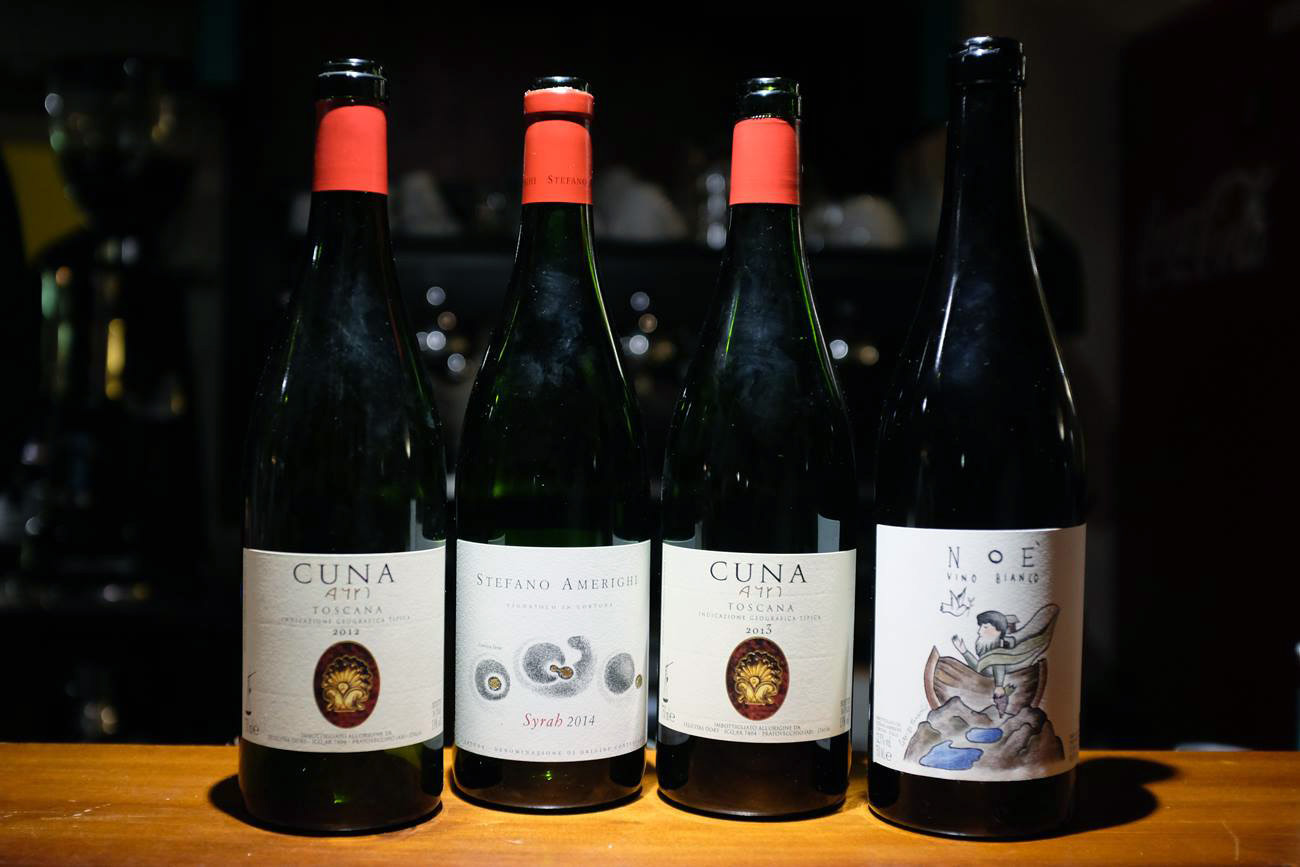 Keep in touch with the TF Wine Club subcribing the newsletter

Join us on February 21 for an indie beer and Korean-inspired pairing dinner. Email info@theflorentinepress.com to book.