This, I heard, was my future father-in-law’s reaction when my future wife first announced that she had a new boyfriend who was, uhm, not Italian: who is this guy? how long is he staying here? and when is he leaving? The last two questions, in fact, are really two sides of the same coin. Sooner or later this guy’s going to take off, leaving my daughter heartbroken; or, worse yet, she might want to go with him to some third-world country

When you venture into the mysterious world of cross-cultural relationships, don’t be surprised if you hear this saying: moglie e buoi dei paesi tuoi: “get your wives and your cattle in YOUR village.” Italians look for the familiar. They grow up in the same houses as their parents did, sending their children out to play in the same gardens they played in as children. More than expensive, moving away is risky – you won’t even know your neighbors! A humiliating, poorly paid office job is for them at least a “fixed place” to work. Excruciating inefficiency in government and public services is certainly no excuse to change things – who knows, things might get worse! And most Italian parents live for the moment when they can see their children sistemati, “systemized,” settled down with a husband or wife and house of their own. When they find their place and become, in other words, part of the system, a thread in the social fabric that keeps the country moving.

I had already met the mother, and things had gone relatively smoothly; the real stumbling block was the father. Besides my obvious disadvantages – I was, after all, not just any foreigner, but one with a poorly paid teaching job who could barely speak Italian—there was an additional complication: I didn’t play soccer. I didn’t watch soccer. I didn’t even know the rules. This was an especially cruel blow, since the previous boyfriend had not only played soccer; he had been a semi-professional soccer player. It would take my future father-in-law years to  recover fully from this insult to his male pride. (Word of advice: if you start dating an Italian, pretend to watch soccer.)

So, my girlfriend’s father and I lived down the block from each other for months before meeting. When we did, it was by pure chance. I had to drop something off at her grandmother’s house, and as I got to the door an Italian man was going in. He held the door open for me and I said thanks. He went up the stairs first, and I followed a few steps later. One flight, two flights as we got to the third flight, I had a terrible doubt: could this be her father?! I slowed down. I stopped at the landing before their apartment to see what would happen.

He unlocked the door and went in. It was him.

Great, now what was I supposed to do?! What a bruta figura but what were my alternatives? Hide in the stairwell until he left? run away?

I knocked and my girlfriend opened the door.

“Did you see my dad? He came in just now!” she smirked, obviously knowing the answer already.

“Uhm, I sort of saw somebody” I mumbled, trying to think of the fastest way possible to leave. It was no use.

“Dad, come here, there’s somebody I want you to meet!” she yelled.

The mystery man came around the corner with the stoic look of someone who had long been avoiding something necessary but disagreeable, like going to the dentist, but who had finally decided to face the music.

He introduced himself (last name only) and we shook hands, both accepting destiny and cautiously stepping into our new roles. He turned and walked out of the room without another word.

Well, I thought, at least I don’t have to worry about what to say next.

But something did change then. He had faced the unfamiliar and lived to tell his friends at the bar about it. That week he came over, drank a coffee in silence, and brought us a housewarming present, a plant for the terrace. It was the first time he set foot in our apartment, a hundred yards away from his, in the months we had been there.

I was, if not “in,” at least becoming familiar. 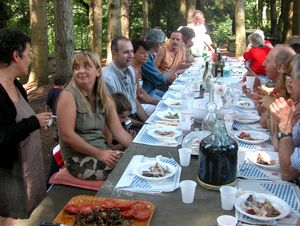 “So, what should I get at the market for lunch tomorrow?”   My blood turns to ice.   This seemingly innocent question, when asked by one’s Italian mother-in-law, can shatter ... 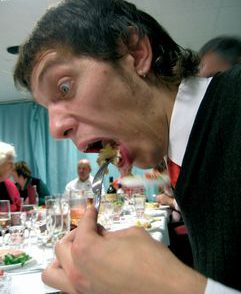 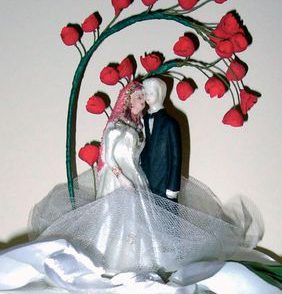