Faced with selecting an elementary school for my six-year-old daughter, I was flummoxed.

Whilst her state school experience in the Scuola d’Infanzia had been wonderful, I was not at all convinced with the elementary school approach to education. Mine was a wider concern than simply finding a good school; I wanted a school that placed importance on how to learn, that taught kids to experiment and assess risk, that helped kids to both learn and play in functional groups. Kids sitting in a classroom with desks in rows facing foward (a layout dating back 200 years), placing them in direct competition with each other, filling in the gaps in huge textbooks—this wasn’t going to cut it for me.

So, in a desperate search for an alternative, I came across the Progetto Senza Zaino (No Backpacks Project), a network currently involving 100 Italian schools, spanning the length and breadth of the peninsula. The project name refers to the colossally heavy backpacks which tiny tots haul to and fro each day, and makes a subtle nod to the supply costs sustained by families (the backpack, smocks and fully equipped pencil boxes, not to mention mountains of expensive textbooks that reliably place September among the priciest months for parents). 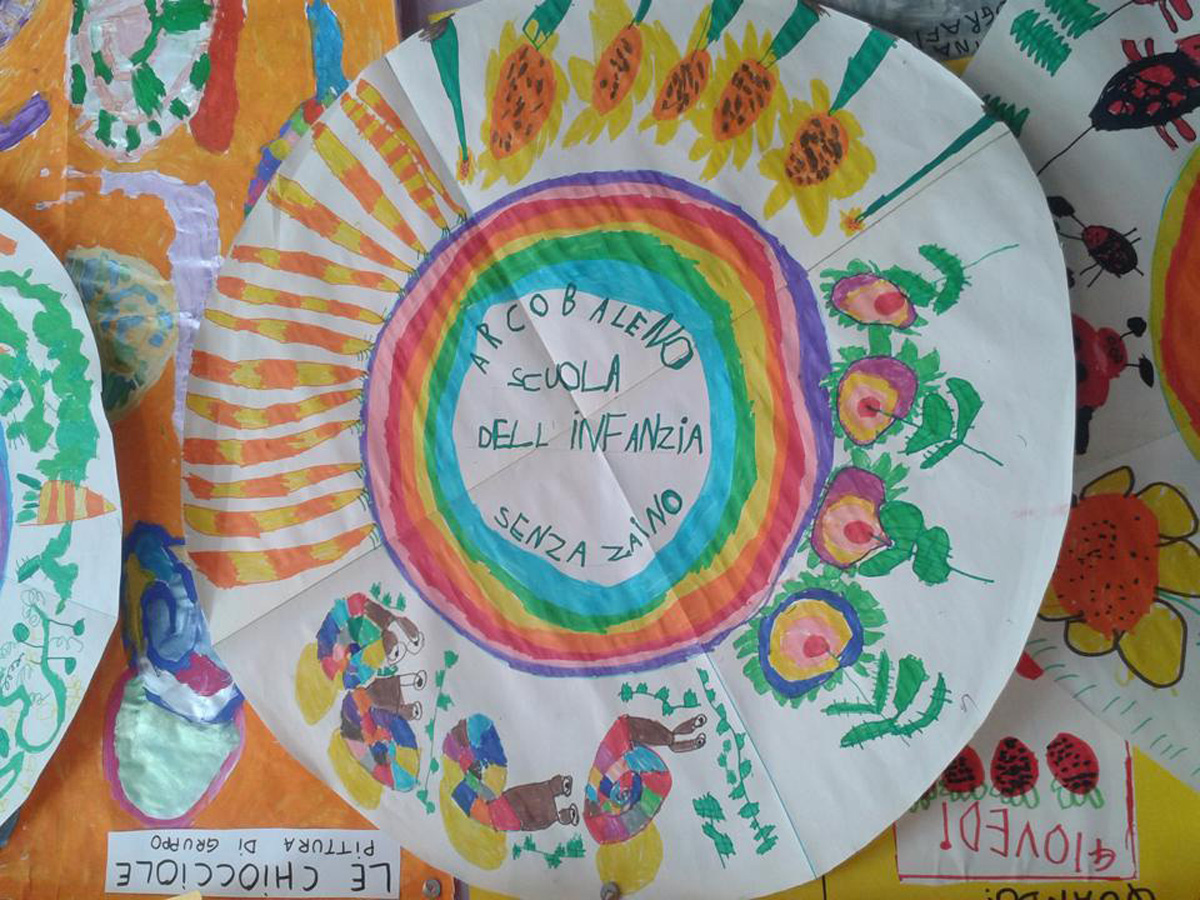 After reading the website for a mere ten minutes, I was hooked—and thrilled to discover a school just 30km from our house. I lived in London for a long time, so an hour morning commute does not faze me.

San Godenzo is a tiny hilltop town to the northeast of Florence, just above the Sieve valley. It’s the gateway to the Casentino Forest National Park where great castles, towers and fortresses are hidden amongst rich sweet chestnut forests, where the pace of life is still slow, and where WiFi coverage is often nonexistent. In a nutshell, it’s a strange place for a small elementary school involved in a national, innovative education programme for three to eleven year olds, but that’s just what you’ll find.

San Godenzo can count just 1,200 inhabitants, and in 2011 the local elementary school was in imminent danger of closing, with just 3 teachers and 30 children. A parent suggested looking into Progetto Senza Zaino. The school, local administration and community—no close-knit mountain community wants to lose their school—jumped at the opportunity.

In a senza zaino classroom, materials are shared. Desks are divided into small groups, there is an independent soft reading corner, an artwork corner, a science station. Children work as a whole class, in small groups and as individuals to complete a range of activities, transitioning quickly and easily between tasks and the size and nature of their team.

Each night I pack my daughter a thermal bag with her breakfast; this morning’s was a cereal grain croissant with smoked salmon and cottage cheese, a pineapple drinking yogurt, some apple slices and one chocolate biscuit.

We are in the car by 7.20am and she spreads her feast on her lap and tucks in. As a rule I have never been a fan of eating in cars, but we made a deal: she’d get up a bit earlier to go this amazing school and I would make the effort of giving her a really good breakfast. Now I’m trapped: after two days at the school she was totally in love with it, but hey, a deal is a deal. Smoked salmon it is for the next five years.

Zaino = as in “in zaino”, meaning what teachers stick in your child’s “rucksack” to be brought home and done. In a nutshell, “homework”.

Interrogazione = a frankly terrifying concept. It just means where kids are put on the spot and questioned about their homework.

Compagno di banco = the kid your kid sits next to for five years.

Ricreazione = anything fun but often not allowed outside, because it is cold, muddy, windy, rainy, etc.

Suzi Jenkins has been living and working in Florence longer than most people care to remember. Originally from the Docklands area in South London, she has a background in marketing and communications, which was very handy when the world (and, later, Florence) launched itself in 2.0 mode. She is now is partner in a web communications agency in Florence, helping local businesses find their social voice.

parkrun: it was always about the coffee

It was back in 2004 when a South African living in London named Paul Sinton-Hewitt gave birth to the first parkrun event, with his partner Joanne, three other volunteers and a ...

Covid-19 and the parenting experience in Tuscany

I genuinely do not believe that I could have been any more shocked if you had picked me up and dumped me on Mars and told me to get on ...

Parkrun for the win

What brings together people of different ages, backgrounds, cultures and physical abilities? The answer is Parkrun—and it’s coming to Florence. Parkrun is an idea that began in London in 2004 ...