Andrea Cavicchi, president of Centro di Firenze per la Moda Italiana, talks about the future of fashion and Florence as a centre of it all

With the winter Pitti trade fair series behind us, Andrea Cavicchi, president of Centro di Firenze per la Moda Italiana, talks to The Florentine about the future of fashion and Florence as a centre of it all. 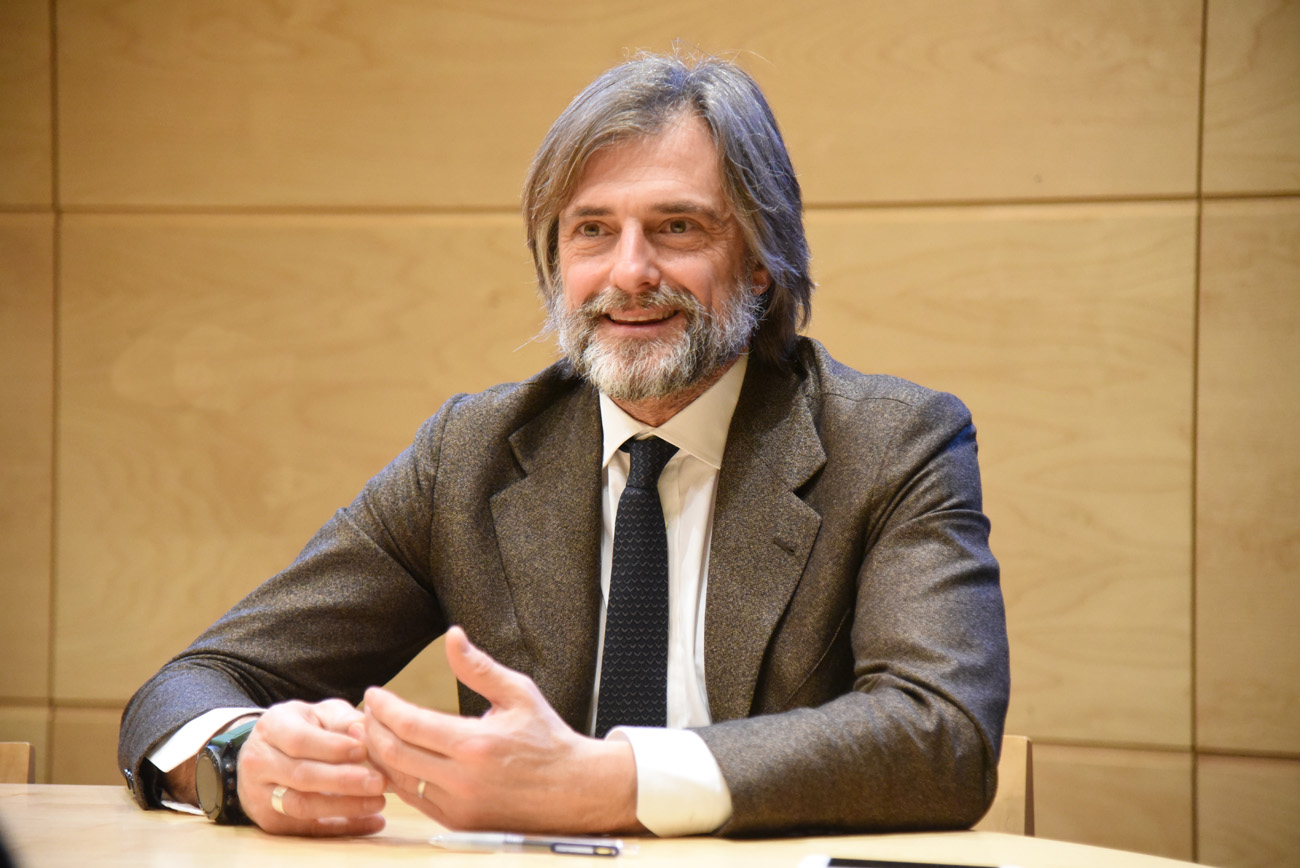 Helen Farrell: Pitti recently ended and three of the city’s most important museums are currently displaying fashion-focused exhibitions. Would you agree that Florence is enjoying a fashion heyday again?
Andrea Cavicchi: Yes, the transition has been an important one. A three-year agreement was signed in January 2016 by Fondazione Pitti Immagine Discovery and Centro di Firenze per la Moda, the Pitti group’s holding company.

The project’s intention two years ago was to link the value of culture and heritage with fashion, so that these were not two separate worlds, because we realised that each one needed something that was missing. It has been an enterprising initiative, backed by Uffizi Galleries director Eike Schmidt, who has an understanding of modern culture that reasons almost at a business and fundraising level.

The aim was to transform the Costume Gallery into the Museum of Costume and Fashion, making it the first Italian fashion museum, recognised by the Ministry of Cultural Heritage and Activities and Tourism. It was already a costume gallery, but it was more about the preservation of old costumes and clothing; it had a dusty environment but interesting archives. What it lacked were modern fashion exhibits, such as gowns and collections. Thanks to financing from the Centro di Firenze per la Moda, now there are also newly inaugurated archives as well as acclimatised, secure storage space.

This led to the Karl Lagerfeld – Visions of Fashion exhibition in June 2016 in the Palatine Gallery, which made quite an impact since it was a slightly sacrilegious affair, with the gallery’s beautiful paintings paired with screens, photos and digital images of Lagerfeld. Finishing in late October 2017, The Ephemeral Museum of Fashion was a collaboration with Olivier Saillard, the former director of the Palais Galliera in Paris. The idea was to put on an ephemeral exhibition, because creating a fashion exhibition means representing an image. This June there will be a third exhibition featuring Italian fashion designer Stefano Pilati, which will follow the course of men’s fashion from the 1980s to 2000.

Our intention is to renew the multi-annual agreement, maybe even by five years, because culture requires planning over a period of time.

HF: This year the inauguration of Pitti Uomo was attended by the Italian minister of economic development Carlo Calenda in Florence’s renovated Chamber of Commerce. What message did the Centro di Firenze per la Moda aim to send to the worlds of fashion and business?
AC: Starting with my predecessor Stefano Ricci the approach of the Centro di Firenze per la Moda and the inauguration of Pitti Uomo have changed considerably. The event used to be held in a small, overheated room with a low ceiling at the Fortezza, and it was hard to access. It was Stefano Ricci’s determination that brought it to the Palazzo Vecchio in January 2014 to draw attention to the occasion, especially since it is the first event of the year in Florence to involve the whole city.

The aim has been to reinforce the message of Pitti, which is practically a national affair. Hosting the opening at the renovated Chamber of Commerce was a means of reinforcing this bond, since the Chamber of Commerce has recently invested 70 million euro in its makeover and it has reinstated a Firenze Fiera board of directors. (The president of Chamber of Commerce Leonardo Bassilichi is also the president of Firenze Fiera). Currently the most important phase is the transformation of the Fortezza, which although a beautiful location lacks the amenities needed to host trade fairs like Pitti Uomo. 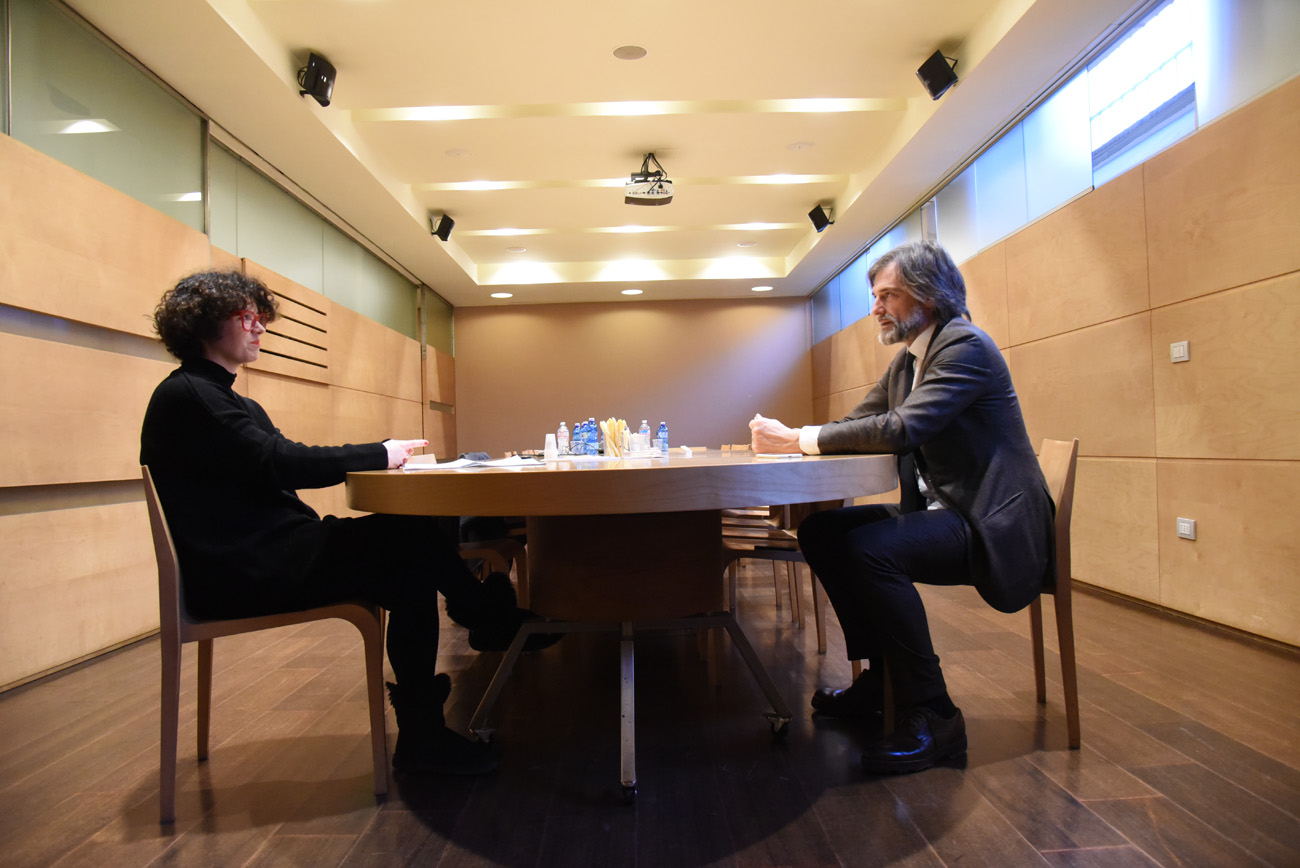 HF: At the inauguration of Pitti Uomo, you spoke of the importance of investing in the training and development of the future of fashion. What will this investment entail?
AC: We discussed this matter this morning at the fashion board instituted by minister Calenda. Several topics were brought forward, with fundamental themes being sustainability in the field of fashion; training and development, supported in particular by the Centro di Firenze per la Moda; millennials, a new category that is difficult to define and understand; and promotional fashion events, especially those in Milan. The Centro di Firenze per la Moda was assigned the delegation of a committee to discuss training and development in fashion; everyone was slightly taken aback that this task was assigned to Florence! Our mission has been to invite the nation’s top fashion schools, such as Polimoda, Marangoni, IUAV and the Università Politecnico di Milano to form a board. We presented the idea of a “White Book” on the development of Italian fashion, which will be written in English and will promote fashion internationally. It will include how to pursue a career in fashion in Italy, therefore it is also a tool of Italian marketing. We have seen that international-standard schools are well-organised in terms of marketing, such as Polimoda or Marangoni. But each school moves independently, such as the IED, which is establishing links with China, Korea and Japan. But there is no national plan. There’s no national spokesperson for these institutions, therefore we proposed the creation of a permanent watchdog, an authority that can represent all the fashion institutes, recognising the needs of the schools and which can propose territorial marketing projects.

Another important topic is ranking. The international ranking of fashion schools is managed by websites like The Business of Fashion and Fashionista, which we Italians call “marchettari”, meaning they are tied to the schools by financial interests. Italian fashion schools never rank higher than sixth place. What we intend to do is develop a culture of ranking in our schools, because many are unable or unwilling to understand how important ranking is, and simply carry on without understanding how to promote themselves with this vital tool. All these rankings are in English and the logic of evaluating schools is American. Often, we reason with Italian methods, which means that we just don’t know how to climb any higher.

HF: During Pitti, editor-in-chief of British GQ, Dylan Jones, spoke to students at Polimoda, stating that the catchword for this decade is “renewable”. Do you think the sustainability “trend” will continue?
AC: Sustainability is fundamental in fashion, but in the last few years it has had more allure in terms of communication than production. Speaking from my professional experience, outside of Centro Firenze per la Moda, I’ve been the president of the Confindustria Prato and later Confindustria Toscana Nord, and I currently represent Detox—we are the only industrial association to have an agreement with Greenpeace, rather like devil and holy water, and have agreed to work on developing a sustainable textile industry. This project is focused on chemical analysis and is very technical, so it doesn’t have much appeal with the youth and the industry, nor with fashion and style magazines, yet it’s a fundamental aspect, for if we intend to produce sustainably we must eliminate toxic substances from our production cycle. Today, we don’t have a clue of how many toxic substances we emit into our cycles, even by simply washing a t-shirt from a shop. We import contamination from products not made in Italy, because while certain products have been banned for 20 years in Europe due to European law, products are still being imported control-free with these substances.

Sustainability is fundamental to fashion. It still has an appeal with the consumer who wants to know if the clothing is sustainable or if it’s made from regenerable fibres? We should return to quality fashion, which doesn’t burn out through products so quickly, and certifying the sector more. This may go against a consolidated business system, so the question is how much is the international business system willing to change, moving it away from fast fashion.

Ethics are essential too. Some big firms are working on ethical projects, redeveloping the entire production chain, to ensure zero risks like the tragic events in Bangladesh four years ago, when a factory collapsed which was manufacturing garments for several international brands, killing 1,500 people who were working in conditions of slavery. If the consumer does not open their eyes to the products they buy, and there is no consumer responsibility, we are the ones need to work to change this.