What’s up with Tuscan bread?

A lifetime ago, I was on a train with a presumptuous Australian teenager who thought her eight months in Tuscany qualified her to speak authoritatively on all things culinary. I also happened to be a presumptuous Australian teenager who thought having Italian nonni made me an expert, so I listened begrudgingly as she described the wonders of Tuscan bread.

I can’t remember her exact words, but it was something along the lines of prosciutto being pretty salty and enlightened Tuscans looking down on the rest of Italy as it shovels heart disease into its mouths, but like I said, I was being pretty salty myself and I may have distorted the memory.

This story followed me all the way to southern Tuscany where I married the son of bakers. I admit, I’d never really thought about the salt content of the bleached slices of carbohydrates that adorned my lunch box every day. And while I’d like to pretend my first experience with Tuscan bread was an epiphany, I can’t mince my words. The heavy, doughy slice tasted, and this may shock you, like nothing. 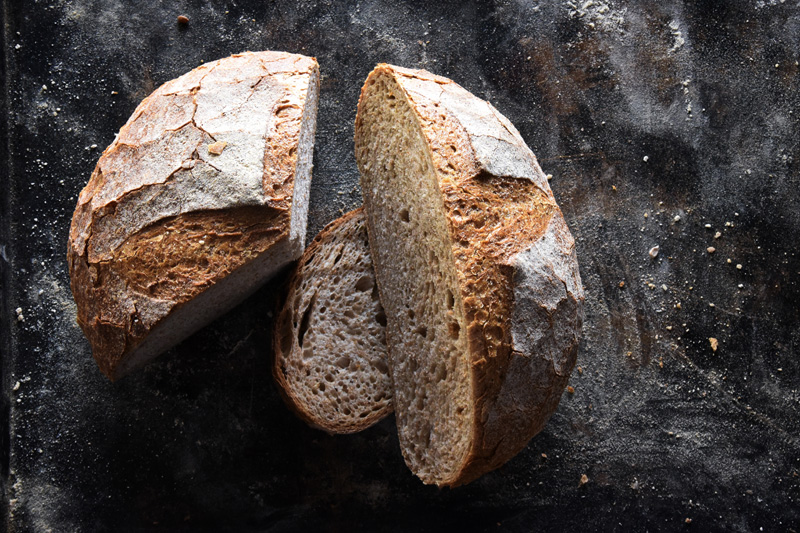 I’ve never met an Italian who under-seasoned their food and pane toscano is made the same as any other Italian bread. It has yeast, water, oil and flour. But no salt. Without it, the bread has no flavour, but it also has a lighter crust and chewier texture. The reigning theory is that salt was taxed too heavily in medieval Florence, so bakers left it out. They never looked back, not even when the tax was lifted, growing affectionately attached to their baked aberration. An affection the exiled Dante Alighieri put so eloquently when he said “come sa di sale lo pane altrui” (how salt another’s bread is wont to taste) (Paradiso XVII).

…is sometimes called pane sciocco. Sciocco means unsalted, but it’s also a synonym for stupid, which I secretly believe is not a coincidence.

Like any good Tuscan, my husband Giulio waxes lyrical about his bread. “Tuscan food is so flavourful, we don’t need the extra salt,” he says. “We want to be able to taste the cheese and meats we eat. Salting your bread would be an insult to the chef who prepared the dish with which it’s served.”

I’m rolling my eyes, but also remembering all the times he’s guessed a bread contained salt just by glancing at it and then complaining to no end. He’s the baking equivalent of a greyhound. And while he grew up above a bakery, his entire experience in one amounts to a summer working the tills until he had enough money to Eurostar it all the way to visit his German girlfriend, Agnese. When the love affair died, so did his interest in baking.

But his father, my father-in-law, Fiorenzo, knows his way around a loaf or two. Until recently, he ran the bakery that had been in his wife’s family for three generations. He travelled the country teaching non-Tuscans how to make the region’s famous bread, continuing to bake even after he developed an allergic reaction to flour.

And he lets me in on a little secret. He puts a pinch of salt in his pane toscano.

“Just the smallest amount,” he whispers conspiratorially as he throws together a loaf for me in under 15 minutes. “Not enough to be able to taste it, but just enough to add a little crunch to the crust and a softness to the mollica (crumb).”

“Pane toscano is not meant to be eaten on its own,” he adds. “It’s served with pappa al pomodoro (tomato and bread soup), panzanella (bread salad) and acquacotta (southern Tuscany’s own vegetable stew). It’s an ingredient in a dish.”

That said, I’ve been to enough family lunches to see my parents-in-law munch on pane toscano au naturale, or, to be more accurate, just the crust, while they transform the mollica back into a doughy ball in their fists like putty… Giulio does it too… it’s a baker thing (?).

These days, real artisanal Tuscan bread is a rare treat. It turns rock hard the day after baking, a fact most good Tuscans never discover, since they buy it fresh every morning and finish the loaf before the sun sets.

The best is said to be made in Altopascio in the province of Lucca, but if you’re anywhere in the region and want a slice, my father-in-law has a few tips for sniffing out a true artisan bakery.

“Look for the laboratory as soon as you walk in. Can you see the ovens and flour-covered benchtops? Is someone making another batch of bread? Artisan bakeries make everything on site and you should be able to see signs of that.”

He goes on to explain that it’s increasingly common for modern bakeries to use packet mixes for their breads and pastries. Most traditional bakeries will only have four to five different types of bread on offer. Anything more and it’s likely they’re not all made from scratch.

Get in before 9am to see if you can smell baking bread (and beat the locals to the good stuff). Order your pane toscano. If the crust is crispy and the crumb feels soft and bounces back when you press it, the bread was made fresh that day.

And as for your bakery bucket list? Ciabatta toscana and olive oil rolls (panino all’olio) are standard fare. For something sweet, try the ricotta tart or hazelnut cantucci. Or sample my husband’s favourite, a slice of pizza rossa (with olive oil and tomato sauce). For 18 years, his mother would bring him a slice fresh from the oven as the ultimate breakfast in bed.

Suffice it to say, the soggy bowl of cold cereal I now prepare for him most mornings simply fails to compare. 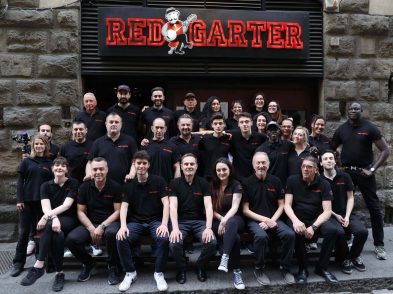 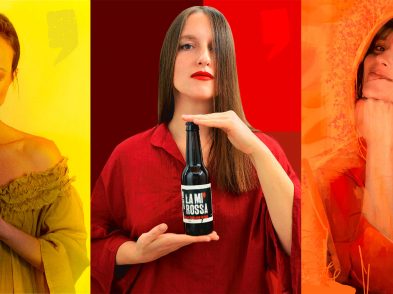 Producing food in an environmentally conscious way is best for our bodies. Here are four women-led businesses working in food in Tuscany.