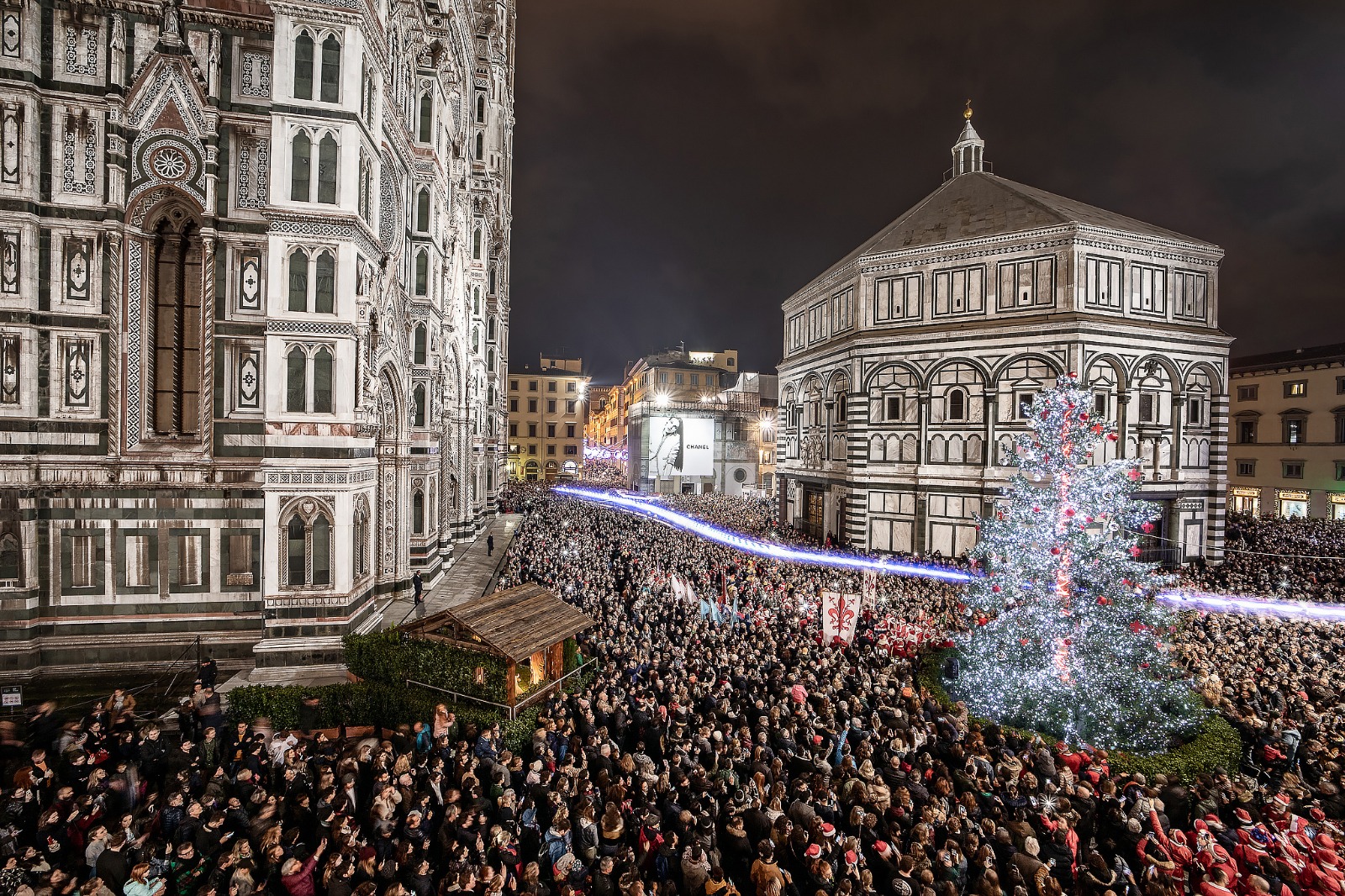 The official New Year’s Eve celebrations will consist in 20 performances across 20 places in Florence. All details about events is available from the information point in Sala d’Arme di Palazzo Vecchio (open from noon and throughout the night on December 31), while local information points will be set up in all the piazzas involved in the celebrations.

Enjoy free guided tours of Museo Novecento all day from 10am to 10pm, leaving a wish for the New Year, which will go towards a list of 10 wishes for 2020 to be announced in early January.

Check out the former Le Murate prison with guided tours from 5pm to 1am (book your spot: 055 2476873) before lingering at night for a live concert by jazz musician Baba Sissoko, followed by a DJ set at the Caffè Letterario.

Acrobats and aerial dancing take over piazza della Signoria from 10pm to 1am with a visually impactful performance by Cirk Fantastik, in collaboration with Cirko Vertigo. The façade of the Palazzo Vecchio will be transformed with video mapping.

The city’s loggias are coming to life for the new year with Logge in Festa. The Loggia del Grano will be illuminated by the Skunk Control Collective, while jugglers will entertain the young ones. Dance to pop music played by radio station RDF DJs and enjoy spectacular performances by the Dhakkan collective in the Loggia del Pesce until 1am. Enrico Tagliaferri will get everyone dancing in the Loggia del Porcellino (10pm to 1am) with a mix of disco, new wave and rock.

Soul, jazz and R&B will bring piazza San Lorenzo to life from 10pm to 1am, featuring performances by Eric B. Turner and saxophonist James Senese.

It’s all about gospel in piazza Duomo with He made the moon and stars, blending religion, passion and beauty from 10pm to 1pm. Performances will be interspersed by two “lunar readings” by Fabrizio Checcacci.

Dancing in the moonlight comes to piazza Poggi (10pm-2am) with dance music by Matthew Herbert, Interstellar Funk and Dukwa, accompanied by digital art and light design on the facade of Porta San Niccolò.

New Year’s Eve in piazza SS. Annunziata will offer something for everyone (10pm-1am) through comedy and music thanks to Tuscans Cristiano Militello and Lorenzo Baglioni and a dance music finale by Eurotunz.

Santa Maria Novella will be hyperactive this New Year’s Eve with a selection of Moon-inspired films in the Sala del Turismo (piazza Stazione 4, 2.30-9pm). Children can enjoy their own 2020 celebrations in the large cloister (piazza Stazione 5, 5-10pm), with readings, workshops and family-friendly performances gathered around a big moon. Even Galileo is expected to put in an appearance! A classical concert featuring music by Rossini and Ennio Morricone will be held in the Santa Maria Novella churchyard (10.30pm-1am).

Over in the Oltrarno (6pm-1am), two marching bands will take to the streets in New Orleans style as well as the Zastava Orchestra, with their Balkan beans, and Pulsar, a young band who play drums made from recycled materials. 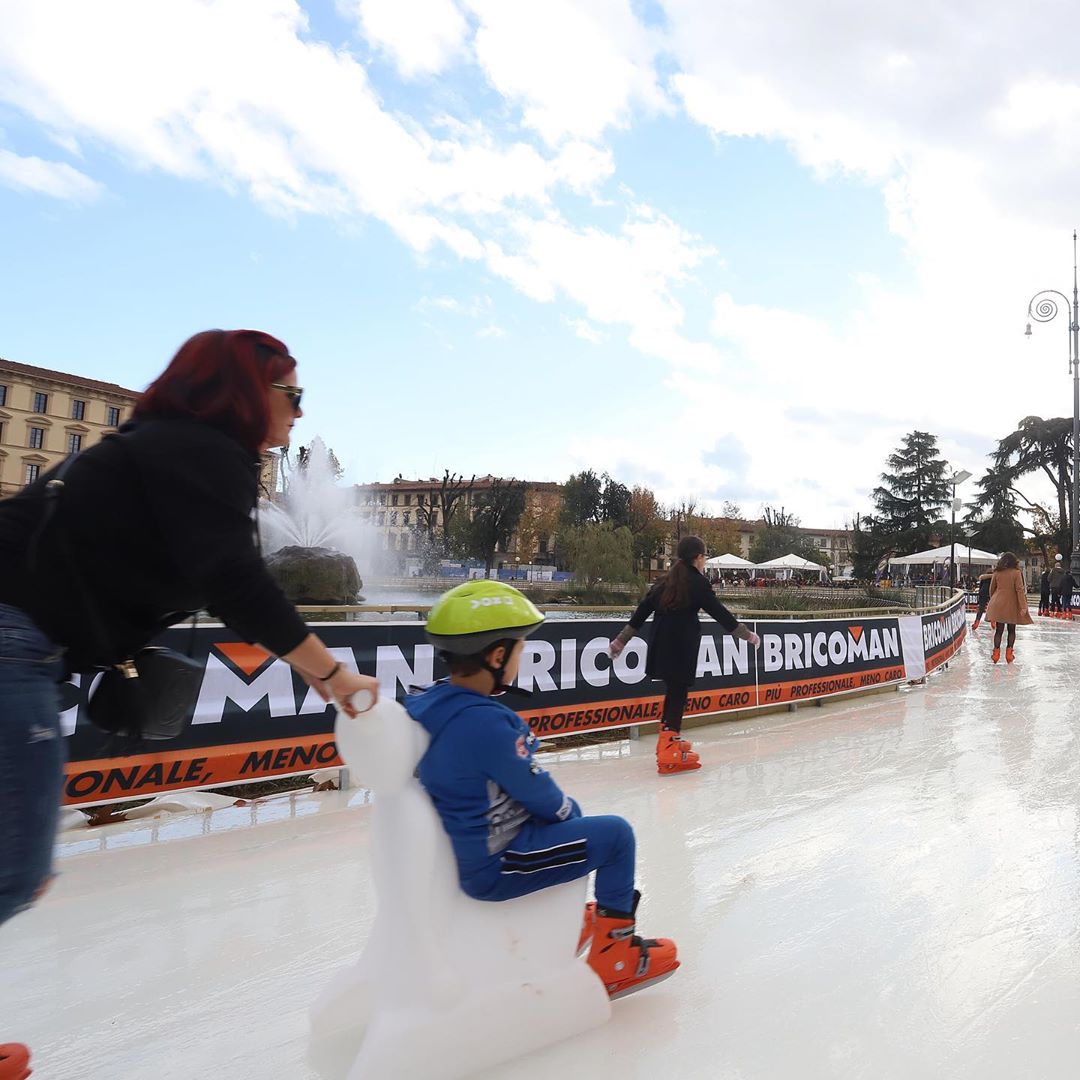 Skate in the New Year on what claims to be the longest artificial ice skating rink in Europe in the Fortezza da Basso gardens. Open from 7pm to 2am, music, children’s entertainment and street food go hand in hand with circus theatrics, dance and theatre.

Take the tram as young musicians from the Orchestra Giovanile Toscana Classica will perform pieces from 7 to 11pm. 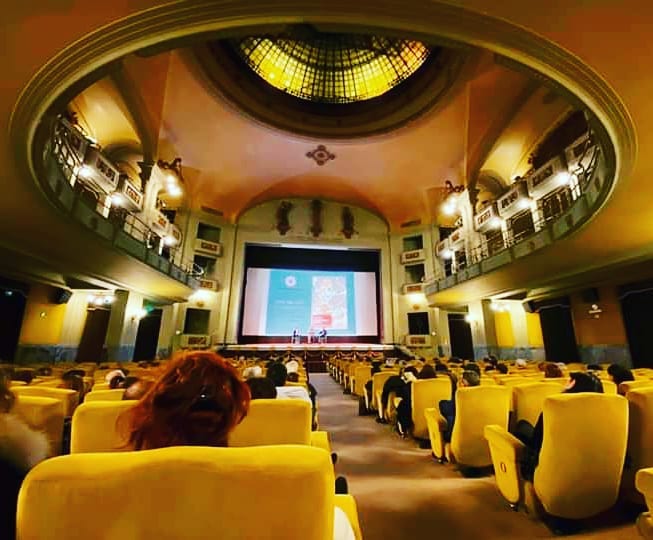 “Watch” the New Year in at Odeon Firenze Cinehall (piazza degli Strozzi, Florence) with the 9.45pm showing of Knives Out, in English with Italian subtitles. When renowned crime novelist Harlan Thrombey dies just after his 85th birthday, the inquisitive and debonair Detective Benoit Blanc arrives at his estate to investigate. From Harlan’s dysfunctional family to his devoted staff, Blanc sifts through a web of red herrings and self-serving lies to uncover the truth behind Thrombey’s untimely demise.

Over at Cinema La Compagnia (via Cavour 50R), at 9pm, check out Hollywood Party, the 1968 film directed by Blake Edwards. Bakshi, a bumbling actor, is fired after he ruins a film set during a shoot. But somehow he ends up getting invited to a grand party. Once there, his foolishness causes a lot of chaos and destruction. 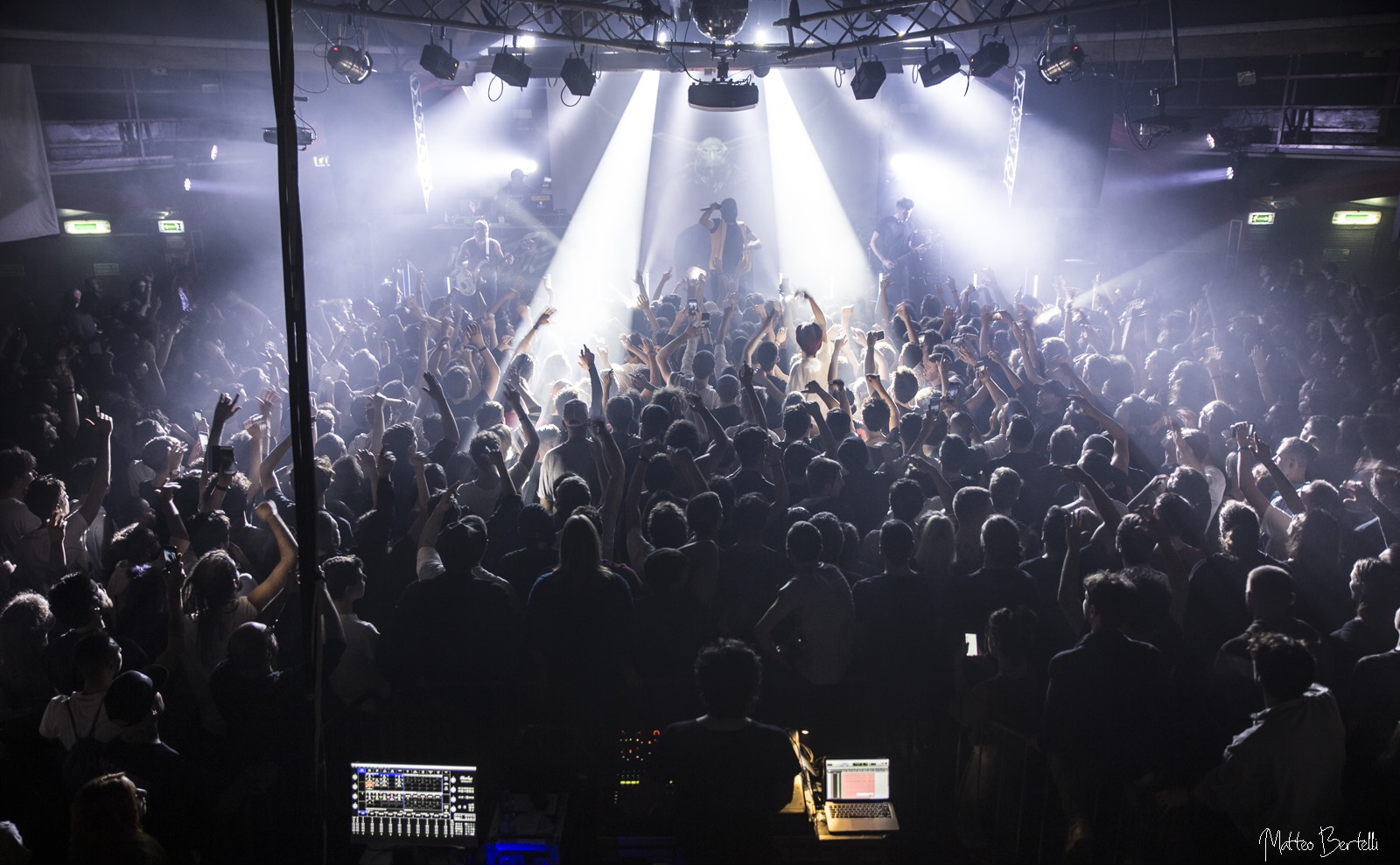 City centre clubbing institution Yab (via dei Sassetti 5, Florence) greets 2020 with a gala night. The dinner buffet starts at 9pm to the tune of live music and a DJ set before expanding to the 1970s through to the contemporary scene.

Hard Rock cafè also host a New Year’s eve party, with the ‘Killer Queen’ band playing the biggest hits by Queen to rock in 2020. DJ Mark Rentonfino will then take over so you’re never without musical entertainment. A special New Year’s menu will also be available. The party starts from 7.30pm, continuing until late. Make sure to book! Entry after midnight reserved for those with a drink card.

The largest dancefloor in central Florence, SpaceClub Firenze (via Palazzuolo 37) mixes up commercial tunes in the main room and hip hop and reggae on the floor above from 50 euro.

Enjoy Charles Dickens’ A Christmas Carol in musical format at TuscanyHall (via Fabrizio di André, Florence), followed by the New Year’s countdown and a toast with the cast at midnight. Tickets start from 29 euro.

Think revolution at Auditorium Flog (via Michele Mercati 24B) as The Twisters perform live alongside Maghero dj. Tickets cost 25 euro. Part of the proceeds will go to the Gruppo Elba association, which helps people with disabilities.

The Red Garter at via dei Benci 33-35R will also make sure you celebrate the new year in style with karaoke, a DJ and live music entertaining you all night. Call 055 2480909 for more info. Head for the hills for Ruffino’s New Year’s Dinner on the Poggio Casciano estate, above Bagno a Ripoli. A relaxed affair brings you a five course meal paired with fine Tuscan wines. 70 euro per person.

The spectacular setting of Caffè del Verone, up on the roof of the Museo degli Innocenti, will be celebrating the arrival of 2020 with a night to remember. Welcome drinks, live jazz and a festive dinner and a midnight toast.

At 8.30pm enjoy a tasting menu like no other at Nugolo on via della Mattonaia, 27 R. The intriguing 6 course menu features delights such as marinated mackerel, scallops with lime and ginger, grilled turbot, finished off with Pan brioche, zabaglione and smoked sheep’s milk ice cream, and of course, a New Year’s toast! The menu includes water and coverage (wine excluded) and costs 110 euro.

Mercato Centrale offer a bubbly menu to ring in the new year. 30 euro at their pizzeria will get you prosecco, meats, cheeses, pizza, panettone and a midnight toast. To book, call 055 2741150. Special opening hours until 2am will allow you to sip and celebrate in style. From 9.30pm, music by DJ Matteo Zarone, aka Zee, will send off 2019. While the Tosca Restaurant will have a specially designed menu by Peppe Zullo for a feast worthy of the festive occasion. From prosecco and cheese to Winter Lasagnetta, beef, panettone and cotechino and lentils, this luxe menu is a treat. Cost 70 euro, to book call055 2657424 or email tosca@mercatocentrale.it. 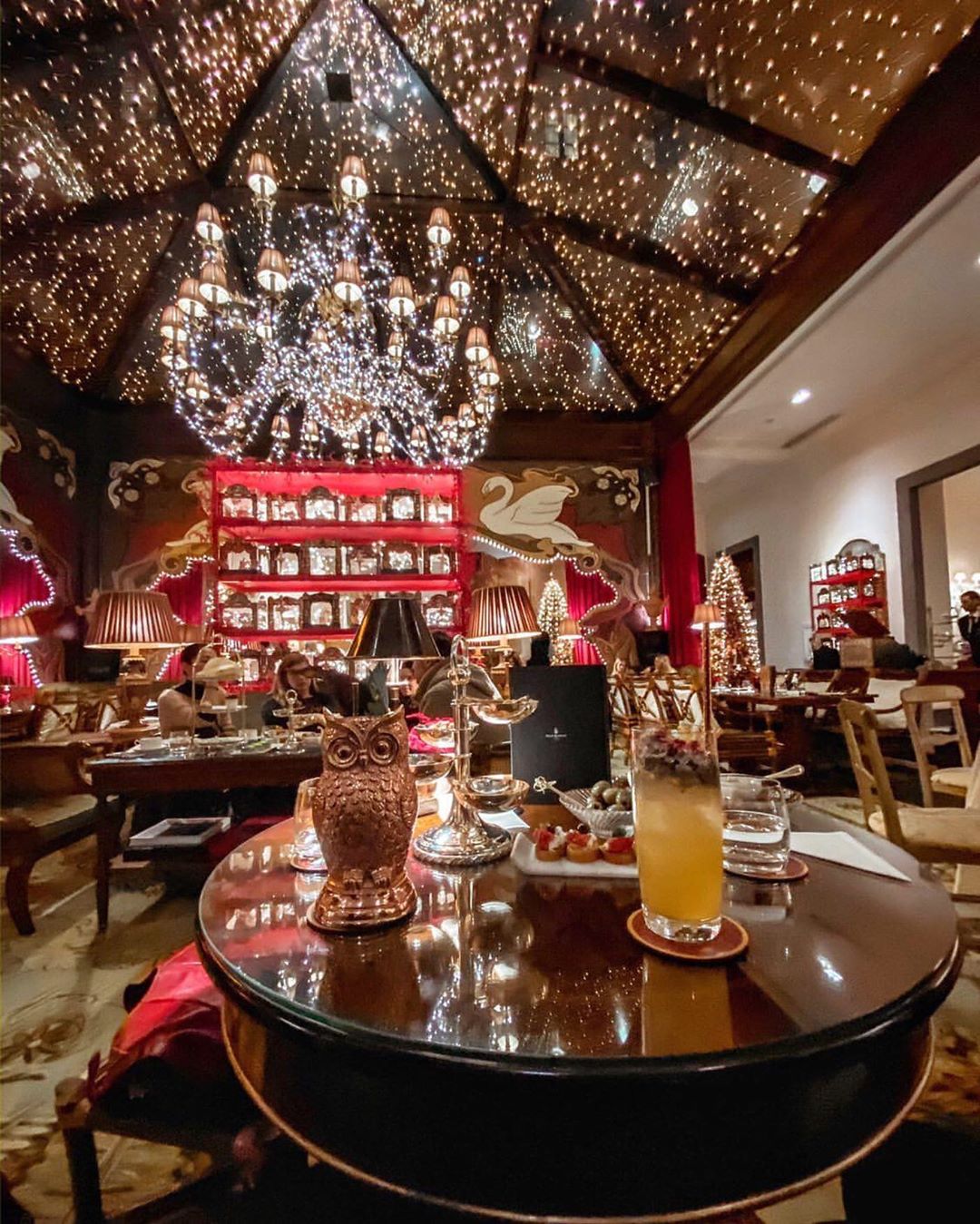 Go glam at Four Seasons Hotel Florence (borgo Pinti 99, Florence) with a delicious five-course meal with musical entertainment. A dedicated New Year’s Eve menu is available to taste Vito Mollica’s cuisine at its best, made with a selection of local and Italian excellences such as steamed lobster, seafood fregola pasta, roasted monkfish and sirloin of Japanese wagyu. 395 euro per person, wine not included.

Festivities will be in full flow at Hotel Savoy Florence with a New Year’s Eve Dinner to remember, which kicks off with a “Goodbye 2019” aperitif. Expect decadent dining: oysters, truffle, sirloin steak, caviar, and much more. There’ll be a midnight toast and a lottery. 295 euro per person, drinks not included.