The spas of southern Tuscany 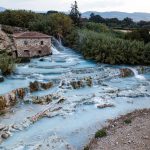 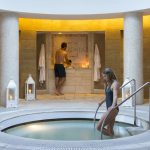 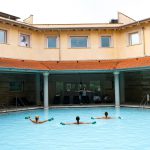 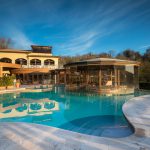 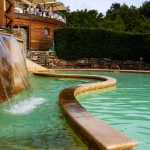 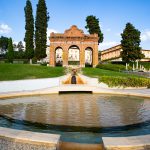 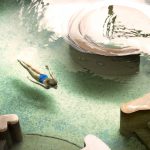 The sun was shining as I set off for southern Tuscany, destination Saturnia. It feels like an odyssey from Florence, pacing down towards Siena, continuing to Grosseto and slowing down in rural Maremma, almost as far as the Lazio border. It’s quicker to arrive at the hot springs from Rome than from the Renaissance capital: something to bear in mind when organizing your spa-centric vacation. The Florentine bathed on behalf of Toscana Promozione Turistica, Tuscany’s regional tourism promotion board.

A ring-necked pheasant swooped and crowed close to the car on one of the bends on the final approach to Saturnia. Suddenly, sulphur was in the air, cloying at my nostrils as the natural wonders appeared in glorious view. In the valley, bathers were unwinding in the ice-blue travertine pools of Cascate del Mulino carved over thousands of years. Once one of the region’s best-kept secrets, now the world retreats to this free public attraction to frolic in the year-round 37.5°C hot springs, especially in the colder season when the contrast between the air and water temperature rejuvenates body and mind in the Manciano municipality. For a more luxurious experience of the same source, check into the five-star Terme di Saturnia Natural Spa & Golf Resort, where hotel guests enjoy the millenary thermal spring right beside the source. Legend has it that the god Saturn was so angry with the Earth’s mortals that he cast out a thunderbolt, which cracked open this very crater, causing water the same warmth as amniotic fluid to gush out at over 500 litres per second. Steeping into the steaming basin strewn with gelatinous green plankton elicits extraordinary introspection and peace as viewed on the bathers’ faces, somehow simultaneously absent and attuned with the elements. The pool changes colour from dawn to dusk, when the vapours dance around you, like passing through the clouds on a plane, while your body remains securely cocooned in a watery womb, the ultimate communion. The resort’s day spa amenities can be enjoyed if you’re staying elsewhere, including outdoor and indoor immersion in the myriad pools, especially the enticing milky-textured Octagon, which stirs your IG instincts although you’re likely so relaxed that you’ll have misplaced your phone. Boasting benefits for the cardiovascular system, respiratory system, muscles, bones, skin and digestive tracts, time spent in Saturnia, whether in the public or private springs, is an investment in your health and happiness. I only stayed one night and woke up feeling reborn. 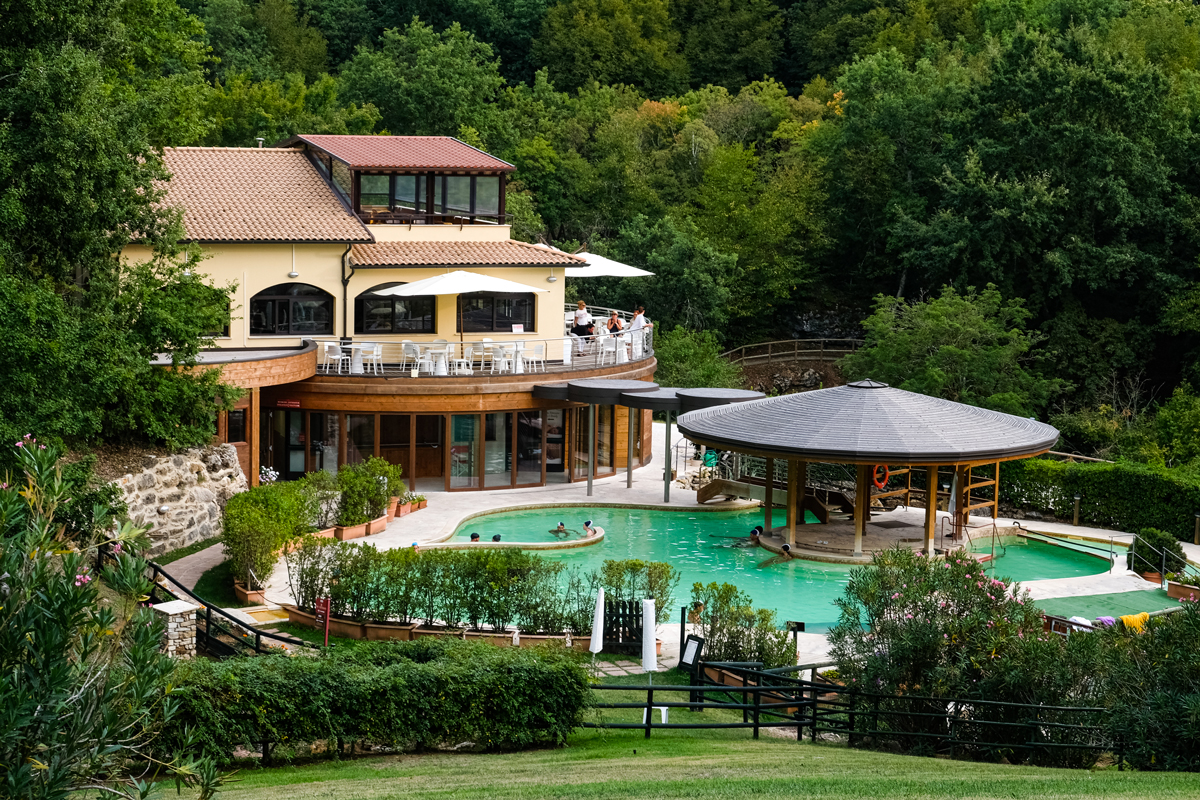 Forty minutes winding through woodland, gorges and farmland brings spa lovers to Sorano. (Factor in a few hours at Pitigliano along the way, whose tufa charms delight among the narrow streets and Jewish traditions, especially the synagogue, museum and cemetery.) Nearing Sorano strikes at the senses, inspiring awe at how such a town was ever constructed by the Etruscans, a cluster of brick buildings clinging to the hillside beneath the elongated fortress. Stroll through the Vie Cave, a series of discombobulating passages hewn out of stone whose original purpose has been lost in the mists of time. Our Tuscan hot springs experience continues just outside the settlement at Terme di Sorano. The thermal water here originates in Lake Bolsena, 25 kilometres due east, before being pumped up to the surface and scenically channelled down the hillside into the undulating piscina. But the peak of perfection lies a short distance away in the woods, a sylvan scene of such enchantment that sprites or pixies wouldn’t be amiss (instead there are resident cats and faux animal sculptures). A stream trickles over mossy rocks and a terracotta-bottomed bath beckons for a soothing dip at 37.4°C. Sulphates, bicarbonates and magnesium provide anti-inflammatory and antioxidant effects in treating skin complaints such as eczema and psoriasis, while also boosting the circulation. Families, couples and groups of up to ten people can benefit from the healing waters by renting one of the quintessentially Tuscan apartments and eating at the health-conscious poolside restaurant.

Forty-two hot springs spurt out 5.5 million litres of water a day at a toasty 40 degrees Celsius. San Casciano dei Bagni founded its fortune on this natural resource, which has attracted investors and wayfarers since Roman times. Connoisseurs of these southern Tuscan waters include Emperor Augustus and the Abbot of Cluny, who is said to have been kidnapped by the outlaw Ghino di Tacco on his way to heal his gout in these waters. 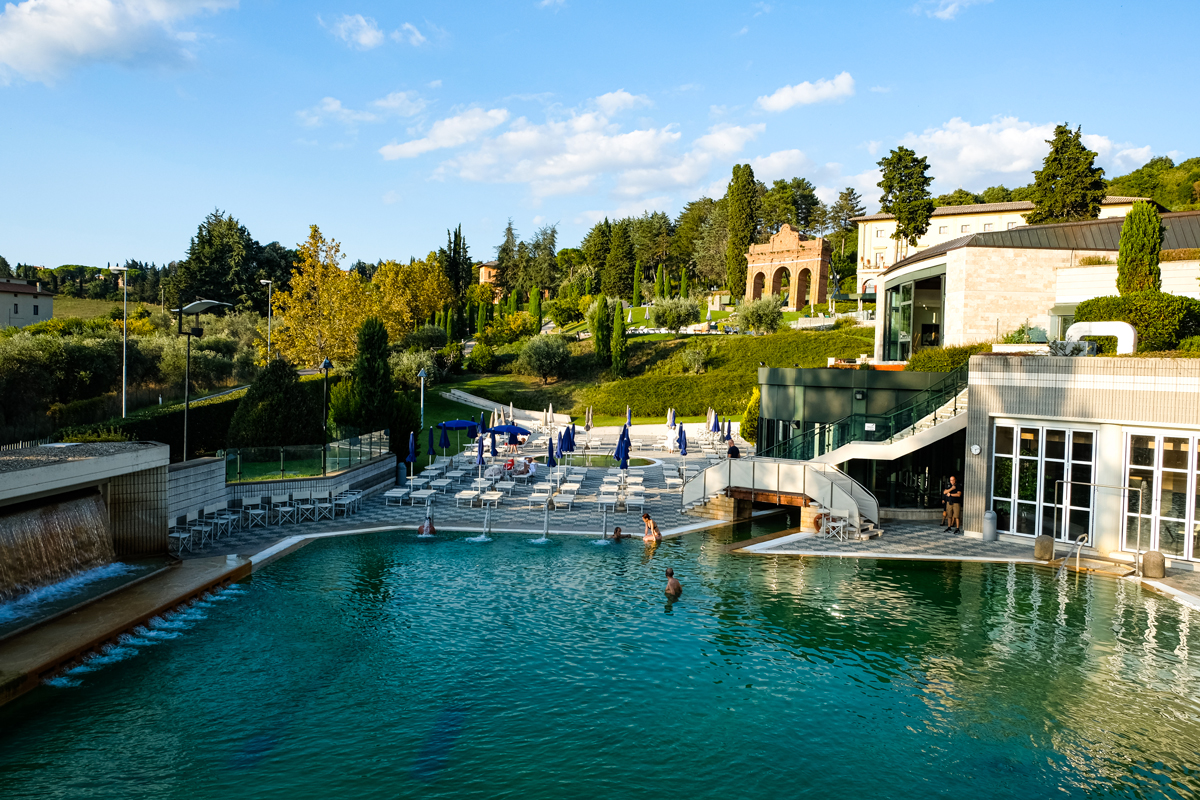 Our final stop is the grand hotel and spa Fonteverde, whose distinguishing feature is a brick arch dating to Mussolini’s rule, which stands firmly above the thermal pools, one for people and one for dogs. The 17th-century villa was built as Ferdinando I de’ Medici’s hunting lodge and now comprises 78 refined rooms, some classic, others contemporary, with blissful views over the Val d’Orcia. At Fonteverde, a terracotta-toned corridor slopes down past one century AD memorial stones bearing Latin inscriptions leading towards the spacious wellness areas. Hotel guests and day spa clients rest underneath the 42°C waterfall, the closest to the source, before swimming around the more temperate 37°C pool. Couples or individuals can book the Antico Mediterraneo experience, which features a low-lit heated saltwater pool known as the Thalaquam, and the Salidarium, a dry salt sauna. Alleviating respiratory ailments, skin and bone complaints, and cleansing the digestive system, the spring water, rich in sulphate, calcium, fluoride and magnesium, is available by the glass, at breakfast and before retiring for the night. There’s no eggy odour here as the sulphurous content is naturally compounded with the water molecules, stabilizing the element. 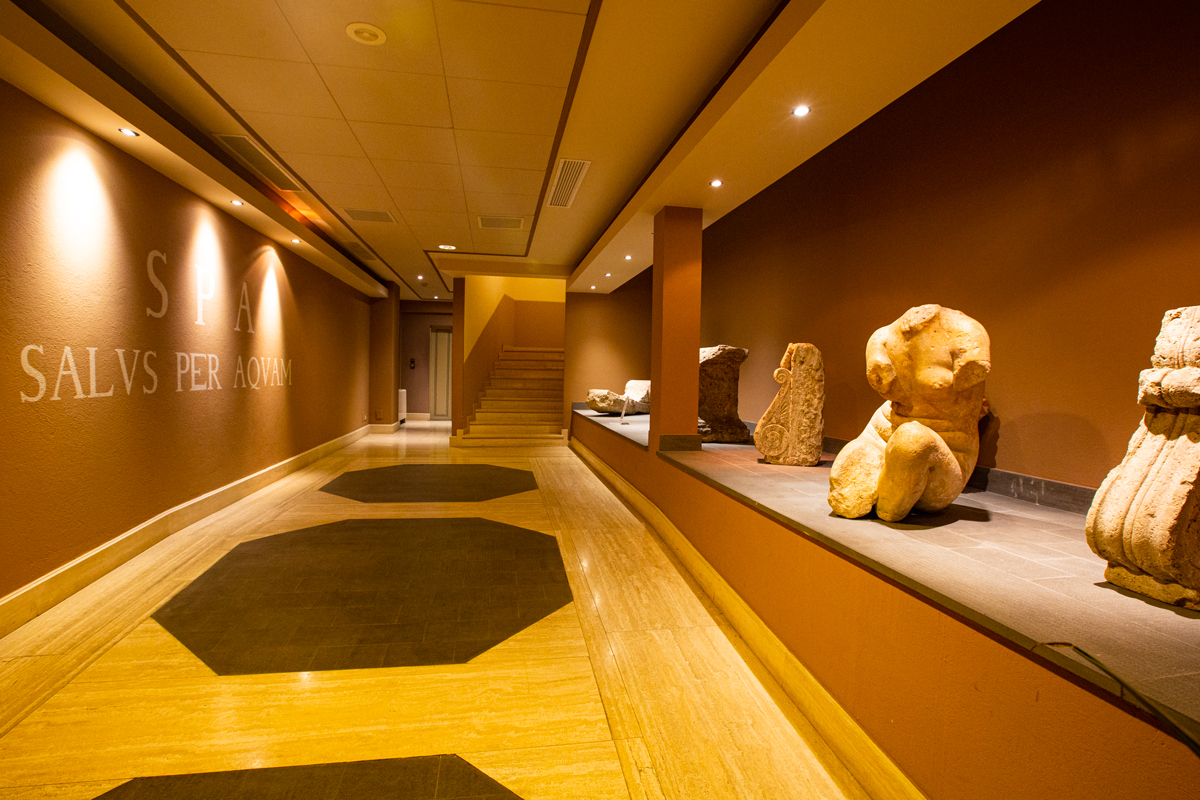 If you’re looking for a Roman-style dip without a price tag, head north to the stone tanks at the foot of the medieval town. This trio of baths was constructed and frequented by the Ancient Romans; nowadays only the soothing effects of the triangular pool can be enjoyed by leisure seekers. Nearby there’s also a covered L-shaped washing tank and a large tank, referred to as the Caldagna, but bathing is banned in both. San Casciano dei Bagni’s location just 35 minutes from the A1 motorway make it a relaxing stopover on the way to Rome and the perfect base for exploring the wine towns of Montalcino and Montepulciano.

Other spas near Monte Amiata include HOTEL MERCURE PETRIOLO, which merges overnight accommodation with the benefits of the Petriolo thermal waters, flowing out from the earth at 43°C, and BAGNI SAN FILIPPO, hot springs between the Val d’Orcia and Monte Amiata, which are currently closed to the public.