Radio Cavolo (Radio Cabbage) was created by a group of researchers at the European University Institute in Florence. Their studio is tucked above the front door to Villa Salviati, home to the European Union’s historical archives; but there is nothing ivory tower about their approach, which “hopes to encourage small cabbage sprouts of creativity and silliness”. They describe themselves as “a free space through which folks from the EUI (and beyond) can engage with each other, let their creative juices run riot and share the results with whoever wants to listen in”.

Those creative juices have spawned ‘Me-Time’, which in this case refers to a guided meditation session every morning; ‘Renegades of Funk’, a themed music show whose previous editions include songs about bikes and dogs; and ‘Sproutscout’, which unearths budding—or sprouting—musical acts. ‘The Society of Involuntary Dreamers’, another staple of the line-up, gathers creative writers from the EUI and from across Florence to talk about and perform their work. The small hours are ruled by hypnotic tracklists from the oceans, like ‘Lamenting Whales’ and ‘Ambient Whales: Humpback Sounds’.

To its audiences, then, Radio Cavolo offers escapism, and to artists it offers a chance to break onto the airwaves. But no media organisation can turn a blind eye to a world engulfed by Covid, and Radio Cavolo has distinguished itself on that front. It runs a daily feature called ‘Corona Chronicles’, to which listeners across the globe call in to talk about how the virus has affected them, however indirectly. 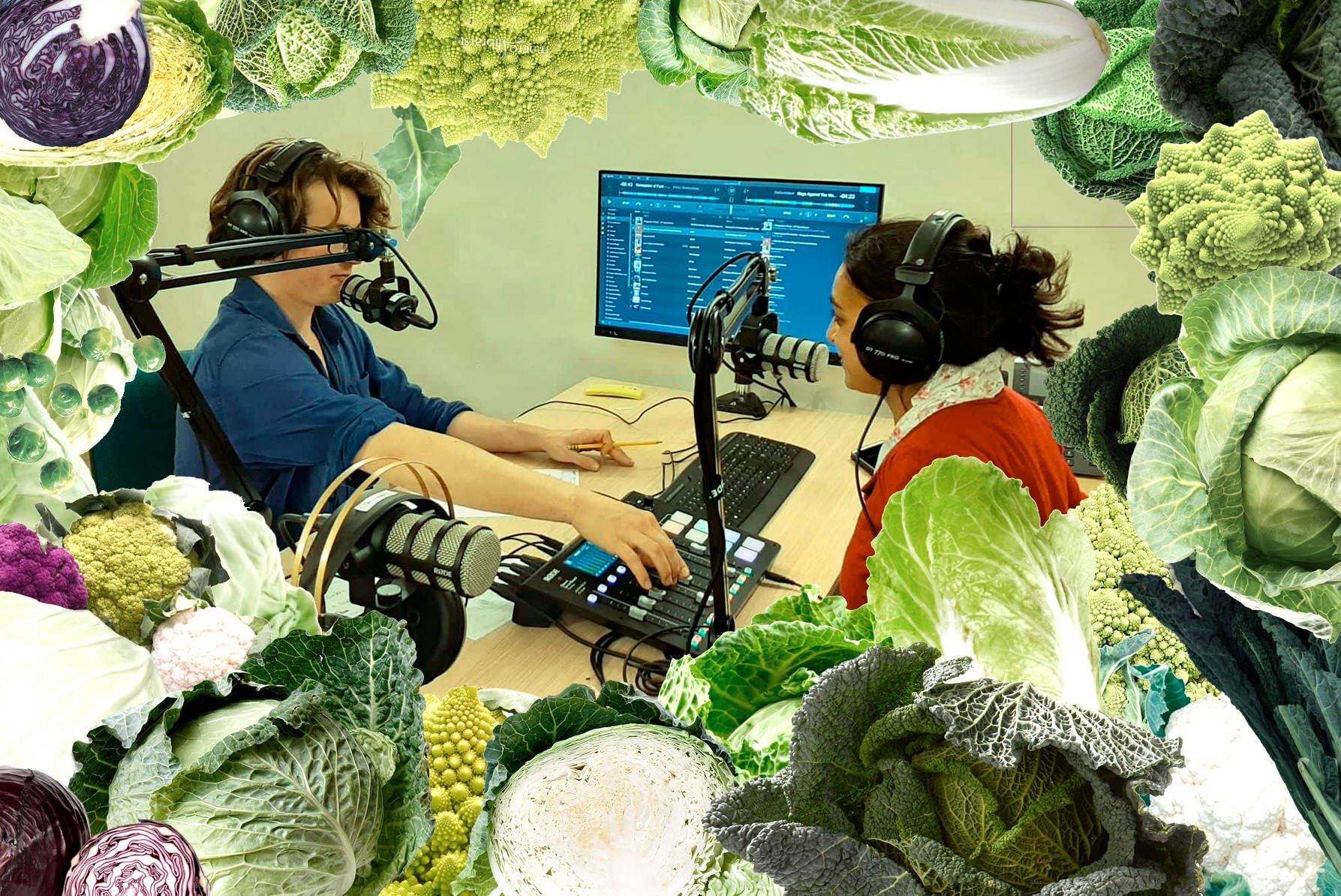 Some ring very poignant: for the inaugural episode on March 10, Felicita phoned in from her hometown of Barcelona, where no infections had yet been reported and where everyone, she said, was going about their daily lives as normal. Things probably look rather different now. Even Renaud Dehousse, the EUI president, rang up. “How have you been these last few weeks?” was the first question put to him. “Busy,” he laughed. He talks earnestly and at length, gently suggesting that the question of when restrictions lift is less important than how. He mentions that the EUI enjoys political autonomy, but thought it wise, where Covid-19 was concerned, to follow government advice and not to insist upon divisions. “We must give solidarity.”

Radio Cavolo only helps in that effort. It would be wrong to assume that ‘Corona Chronicles’ is the only Cavolo show to engage with the current crisis, and that the rest of its output is just a wishful soundtrack to happier thoughts. Take ‘Sex & Stuff’, a programme presented by Chou Fleur and Chou Frisé on, well, sex and stuff. For their most recent episode, at the time of writing, they discuss sex in confinement and interrogate the idea of lockdown as a couple’s paradise. Everything is informed by the viewpoints and experiences of the listeners, who phone up in their droves.

For Radio Cavolo is nothing if not audience-centred. Most of its presenters are fiercely multilingual, and though English is the station’s first language, they seamlessly slide into Italian for local guests and callers. They are always recruiting too: “Anyone who wants to be a cavolo”, the website says, can email radiocavolo@eui.eu. “We’ll provide a few useful guidelines and do our best to make sure that your cavolous sprouts of ideas grow and grow until they become Cavolo shows of their own.”

Finishing up this article late one night, the whale songs are interrupted for a Radio Cavolo announcement. “Hello dear cavoli,” it begins, announcing an end to the evening’s frivolities. But it continues: “Remember that you are a beautiful unicorn, prancing in a cabbage patch.” Some will be on board with the quirkiness, some will think it twaddle. But one thing’s for sure: nobody had ever said that to me before. Restrictions in place, you are probably itching to get off the patch, but Radio Cavolo suggests that the patch is a fun, if unconventional place to be.