On Friday, October 16, join AWA and The Florentine for Part One of the interview series ‘Restoration Conversations’, streamed live on The Florentine’s Facebook and YouTube channels. At 6.30 pm (CET), Letizia Treves, curator of the much-awaited UK show Artemisia, will share her insights on one of the world’s finest Baroque artists and focus on what the exhibition tells us about the artist’s matchless wit and mastery. “Artemisia is an inspirational figure of resilience and unbowed creativity in the face of exceptionally challenging odds,” says Treves. 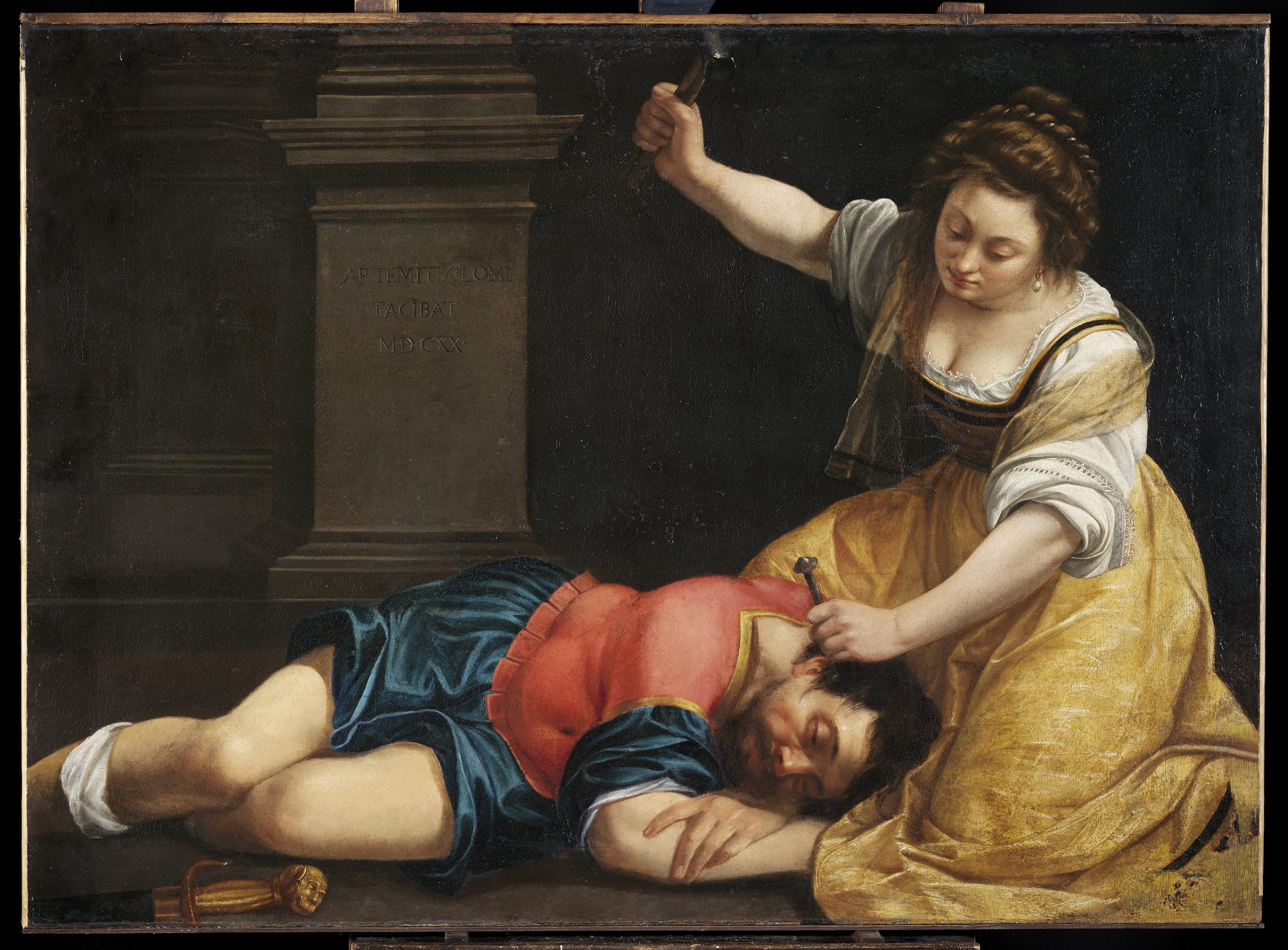 “A woman’s name raises doubts, until her work is seen…” the artist wrote in a 1649 letter. Some 370 years later, the world is ready to see Artemisia Gentileschi’s art like it never has before, at London’s National Gallery, starting October 3. Britain’s first major monographic on the artist, it spans her 40-year career, including her first and last works—two versions of Susanna and the Elders—the first of which she painted at age 17. Simply titled Artemisia, the exhibition explores an artist who is growing into her name when it comes to recognition amongst modern-day art lovers.

The Treves interview, in my view, will “lessen the sting” for those art lovers unable to see the show “in the flesh”. Whilst awaiting the opening, my own thoughts go back to Gentileschi’s Judith Beheading Holofernes being hidden from view in Florence, as the Electress Palatine thought it “too gruesome to behold”. Indeed, we are not spared blood and guts whenever Artemisia deemed it fitting, but more visceral than the violence often imbued in her paintings is the artist’s ability to capture moments of silent anticipation. With Artemisia, I can never help but feel like an unseen character in the painting, waiting breathless in the wings, on the threshold of her canvas. Her biblical or historical women—Judith, Lucretia, Cleopatra, Cloe, Bathsheba and Mary Magdalene—are women of emergent thought and quick action. They are just about to do something and I want to be around to see it. They claim the canvas, just as their painter does, protagonists of the scene—sometimes nude, often robed in Artemisia gold. 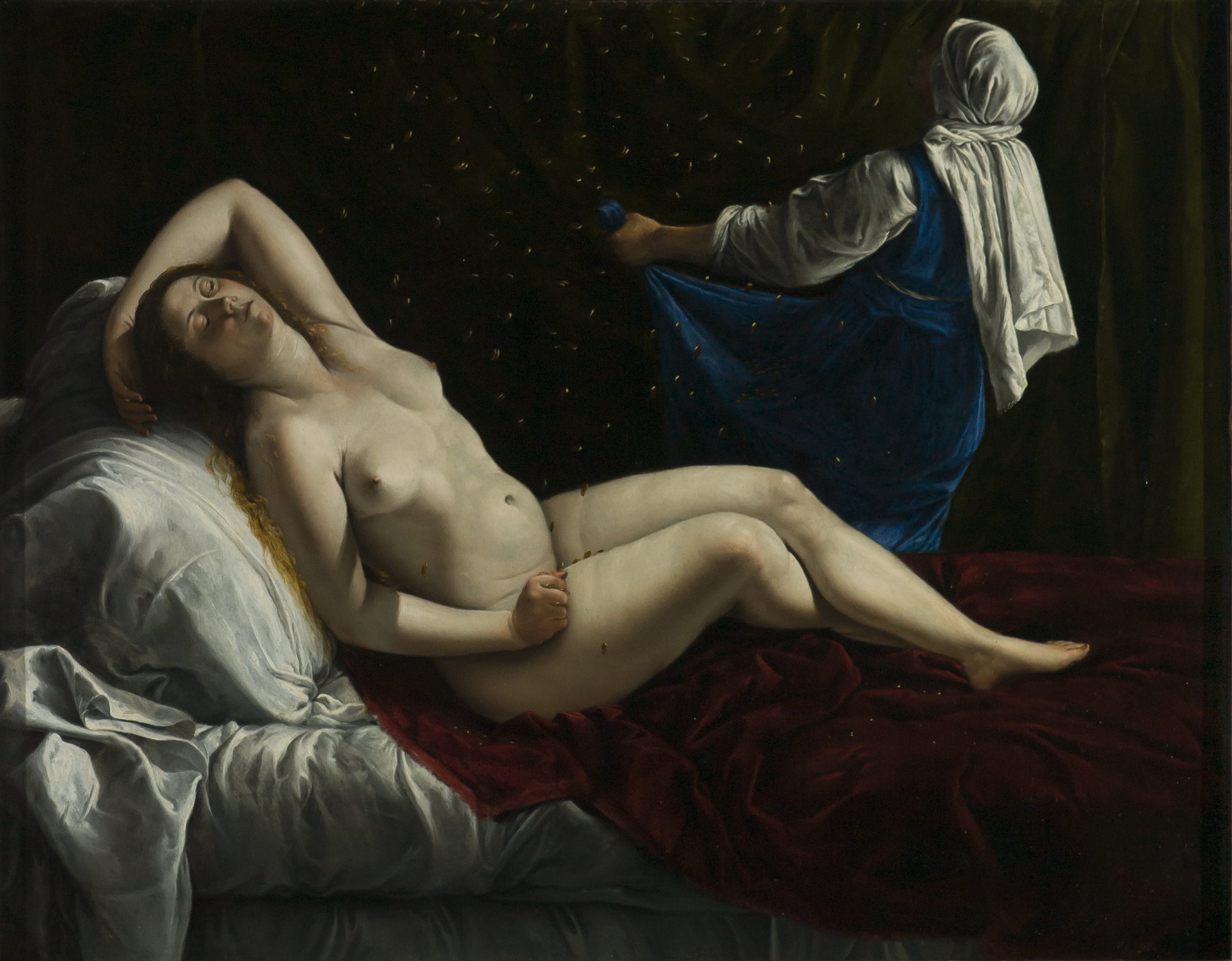 Female heroes are ubiquitous in Artemisia, and the majority can be read as an alter ego of sorts that mirror Artemisia’s identity either physically or psychologically. The exhibition segment ‘Becoming Artemisia in Florence’ illustrates this idea and features self-depictions from the 1610s, in which we see the unabashed artist portraying herself as queen, musician or martyr. Gentileschi, who was the first woman ever admitted to Florence’s Accademia delle Arti del Disegno in 1615, is model, muse and maker, a prerogative impossible for her male counterparts, and when she steps into the painting, there’s no arguing; she owns it.

Artemisia was no stranger to self-promotion and garnered considerable acclaim in her own time. The gallery rooms dedicated to the ‘Hand of the Famed Artemisia’ brings together depictions of the painter in the eyes of her 17th-century colleagues. This rare collection of portraiture and paraphernalia provides a window on the recognition Artemisia enjoyed as a result of her masterful Caravaggio-like technique and dramatic storytelling abilities. “I hope that this exhibition will bring her artistic achievements to the fore,” Treves muses, “so that visitors fully appreciate what a talented painter and extraordinary woman she really was.” Exactly! We look forward to more of the curator’s musings mid-month! 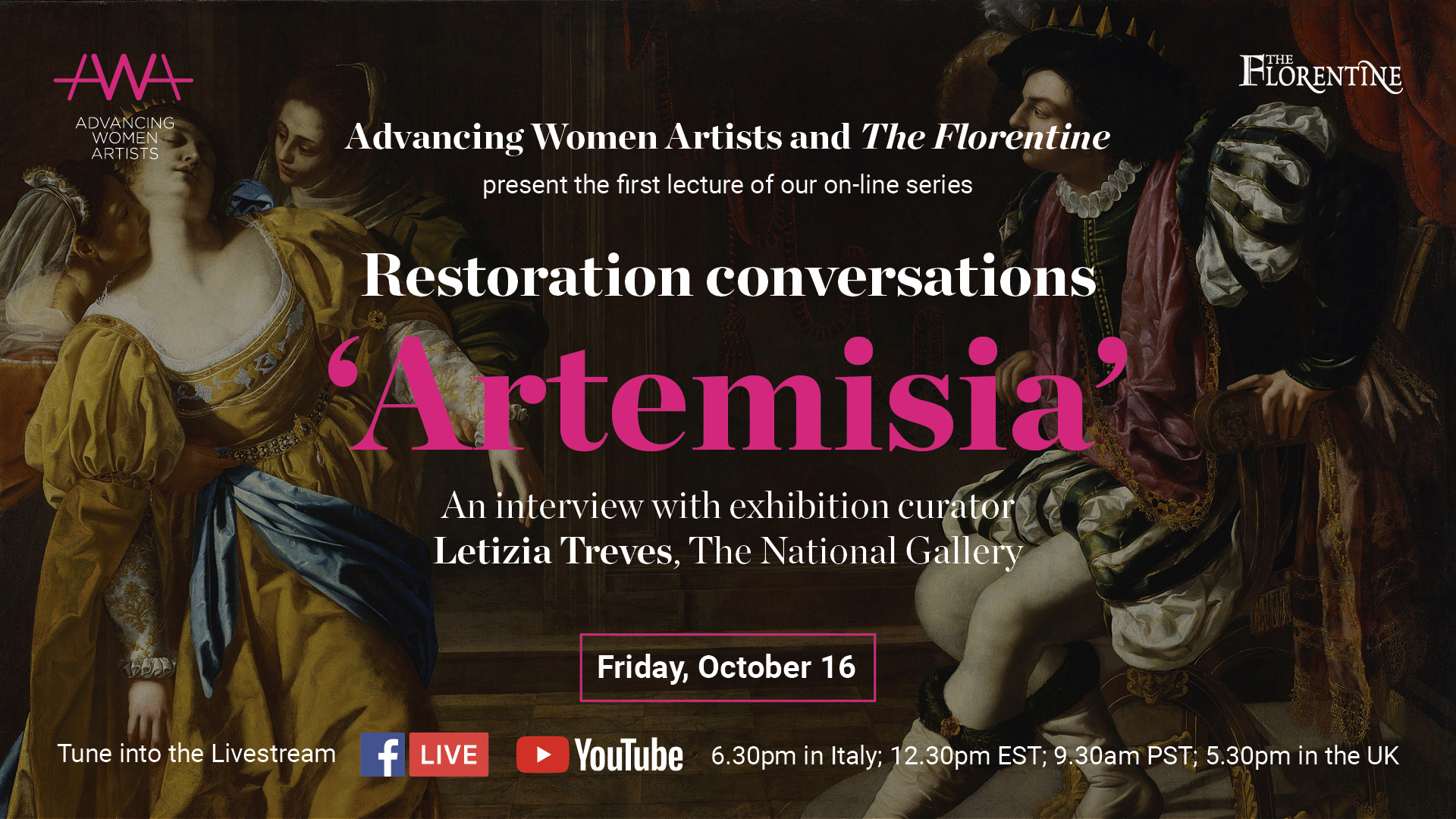