Black Madonnas occupied every landing in the Elba Island hotel where I retreated last summer. Beautiful to behold, sacred and ageless, the transracial religious art in an isolated corner of Tuscany elicited introspection when Black Lives Matter protests were calling each and every one of us to action. 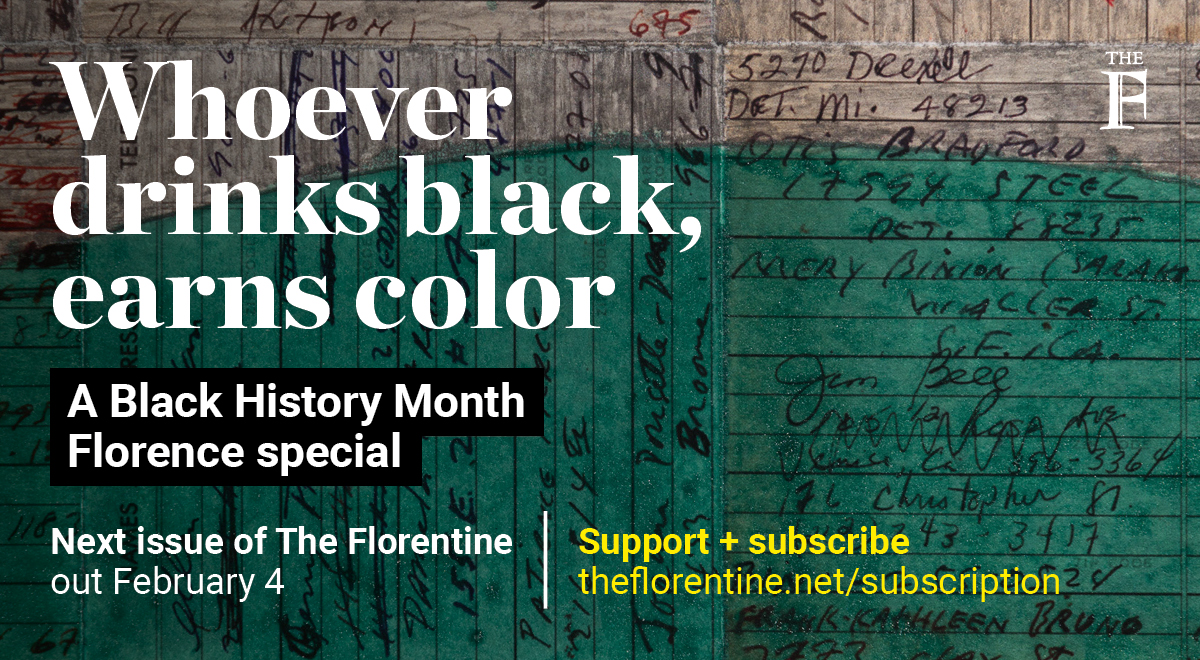 It was a sweltering day when Justin Randolph Thompson and I sat down outdoors for coffee—and a renewed commitment. The Florentine has always given space to Black History Month Florence as the cultural initiative has evolved since its foundation in 2016, but in 2021 we feel compelled to dive deeper and broaden an awareness of Black culture in Florence. In addition to a regular column, this month’s issue contains an extended special edited by BHMF, which will be accompanied by online chats on our Facebook pages and YouTube channels. It’s our hope that the Italian media will follow suit to amplify under-acknowledged voices throughout the country. Contents include a thought-provoking review of the McArthur Binion exhibition on display at the Museo Novecento, commentary about a self-guided walking tour to unsilence Florence’s colonial past, and a searching consideration of the coloniality of coffee. Thank you to everyone involved in BHMF for making this issue possible and for your dynamic endeavours to enrich our collective culture. Please support BHMF.

Speaking about universality, on a bone-chilling day, the glorious heritage of the Great Synagogue of Florence left an enduring impact. Built between 1874 and 1882, the impressive temple has undergone extensive restoration in modern times and now glows with beauty and belief—the dome appeared on our February 2018 cover. The Florentine was there to document Hershey Felder’s forthcoming production, Before Fiddler, which, accompanied by the rousing refrains of the Klezmerata Fiorentina ensemble, tells the life story of Yiddish writer Sholem Aleichem, otherwise known as the Jewish Mark Twain. The show will be streamed on February 7 and remain available on demand for a week. Have you taken in a virtual theatre show in recent months? What did you think? A friend recently wrote to me, questioning ticketing prices for online performances: “Seems steep for a Zoom show.” At a time when many are strapped for cash, the question is pertinent. It’s true that streamed shows can sometimes lack quality, but many artists are now making previously unfathomable leaps, converting theatre to full-blown film art that lifts spirits, edifies and entertains. Surely that’s worth the cost of a dinner (well, lunch, given the continued evening Covid closures in Italy).

Purchase your Before Fiddler tickets. Tickets cost 45 euro per household with 50% of proceeds bought through the link generously donated to The Florentine. 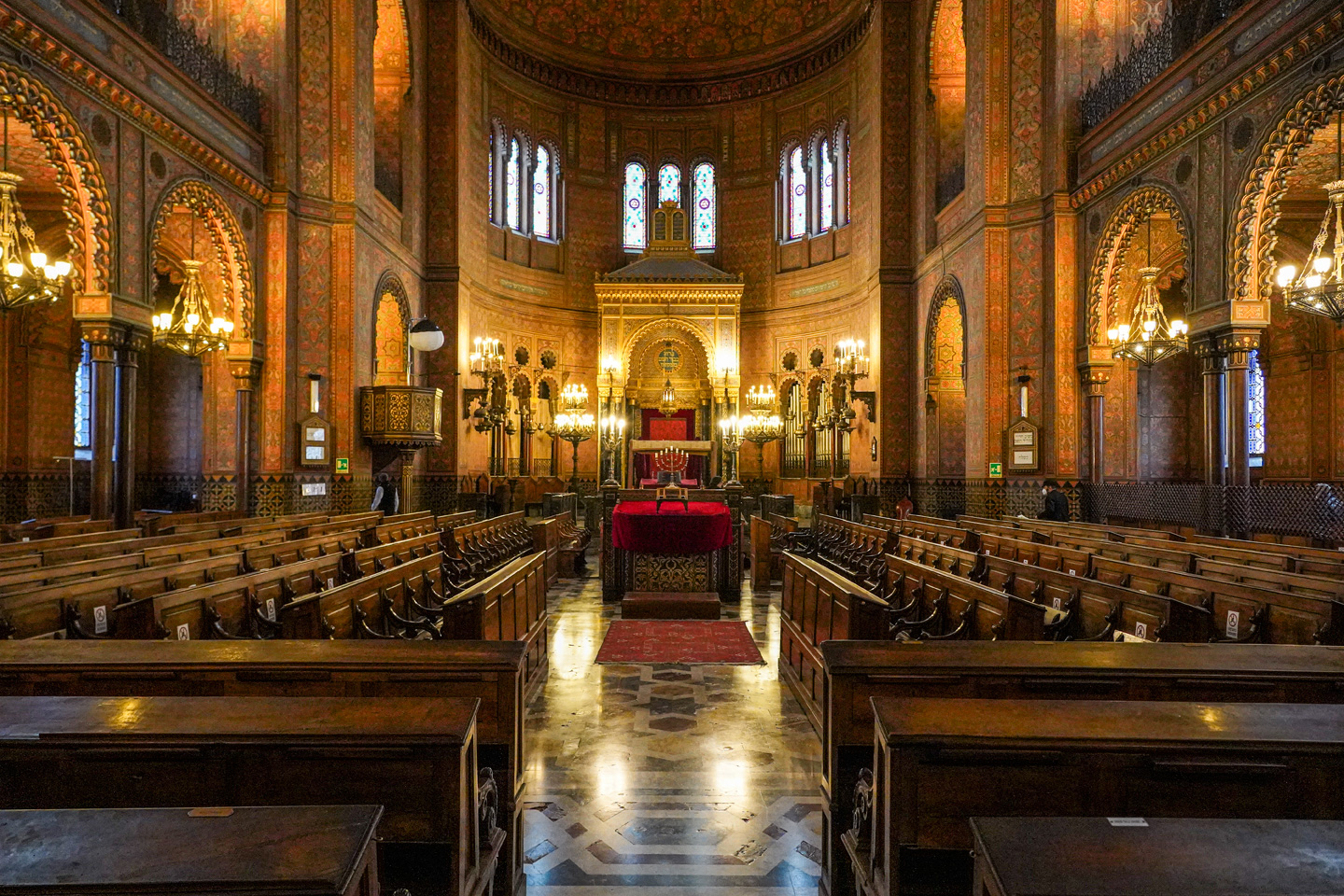 This month brings another cultural issuance. Who, in their right mind, would publish a collection of poems in the eye of a pandemic? The Florentine Press, of course! Self-enrichment is a gatekeeper this winter, as seen in the revived interest in Dante, and poetry provides shelter in this never-ending storm. I, for one, have dusted off my poetry books and indulge in a soothing verse before bedtime. So, we’re proud to present Harry Cochrane’s The Florence Duck Store, an anthology of 23 poems inspired by Italy. ‘The Florence Duck Store’ is the longest verse in the collection centred on an unrequited love story and a flock of rubber ducks, while ‘Vinanelle’ sees the vanishing of a long-cherished bottle of plonk. Modern translations of Guido Cavalcanti and Leon Battista Alberti graze the pages, as does a contemporary take on Dante’s Purgatorio. Presales are now open (15 euro/shipping on Feb 10).

In this issue, read about the Andrea Bocelli Foundation, which recently opened its headquarters and educational venue in the San Firenze complex; meet Reverend Richard Easterling, the new priest in charge at St. James Episcopal Church; and listen to the language-transcendent electronic beats of Mark DiFlorio and David Iozzi.

And remember to tune into our YouTube channel on February 5 at 6:30pm CET. Linda Falcone, director of Advancing Women Artists, will be in conversation with Cristina Acidini, president of Florence’s oldest drawing academy, Accademia delle Arti del Disegno. 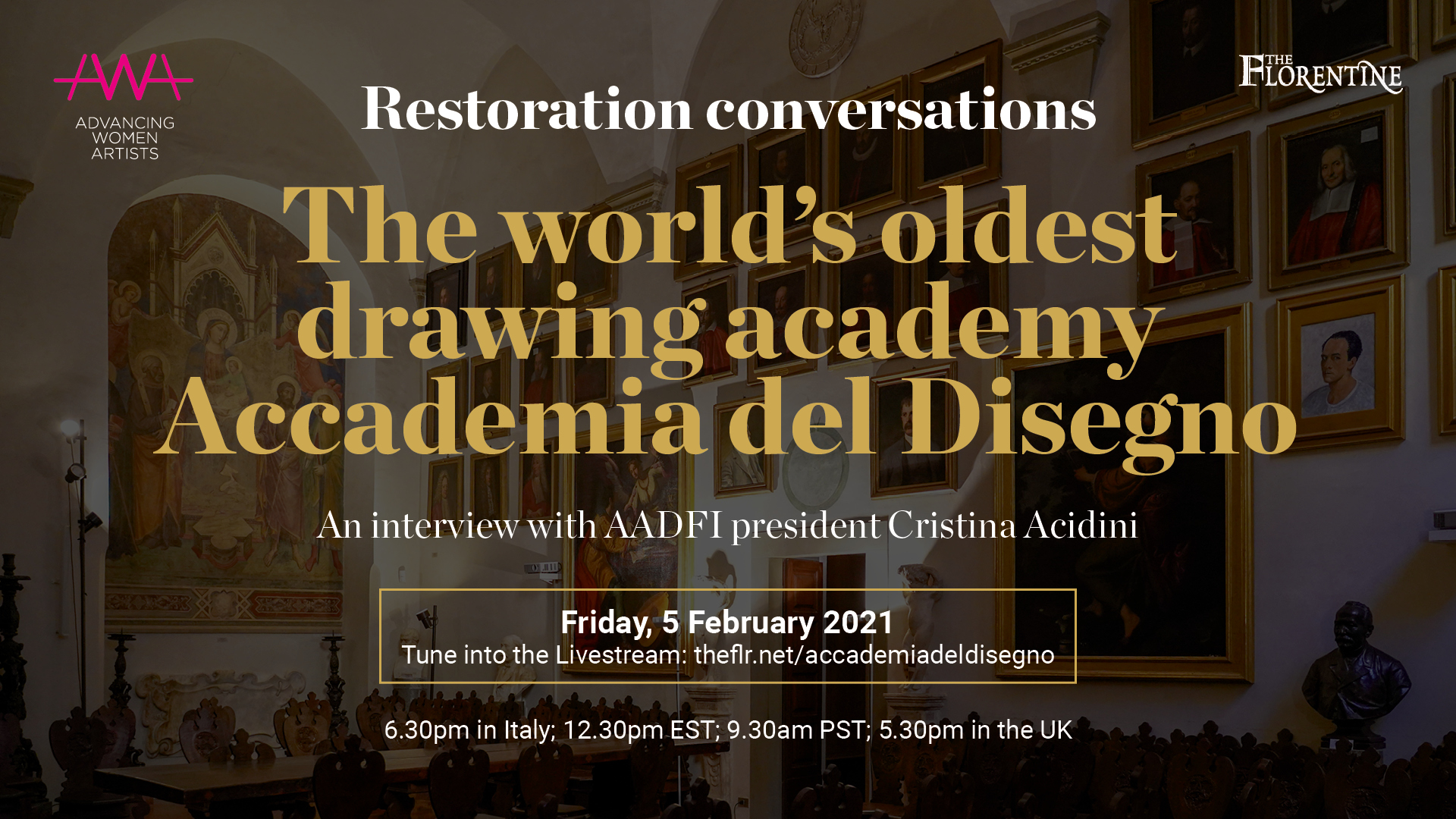 We get quietly disruptive with this month’s cover since we fell head over heels with two different images of the McArthur Binion exhibition on display at the Museo Novecento. 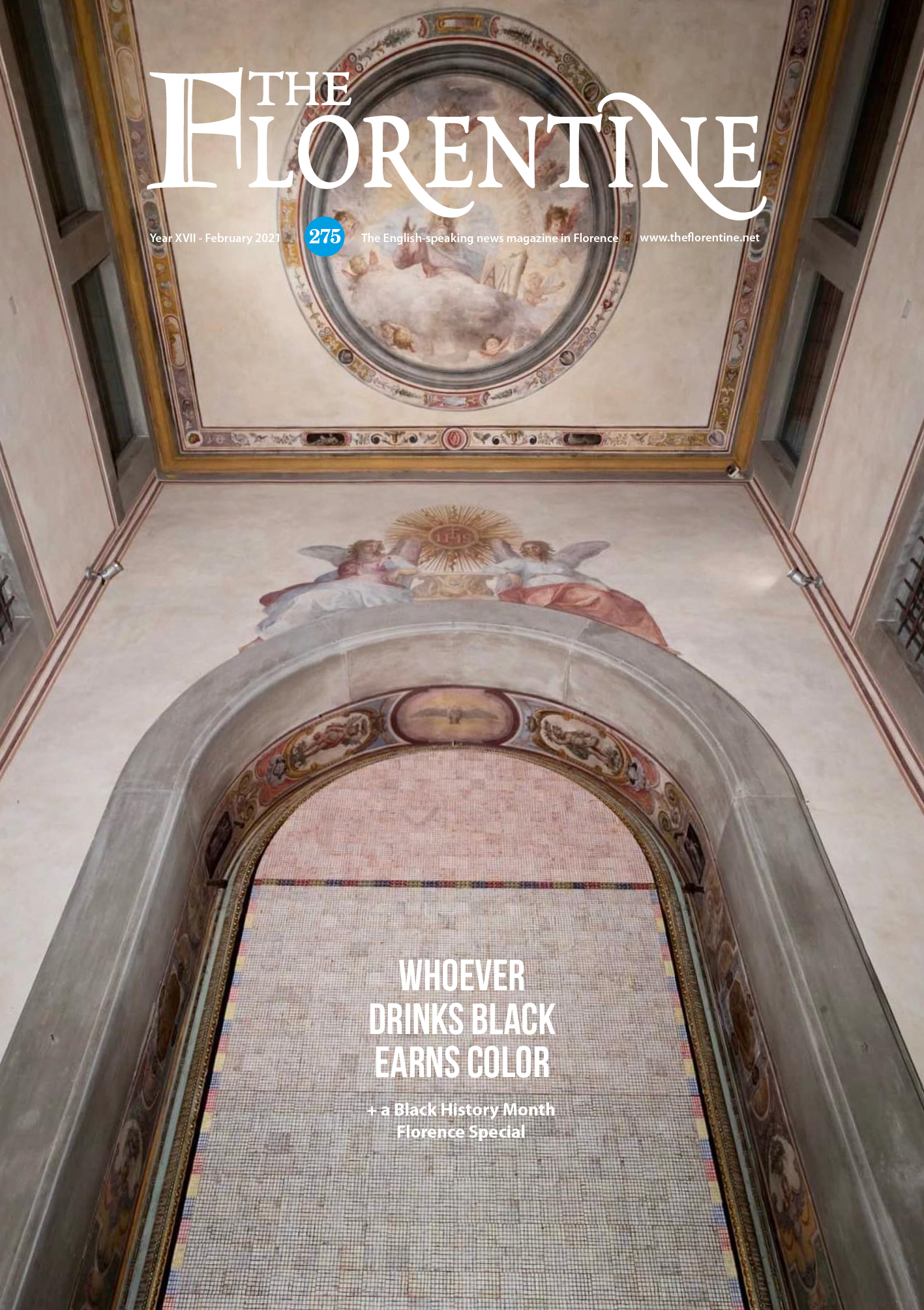 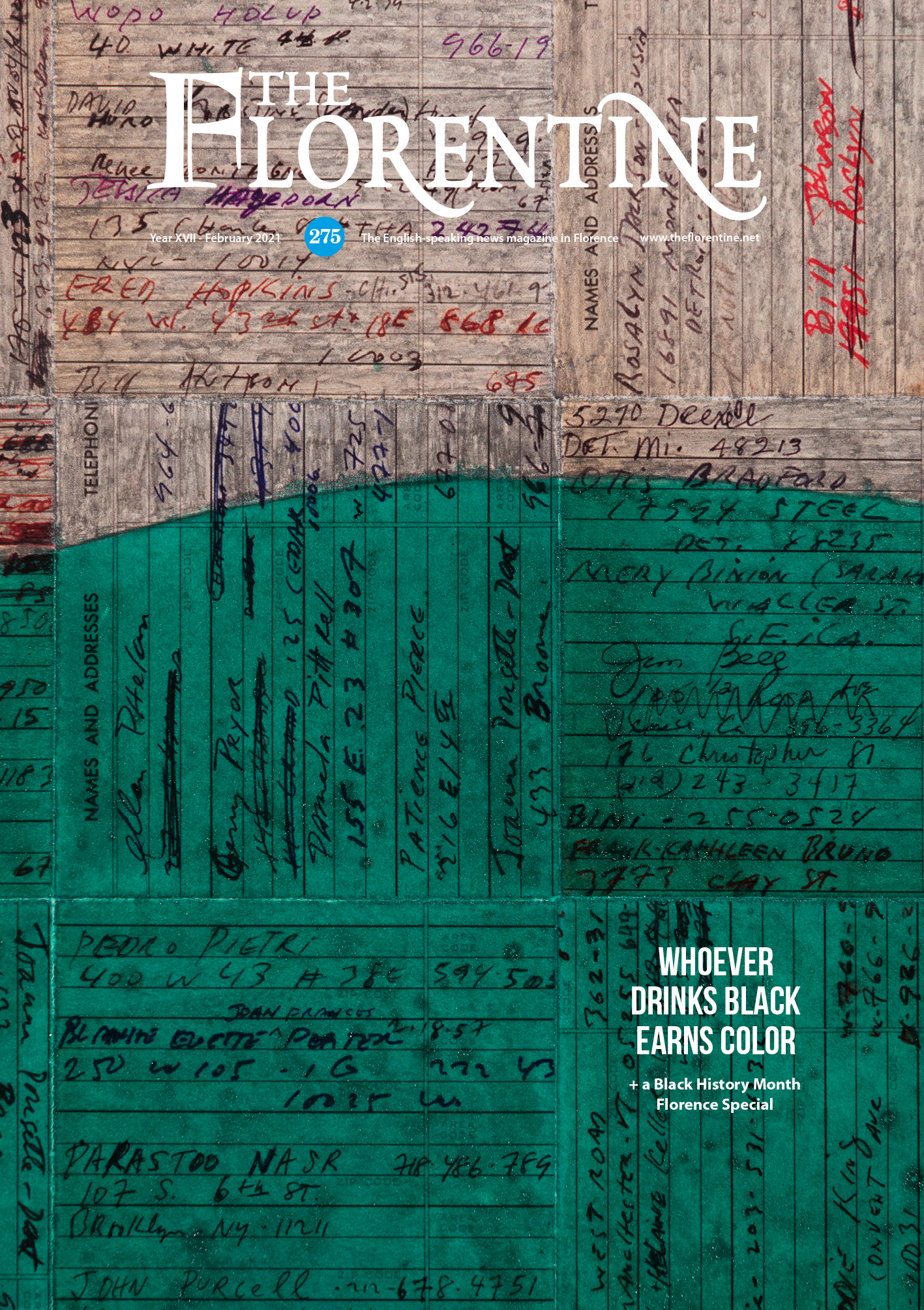 Print subscribers and readers around Florence will instead receive the February issue featuring an extract from McArthur Binion’s notebook, which formed the basis of the Modern Ancient Brown-Altar on show in the Museo Novecento and investigates the relationship between the paper’s grid and layers of oil paint.

Give the gift of information with a subscription to The Florentine. It’s a gift that keeps giving.

New for 2021: readers can now purchase single pdf issues (5 euro) of The Florentine without being obliged to subscribe for longer periods of time. Click here to buy the February 2021 issue.

What’s in the February issue of The Florentine 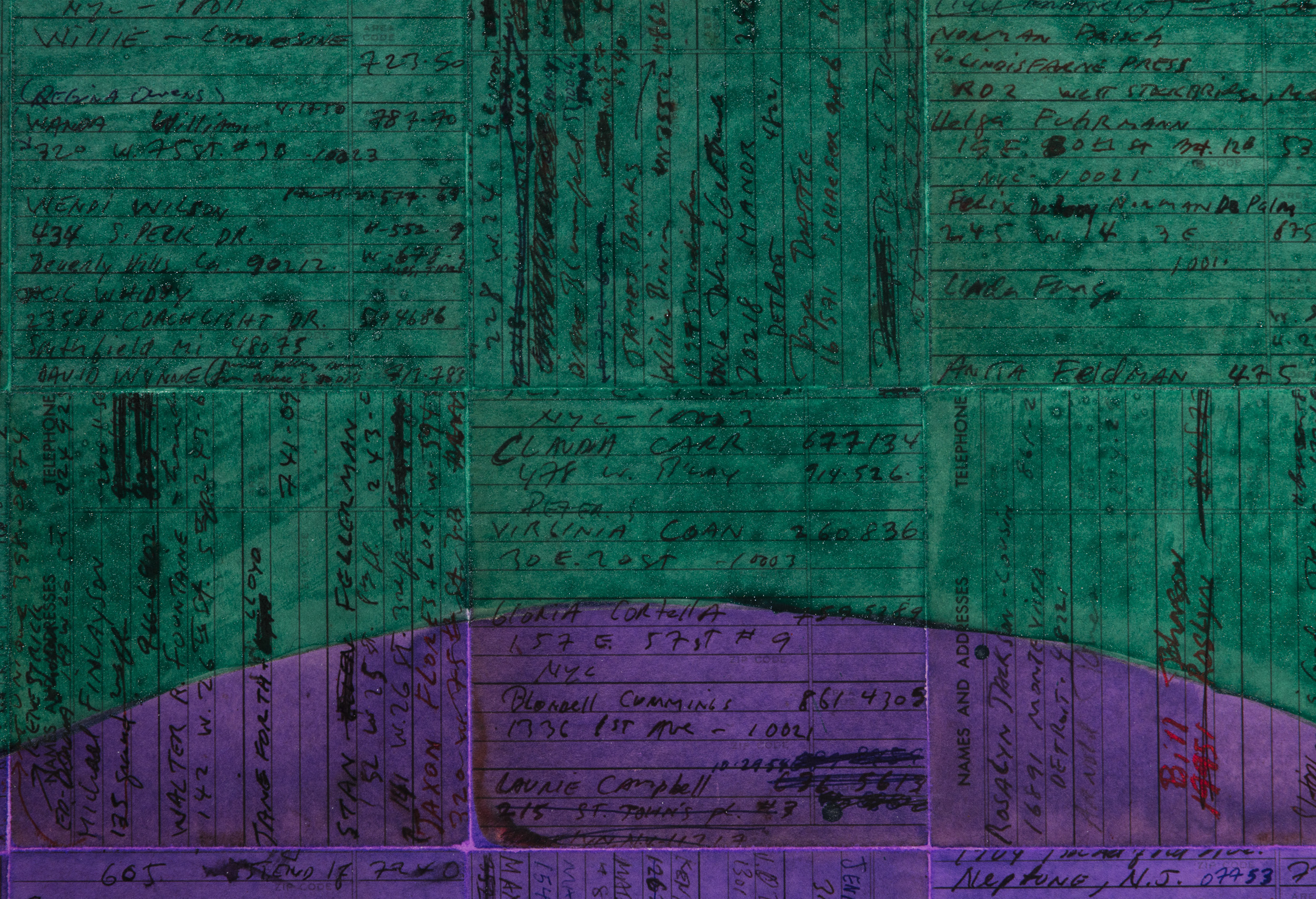 An extract from McArthur Binion’s notebook 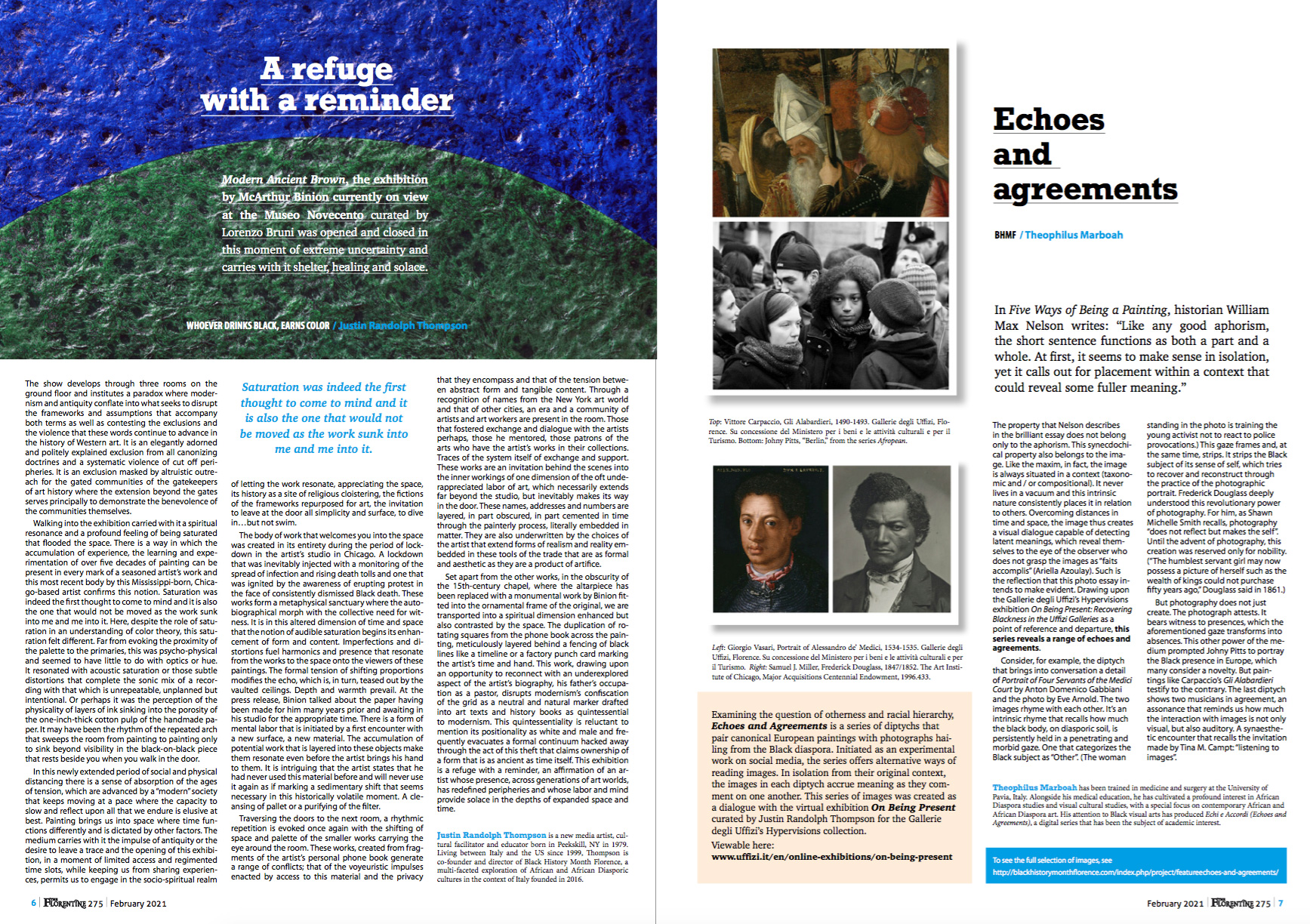 Coffee and colonialism – Thoughts of a barista in Florence / Jessica Sartiani

Letter to the editor about Made in Tuscany crafts 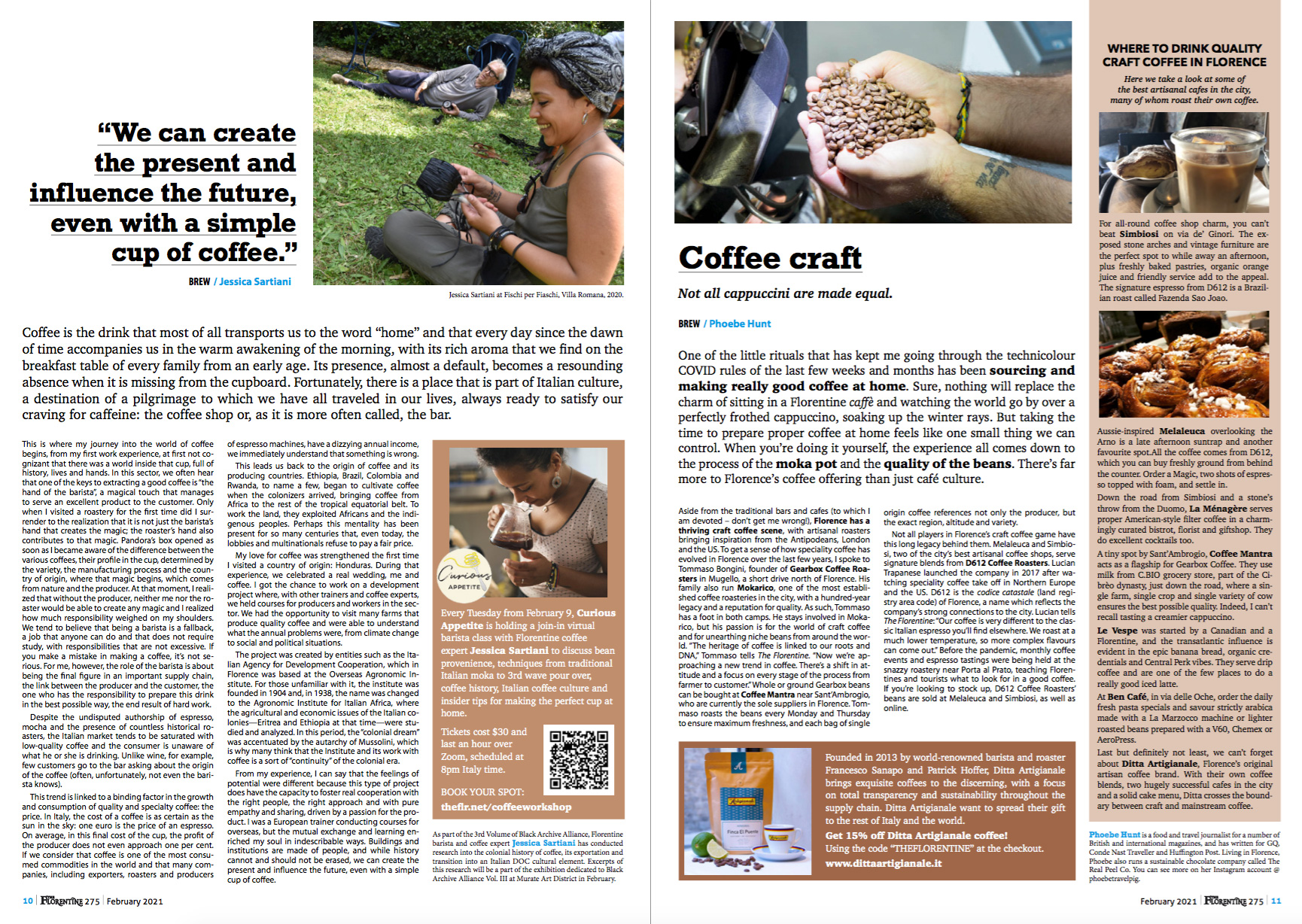 At Home guide: comforts from Tuscany 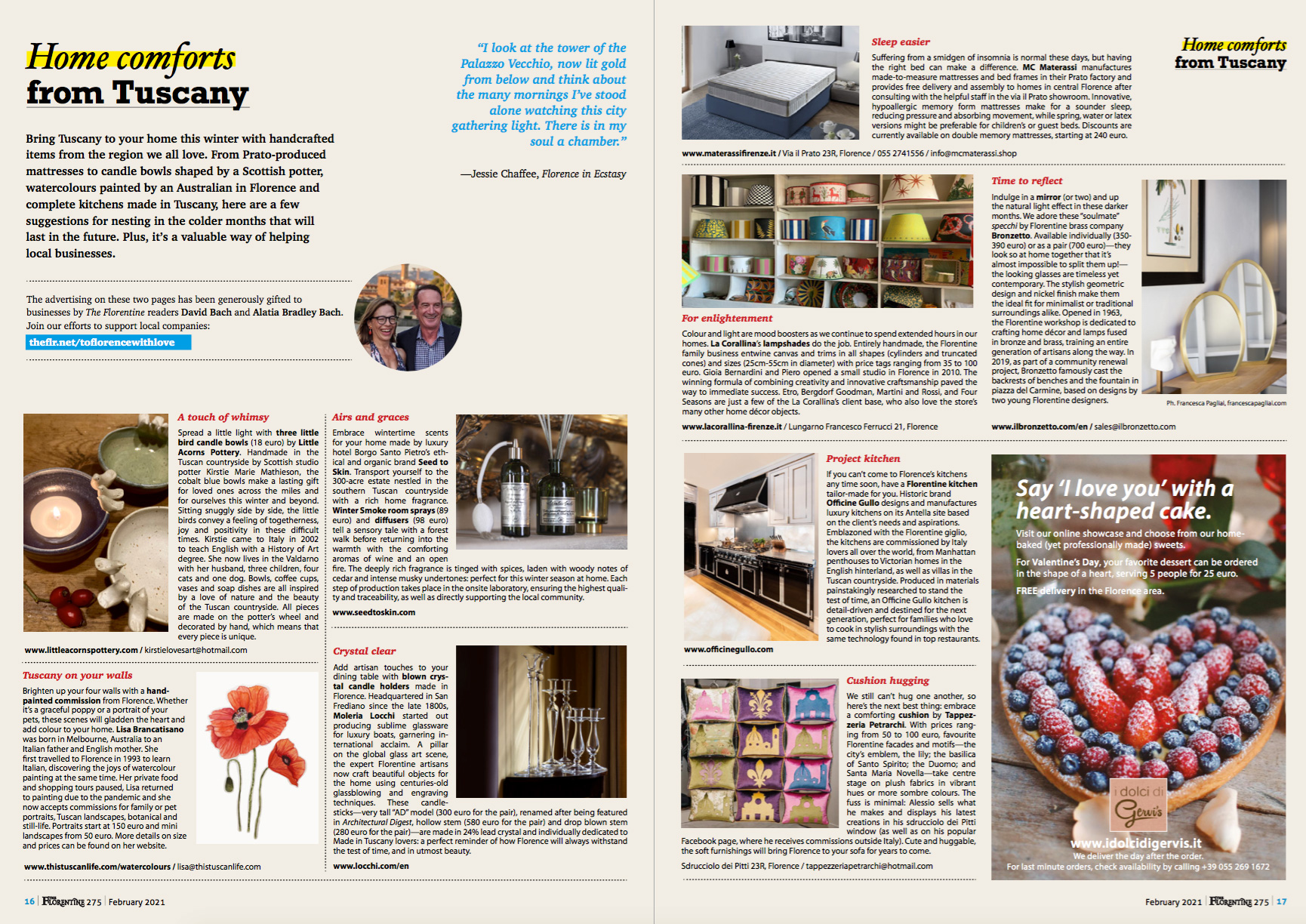 The Great Synagogue and the Jewish community of Florence / Hershey Felder