Italian singer Ligabue has set several of his rock songs in a bar called ‘da Mario', and if I ever find it, I'm stepping inside. It's where desperate people decide to either give up or buckle down and where lovers find Valentines even when February's over.

Italian singer Ligabue has set several of his rock songs
in a bar called ‘da Mario’, and if I ever find it, I’m stepping inside. It’s
where desperate people decide to either give up or buckle down and where lovers
find Valentines even when February’s over. There, trusty enemies and suspicious
allies rise and fall like one’s stocks on the market, and Mario watches it all
from behind the bar.

Whereas Guido, my own neighborhood barman, sees nothing-or
at least admits to seeing nothing, because those who mingle around his shiny banco never really kick over tables or soulfully bemoan the burdens of life. All that
ever happens there is conversation, which is, of course, the reason I go there.
My friend Andrea introduced me to Guido’s because it’s downstairs from his work
and across the road from mine-a fair-weather junction where we meet for a
minute in between routine hours of what he calls il solito tran tran. Andrea
always has my coffees stamped on his frequent-customer card-a small gesture
that has become a very dependable fatto bello, ranking right up there
with all the more meaningful things that can accidentally go right on any given
day. If he’s had to dash off before I arrive, he’ll still have my espresso
stamped in advance, and this form of coffee-kindness gives me courage to face
the day, and the newspaper, alone.

Occasionally, along with our coffee,
we share realizations-or, to be more precise, I share realizations. And Andrea
analyzes them because the man is a statistician who knows all about how numbers
are supposed to add up. In fact, by evaluating the results of his latest
telephone interview poll, he can even tell you whether you’re being perfectly
normal or grossly over-reacting. Not that I really need a poll to know that I’m
over-reacting.

His firm conducts surveys on a
whole plethora of issues, which means that whatever concern has been floating
around in the pit of my stomach all week has usually been previously
investigated in the bottom of his company’s belly. Who to vote for in the next
elections, whether euthanasia is a sin or a sign of mercy, how single people
feel about living in a marriage-less country-it’s all been researched, he says.
And according to popular opinion, I’m almost always wrong. But, that, I suppose
is what makes for good coffee talk.

This week, his phone interviewers are asking housewives
what they think about the economic crisis and if it has significantly altered
their status quo. ‘What do you think?’ Andrea wanted to know.

‘I think my status quo has been
altered since the day my father saw me graduate from university thirteen years
ago. He sent me a card saying “Free at last, thank God Almighty, I am free at
last.” And I’ve been in an economic crisis ever since.’

‘If you think I’m kidding then you
ought to do a survey on mother-tongue English teachers and the jobs they do to
keep from starving during summer months.’

‘Only phantom companies want translations done in
August. If you don’t believe me, create a questionnaire, would you? The month
of June brings about extraordinary employment proposals.’

‘Well, last year, a friend of mine had this whole
growing giro of easily awed signore who could not get enough stracci
miracolosi. Supposedly, you save on cleaning solution and they leave no
streaks on your windows.’

‘No. I couldn’t get over ‘rag’ and
‘miracle’ being used in the same sentence. But if you want to hear a miracle,
I’ll tell you about the time, I worked in hell’s lobby loading newly printed
t-shirts into an immense oven so that their slogans would dry before day’s end.
It was a purely spiritual experience. Nothing but constant prayer kept that
machine from sucking me into its rolling mechanism and turning me into the best
thing since gingerbread.’

Andrea scoffed and his disbelief
pushed me to brag about the astoundingly successful business in nero I
founded with an Italian friend the summer I finished school and he finished
obligatory military service. Innumerable liters of paint and a few boar-hair
brushes made Mattia and me the busiest shutter-painters in provincial Italy.
After all, in this country, green shutters are the first green light on the
road to respectability, and supply never really can meet demand. He was a very
patient partner, yet, he should have told me that a person who can barely
figure out how to close a shutter has no business trying to unhinge one.

‘A single gust of wind would have blown me off those
windows ledges like an azalea without a pot. Thank God we were too stupid to
know it.’

‘Sounds like science fiction,’ he
mused. ‘Now, you lift nothing heavier than a pen.’

‘No. I will still lift anything that earns me dinner.
But, if not, I’m more than happy to leave things on the ground.’

Andrea smiled and suddenly looked like he’d just
remembered reading an especially good fortune in a Chinese cookie. ‘Linda, I
wanted to tell you. Martina and I are having a baby.’

‘Really? Congratulations! That’s
great,’ I smiled, partly for the news and partly for the way Italian men-or maybe just men in general-chose to
confide. They select a totally unrelated topic in which to reveal their tidbit
of truth and then try to pass it off as small talk.

‘So how pregnant is she?’ I asked.

‘Well, she’s not actually pregnant
yet,’ he admitted. ‘I just mean, we’ve decided to try.’

But just when I was absolutely won over by a man who’s
prone to celebrate even the mere thought of a child, he said something else,
‘You know, economic crisis always brings about a baby boom.’

‘Ugh. You’re ruining how nice I think you are.’

‘No, it’s just a statistic,’ he insisted. ‘I mean, it’s
statistically proven.’

Yes. I suppose it is. And that goes for both his affirmation
and mine. According to the smart people, populations grow in times of financial
difficulty. And for those who look for the smaller trends in life, five free
coffee stamps a week pretty much proves my own tiny theory. 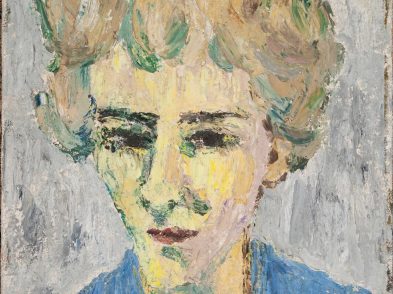 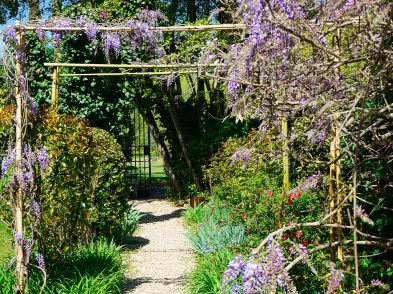