There are quite a lot of people on the planet who have entertained the thought of moving to Florence. Eavesdropping on enamored tourists’ conversations or reading a distinct subset of emails in The Florentine’s editors’ inboxes will confirm it.

A 2016 census puts Florence’s resident population at 382,808, but such counts can never fully reflect the metropolitan makeup on a given day. Santa Maria Novella is a revolving door of businesspeople and day-trippers; September brings a fresh crop of students. From station estimates and study abroad stats, however, we can pin down numbers of the più o meno variety. Far more elusive are the figures for another segment of Florence’s fluid population: the Returners.

You may know a Returner, or you may be one yourself. I would estimate that Florence’s university programs produce more Returners per capita than all Livorno-landing cruises combined. No, the Returners aren’t Residents (though they may later make that leap). Instead they’re frequent visitors who know the city’s nooks and crannies better than some natives.

Though “frequent” can vary greatly depending on one’s base and budget, the key trait of a Returner is that their discretionary income is spent on Florentine homecomings in lieu of less familiar destinations. As Returner-turned-Resident Susan McCreight put it, “I used to think people who always went back to the same place were unimaginative. Then I came to Florence for a month…{and I was} really unable to think of going elsewhere for more than a few days.”

This phenomenon is widespread in Florence, though not entirely unique to it. But when all other factors are equal—economic resources, adequate vacation time, educational background—what separates the bucket listers from the must-get-back-ers? What makes one satisfied, if not smitten, traveler tick off the Florence box for good, while another schedules her second trip from the airport security line? 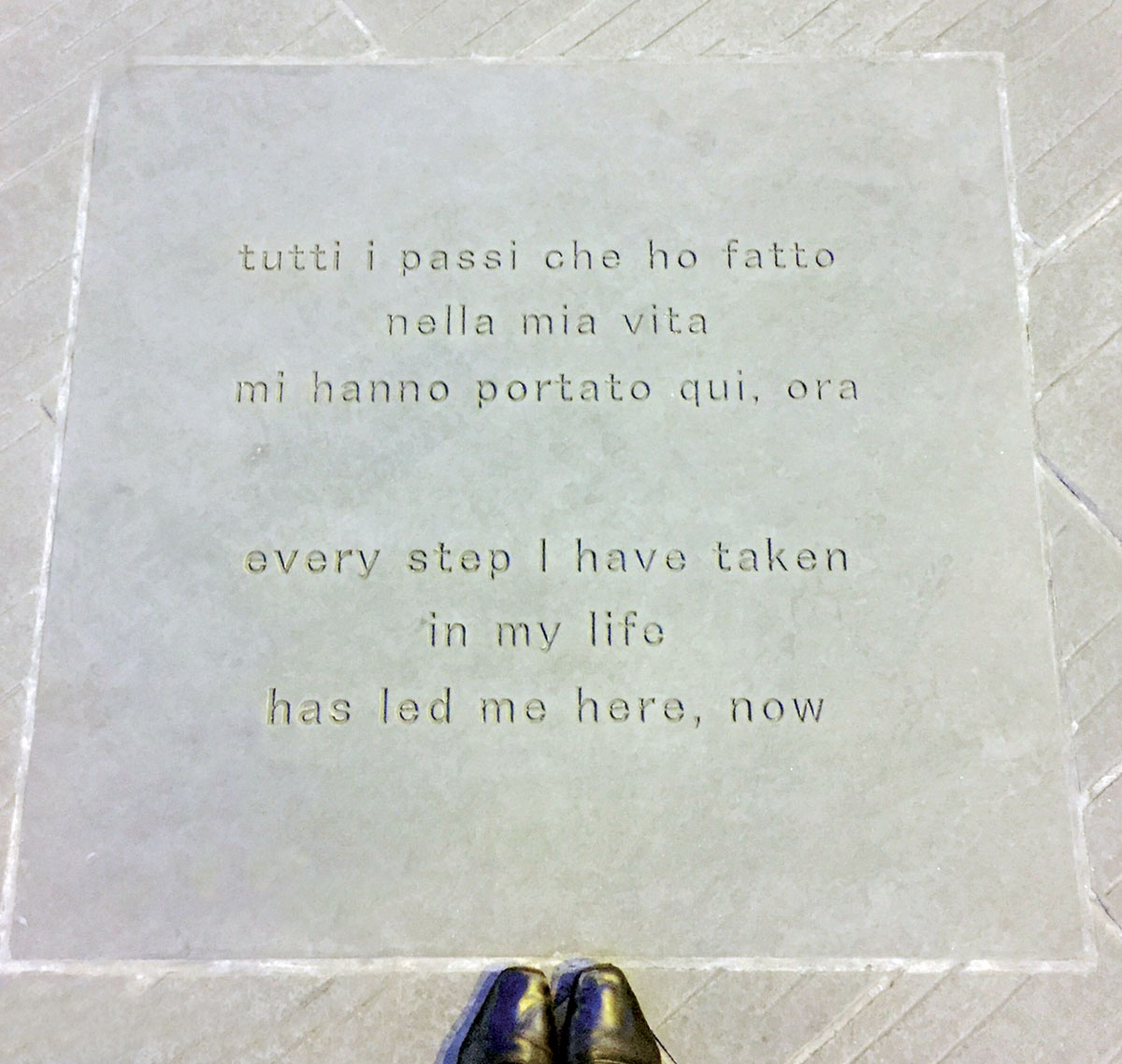 Of her inability to stay away, New Yorker Candi Obrentz said, “I try not to compare {other countries and regions of Italy} to Florence, but it’s unavoidable. I’m eternally drawn to Firenze, which holds a permanent place in my heart and soul.”

TF reader Deb Marciano feels similarly at home here. She first touched down at age 16 for a three-day stay, during which she found an antique key on the ground in piazza della Signoria. Unable to determine its owner, she took it home as a travel memento and cherished it well beyond her teenage years. On a return trip in 1988, Deb was walking toward Palazzo Vecchio with a friend in tow, chatting about her early memories of the city and sharing the story of that treasured souvenir. They both made a cursory glance at the pavement and were tickled—and taken aback—to spot another sparkling key.

Moments like this, set against such a beautiful backdrop, can add up to a lot of “magical thinking” for some. A few serendipitous circumstances do not signify that one’s trip was divinely sanctioned. Yet there’s something very spiritual about the way the Returners experience this city—and no, it’s not all to do with Duomo bells and dusty tabernacles.

Converted Francophile Mary Jane Jacques fell for Florence about twelve years ago while visiting her daughter, who was on a summer study abroad program. On that trip, she met a local acquaintance—as it happens, a PhD in Renaissance art. “She’s become one of my dearest friends… and because of her, my quest for knowledge of everything to do with Florence just cannot be quenched—it would take a lifetime!” Mary Jane exclaims. “There is just so much to learn that one needs to return over and over again.”

Learning, for Mary Jane and many Returners, isn’t limited to museum interiors and downtown strolls. She’s grown close to the woman’s young children, attending swim lessons and gymnastics events, becoming enmeshed in community rituals and familial rites of passage. Joint June birthday celebrations for her and her friend’s daughter have become a calendar fixture. Visits to Florence provide a framework for structuring her year.

It would seem that the divide between touch-and-go travelers and Returners has less to do with Renaissance paintings and more to do with existential planes. Were he alive today, philosopher and religious historian Mircea Eliade would probably detect a pattern in these Florence lovers’ narratives.

Eliade’s 1957 work The Sacred and the Profane presented the two titular spaces as sharply distinct. For Eliade, “profane” space and experience is not vulgar, nor is it a void. Put simply, it’s chaotic, relative, disorienting—much like how a new city can feel before you get your bearings.

For Eliade, uncharted or “profane” territory “shares in the fluid and larval modality of chaos. By occupying it and, above all, by settling in it, man symbolically transforms it.”

A tourist with two hours to kill before his bus leaves may enjoy the experience, but his visit is likely to remain fixed in the profane. For Returners, there’s a level of occupation that defines their days in Florence. A sense of ownership and belonging colors their participation in the city’s rhythms. Possessive pronouns get thrown around in their writings: a TF reader with the screen name “MizzTeaque” said of her 2009 visit to Berlin, “We did kind of appreciate the weather, but…the Duomo was nothing like ‘our Duomo’, the food was nothing like ‘our food’ and don’t get me started on the bars.” Annual visitor John Fiorentini admitted to “some narcissism as I wander {Florence’s} streets, taking in buildings that bear my surname!”

Leticia Francini is the daughter of a Florentine father who moved to Australia for love; together they visited Florence off and on through the years. She described her relationship with Florence as being “like a mother guiding her beloved through twists and turns…she set me upon a new course”. In 2014, she bought her first home here because, she says, she could find “no other way to calm my palpitations when apart from her”. And though her primary residence is still in Australia, she feels that she dwells in Florence.

None of these Returners made explicit remarks about “the sacred,” whatever that may mean to them, yet Eliade would term their relationship to the Tuscan capital as “religious.” Given their deep-seated desire for continued contact with Florence, the city is not unlike an axis mundi in their lives. An archetype within various systems of belief, the axis mundi is the world center, the point of contact between earth and higher realms—think Calvary in Christianity or Mount Olympus in ancient Greece. From Eliade’s perspective, even the most purportedly secular of people engage in religious behavior, in that they strive to stay close to their personal, sometimes multiple, axis mundi—the central spaces around which they structure their worlds, days and dreams. Homes. Hangouts. Community hubs.

And, perhaps in the case of Florence’s “Returners,” whole cities.