#TheFirstLast crowdfunding campaign by the Advancing Women Artists Foundation (AWA) ran from March 1 to April 16, 2017, and raised $65,000. Thank you!

Regular readers of The Florentine will have seen our March 2017 cover story, the hoped-for restoration of a large Last Supper painting by Plautilla Nelli, a 16th-century nun. A crowdfunding campaign called #TheFirstLast put forth by the Advancing Women Artists Foundation (AWA) ran from March 1 to April 16, 2017, to raise $65,000 for the task—and succeeded. The restoration will be carried out in the year to come and be installed in the expanding museum of Santa Maria Novella in April 2018.

The campaign was punctuated by numerous events, including an invite-only presentation at the Antico Refettorio of Santa Maria Novella, a visit for press and bloggers to the painting at the restoration studio, the opening of the monographic exhibition at the Uffizi Galleries dedicated to Nelli and a talk by female researchers about women artists at Il Palmerino. These events represent a local element of how the world came together around Nelli online, around the world.

Numerous local businesses contributed to the success of this crowdfunding, which offered rewards in exchange for donations (the page on Indiegogo is still open for those still hoping to claim one). The Florentine, as media partner, also made PDF subscriptions to the newspaper available as a reward. Artisan perfumerie Aquaflor developed a signature scent, “Invisible,” available in exclusive pre-order. Hotel Savoy, a Rocco Forte hotel, offered a two-night stay and dinner at their Irene restaurant. Nerdi Orafo Firenze developed a unique pendant representing women artists and restoration school Palazzo Spinelli created a tour for supporters. The cultural association at Il Palmerino gave proceeds from their spring events to the restoration.

Linda Falcone, Italy director of AWA declares: “In the past few weeks, together we have hoped for the project’s success, and together we have worked to spread the word about Nelli’s achievements. May art by Nelli and her pioneering female colleagues become more fully part of the collective consciousness all over the world.” 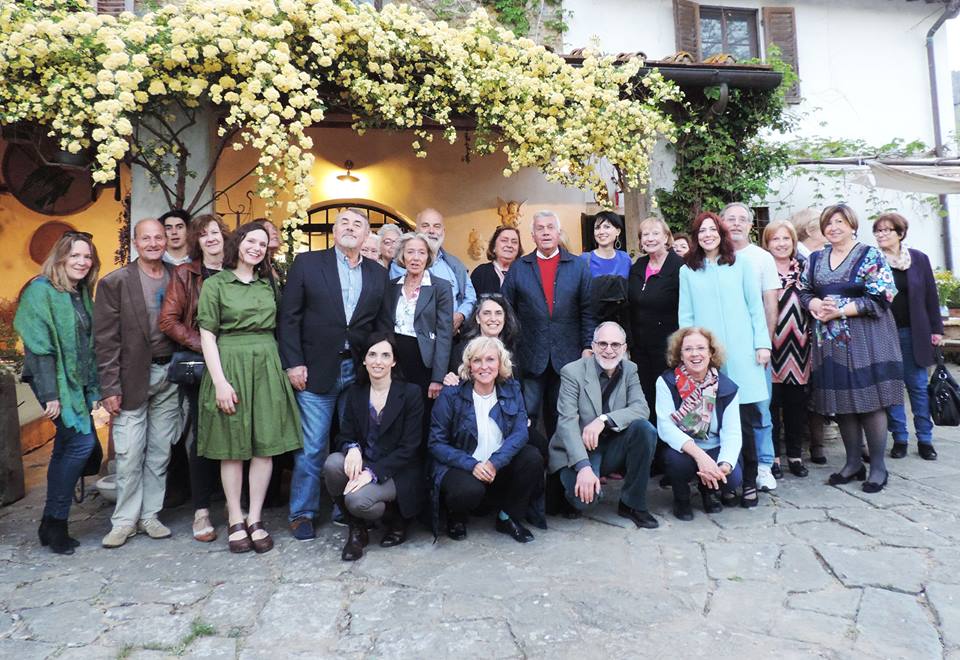 The struggle of women artists to be heard resonated with the many people who chose to get involved in #TheFirstLast. 409 people from 19 countries gave $67,810 before the official campaign closure on April 16, 2017, and more contributions are continuing to come in (any additional funds will go towards producing a book and documentary about the research and restoration of this painting).

The crowdfunding campaign by AWA was managed by The Florentine’s sister agency Flod, who offers crowdfunding, social media and digital consulting services. This is the sixth win for the agency, whose previous campaigns include two publishing projects for TF (From Marble to Flesh and TheFLR) and “Crazy for Pazzi” for Opera di Santa Croce.