The day starts at 3.30am for the first roster of pastry chefs at Pasticceria Buonamici, one of Florence’s best loved artisanal bakeries. The first job is to turn on the oven and bake brioche, which has been proving overnight. The next shift come in at 4am and 4.30, and then the team take it in turns to deliver the morning’s pastries to bars and cafés across Florence: cremini, or custard-filled cornetti pastries; deep-fried frittelle sprinkled with sugar; and larger bombolone doughnuts. Meanwhile, it’s time to knead the shortcrust and get on with preparing the day’s cakes and biscotti, all before the bakery opens its doors to the public at 7am. 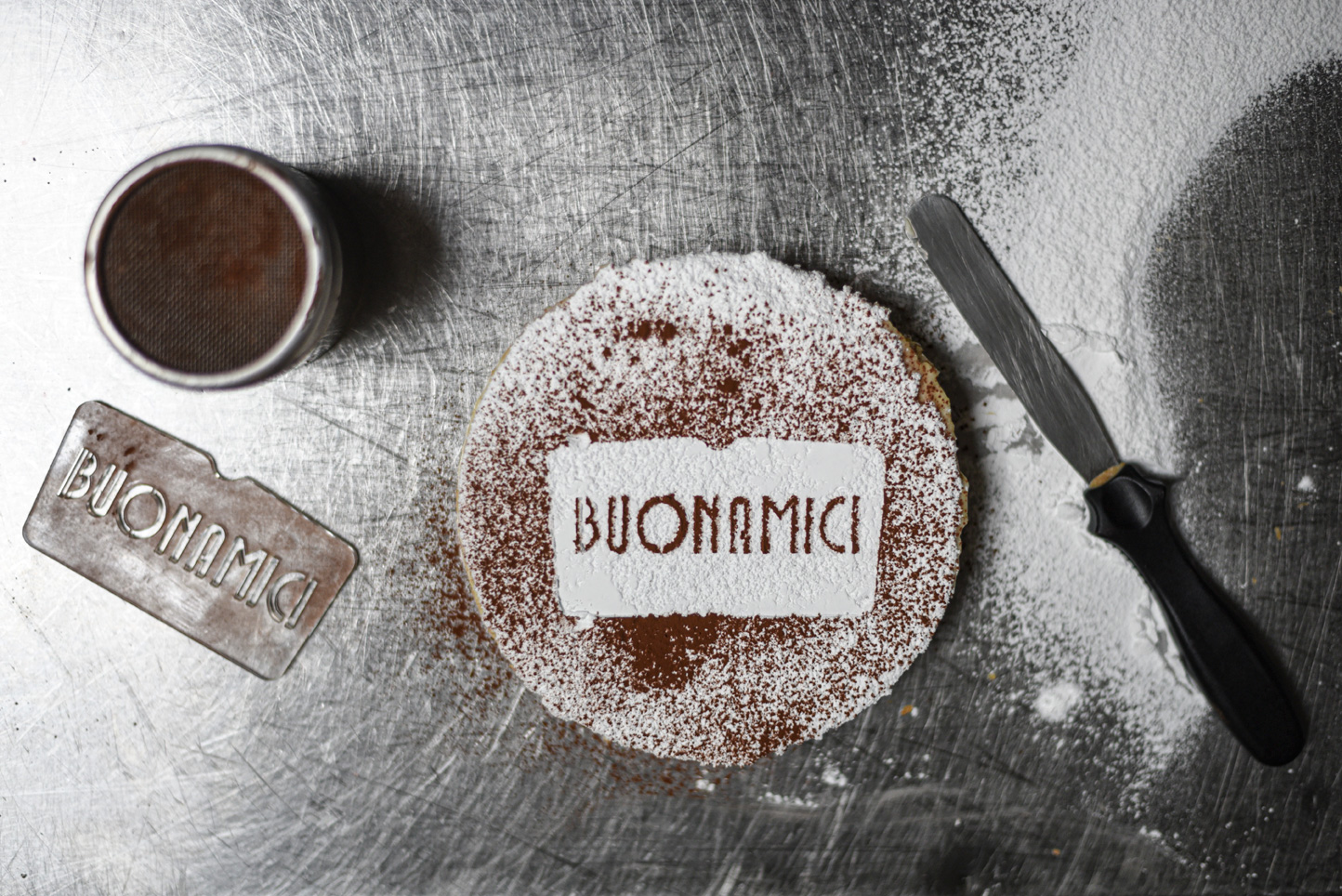 The pastry team are also busy preparing colomba, a traditional Easter bread shaped like a dove and sprinkled with almonds and pearl sugar. The Easter counterpart to Christmassy panettone, they make two kinds, one with candied peel and one with pear and chocolate.

We talk to Roberto Buonamici about his memories over the last 72 years since his father Bruno founded the bakery in 1949. Roberto was just a child at the time and helped the family deliver pastries around the city by bike. To begin with, Pasticceria Buonamici was also a vinaio (wine store) and general corner shop, and the pastry laboratory at the back wasn’t open to the public, merely supplying bars and cafés. In the 1966 flood, Roberto recalls evacuating the pasticceria with his father, brother and dog in an inflatable canoe. The ovens and machines were entirely destroyed and they were forced to close for several months while clearing out the mud and silt. His daughter Rossella was two years old at the time. 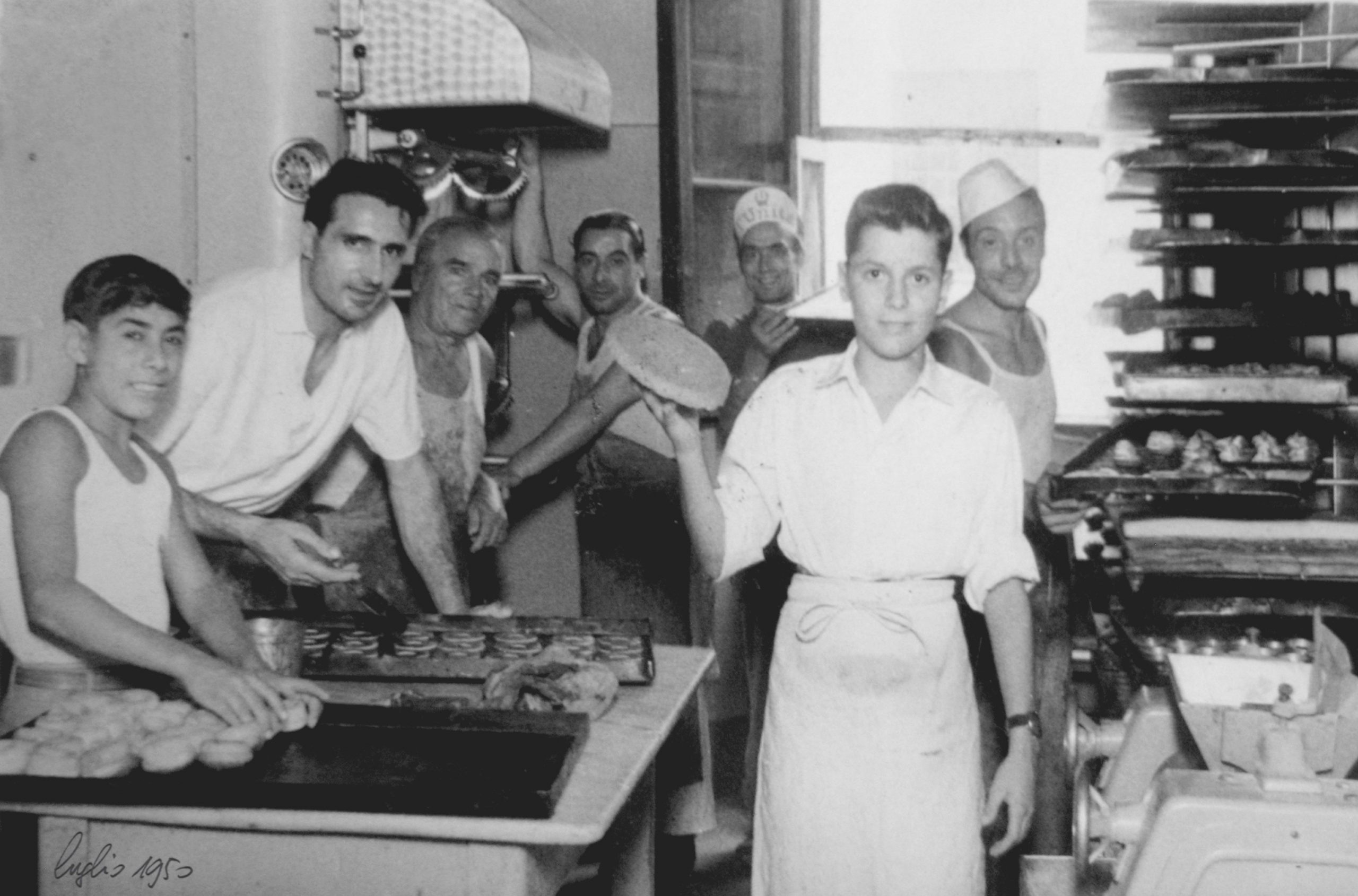 An old photo of the Pasticceria Buonamici team

Roberto took over from his father a few years later and continued to grow the family business. He talks to The Florentine about how recipes and traditions have evolved over the decades: “Tuscan diets have changed a lot. We used to eat little sandwiches, gnocchi or fried polenta for breakfast. Nowadays, people come into the bakery and children can have whatever lovely dolci they like. I remember as a little boy we used to peek into a chocolate shop window in San Frediano with just three squares of chocolate displayed. We had a big desire to eat it, but we hadn’t enough money to buy them. Even in the 1980s, Rossella recalls, “children had a snack—una merenda—of bread sprinkled with a few drops of red wine and sugar. Our sweets were just poorer back then.”

For Roberto and Rossella, it is important to carry on the traditional Florentine recipes because many bars, especially in the center, have lost them. “It’s a matter of Florentine identity. For example, La Fedora is a specific cake we make which you can’t find it in many places. We only make it on Sundays. Or think about torta della nonna, a rustic Florentine shortcrust filled with crema and topped with almonds, or budino di riso. Recipes are always changing and evolving, without losing their roots. You can’t really find these cakes outside of Florence because they just wouldn’t work. They’re part of the city.” 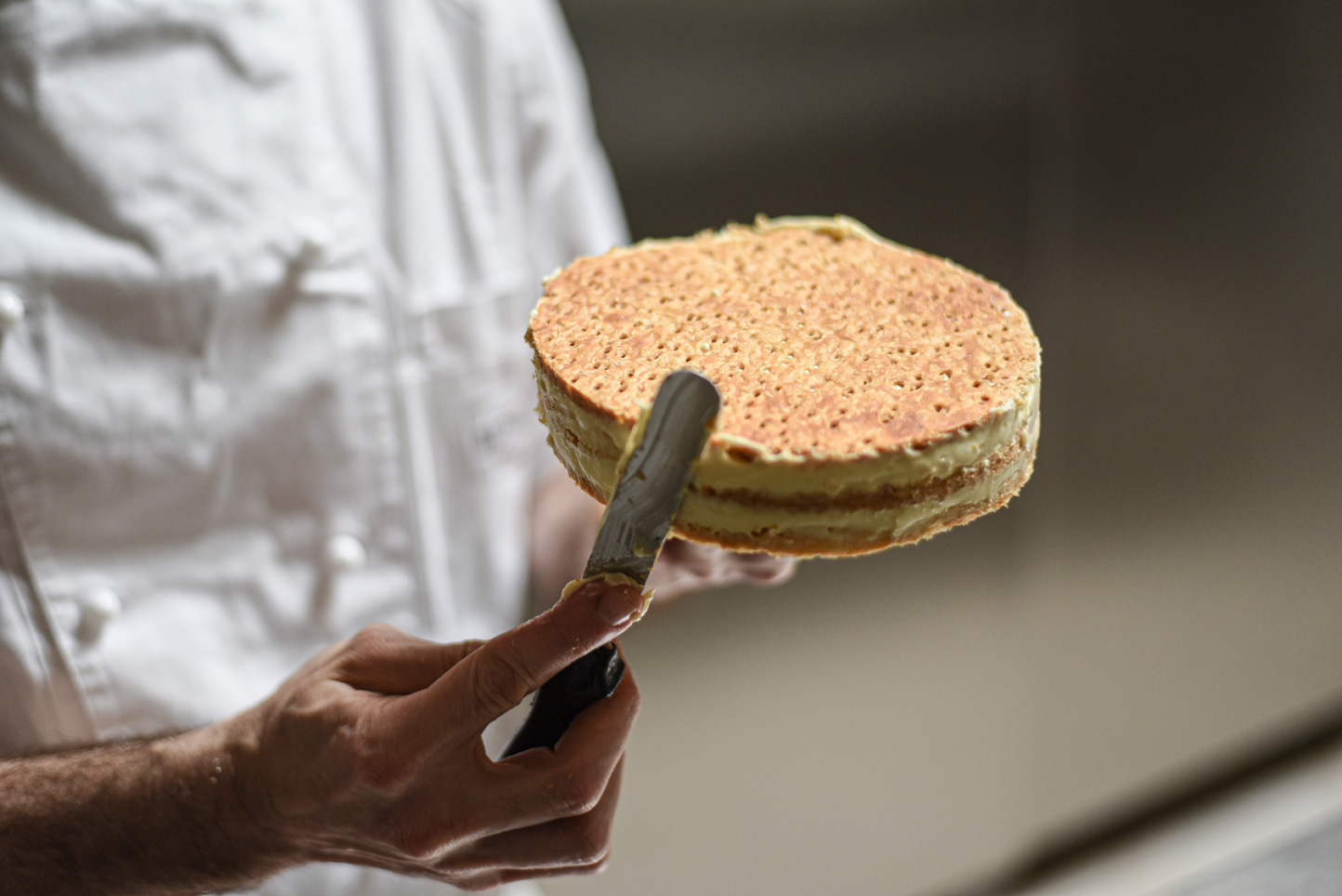 The pasticceria is becoming more modern, though. Rossella and Patrizia took over some responsibilities from their father in 2002 and they helped grow the business once more. Two years ago, the business moved over the road from its original building to a site with a licence to serve coffees and drinks. They also opened a bottega with a cookery school, selling artisanal produce from Tuscany and all over Italy. Once the pandemic is over, pastry chef Francesco Vivoli plans to resume cookery classes, teaching Italians and visitors the secrets behind Florentine desserts, pasta and coffee. Tastes have changed over the decades, Roberto points out. “Now people come for more elegant and sophisticated treats, and visual appearance is more important.” 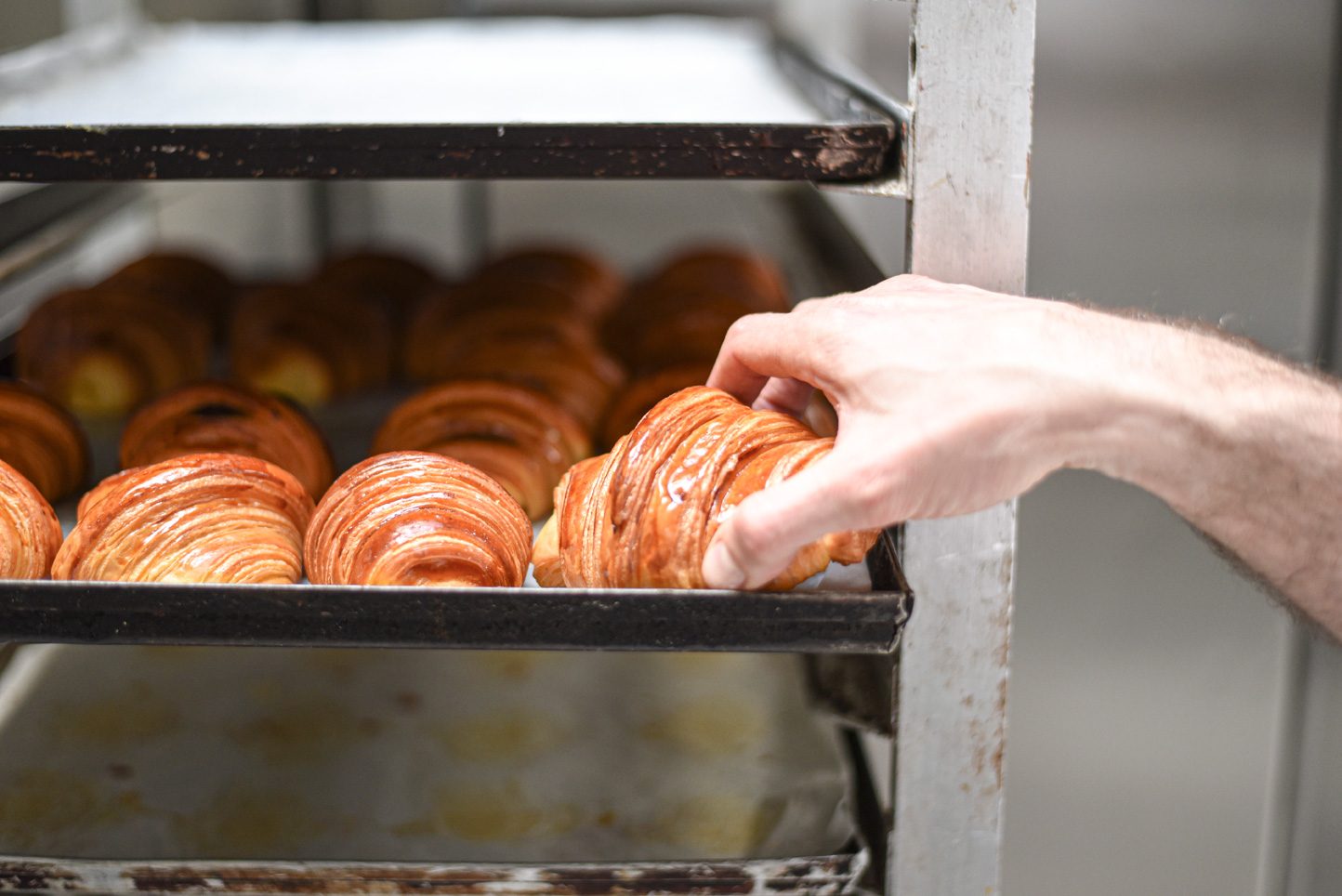 Did he prefer them in the olden days? Not at all. “Of course, it’s important to keep traditions, but there’s no ancient secret recipe or golden age to speak of. Things were a bit more rustic back then, but we’re constantly tweaking and improving with more techniques. There are so many beautiful lovely products now.” And the taste? “I’m sure it’s better now! We have so many different flours, different creams, they’re getting better all the time. People want to take photos of everything they’re eating nowadays. So, elegance is important.” Lucky us. 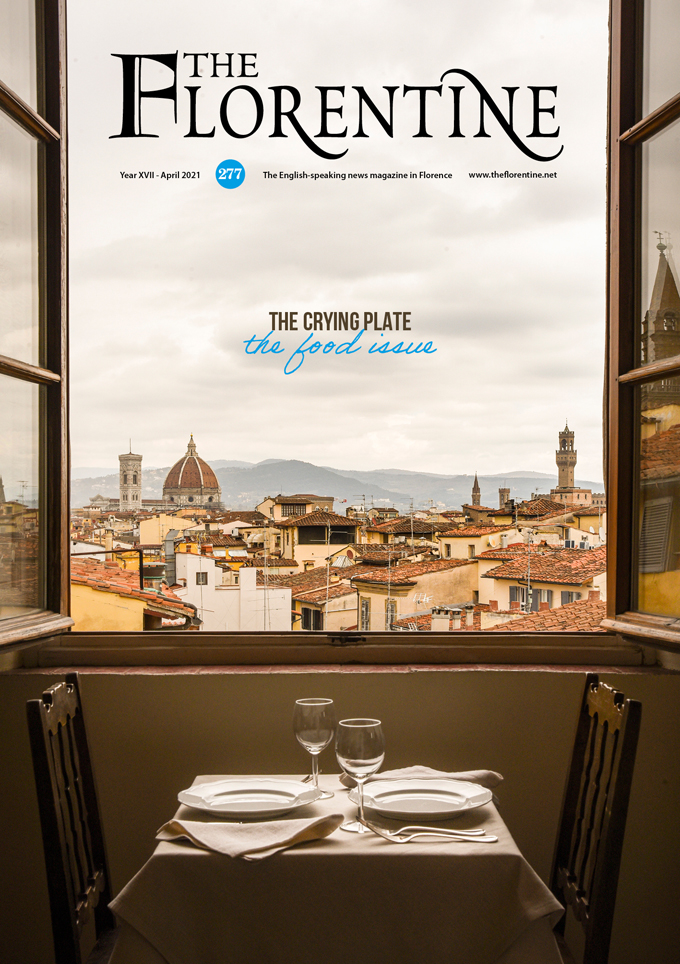 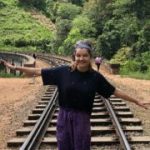 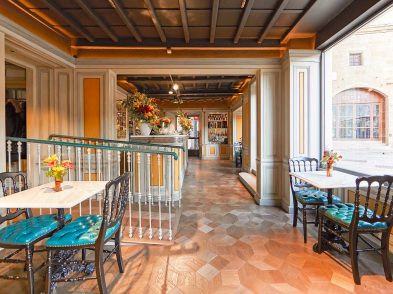 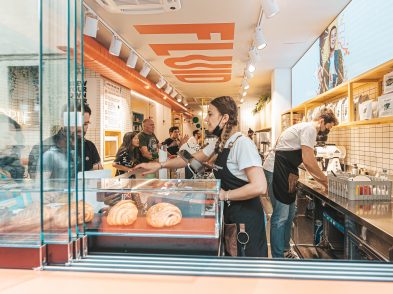 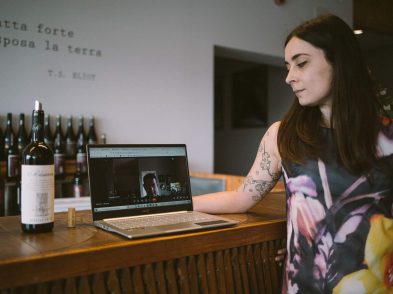