The late 16th-century façades of via il Prato are significantly conservative by Florentine standards. One imagines that the structures, with their imposing entrances and hard-edged rectangular lines, might have been models for New York’s late 19th-century banking establishments. Traffic and pedestrians whizz by as the light beige, block-long façade glistens in the bright morning sun against a pure blue Tuscan sky. The corner pastry shop, Gamberini, is buzzing with clientele, while a street clown is performing antics, getting an admiring rise out of all those lucky enough to be there. 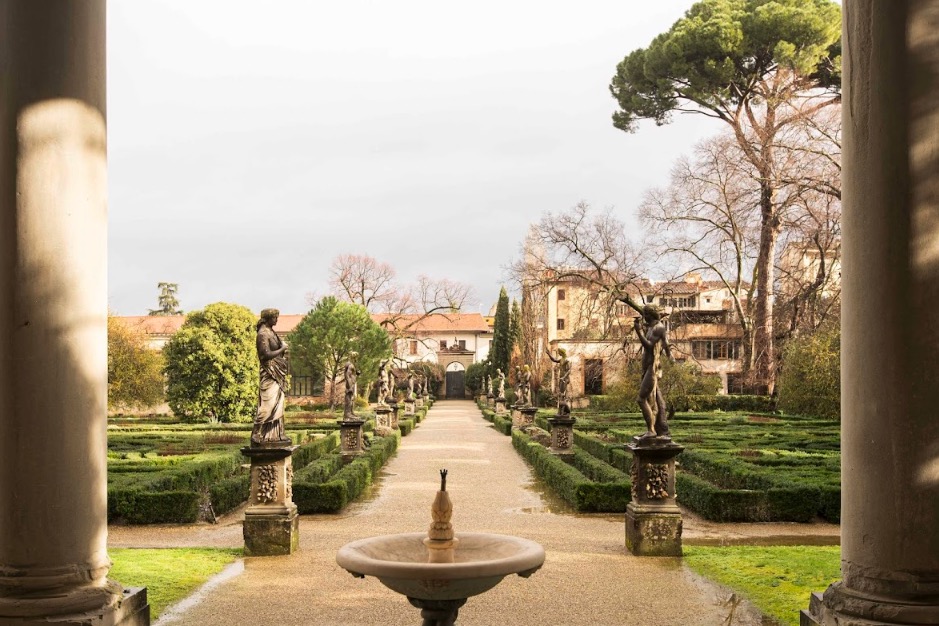 In the midst of this gentle cacophony, however, I hear strains of a mezzo-soprano singing the character Charlotte’s ‘Letters’ aria from Jules Massenet’s tragic opera Werther, and yet again it strikes me that Florence is where the idea of opera was invented. In the late 1500s, just blocks away, the Camerata de’ Bardi, a group of forward-thinking Florentines would meet at Palazzo Bardi to passionately discuss music, literature, science and art. Members included musician Jacopo Peri, writer Ottavio Rinuccini, and even Vincenzo Galilei, Galileo’s lutenist father. Together they spoke about communicating emotion in music by using ancient Greek dramatic structure. They developed the idea of sung recitative, where dramatic dialogue was set to music rather than rhyming strophes. With a small production titled Dafne, by Camerata members Peri and Rinuccini, about a love story between the ancient God Apollo and the homonymous Dafne, the very first “opera” using this new form of musical storytelling was staged at Palazzo Tornabuoni in central Florence on December 26, 1598. And with that, opera, as we know it, was born.

Florence is the cradle of countless world-shifting creations. Besides being the birthplace of opera, it is also the birthplace of the pianoforte (Bartolomeo Cristofori at the Uffizi, 1700), so it seems entirely natural that a new musical shift could be happening in Florence again at this very moment. 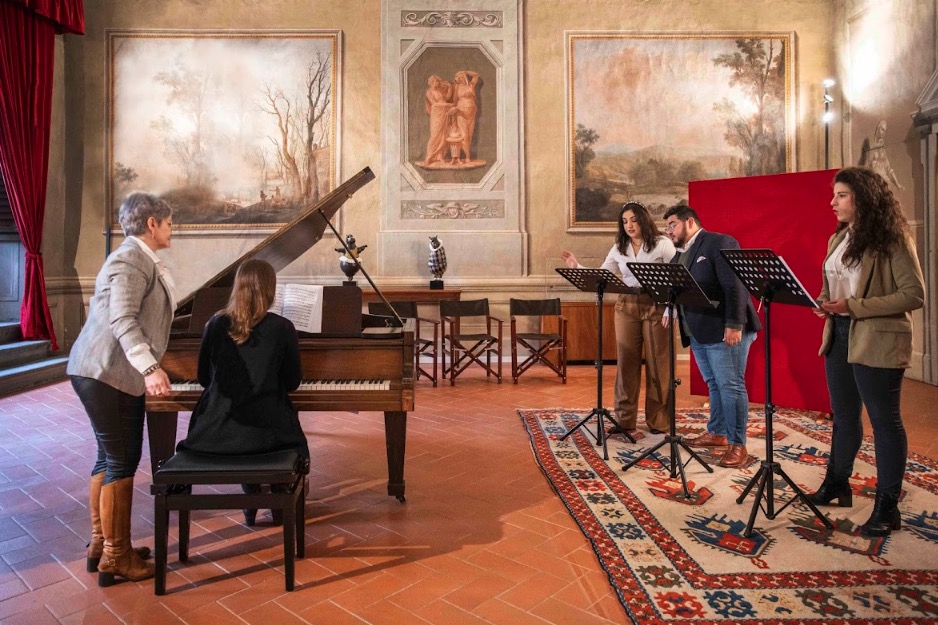 As I follow the sound of the mezzo singing Werther, I am led into a grand entrance on via il Prato, the glorious Palazzo Corsini, the original seat of the noble family, which dates to just after the opera Dafne had its premiere. What lies behind the austere façade is like a fairytale. A grand salon with several pianos opens onto the famous gardens, with their breathtaking flora and Renaissance statues, some of which have even made their way to adorn the Ponte Santa Trinita. To the right, in one of the magnificently frescoed 17th-century salons, a group of advanced singing students are listening to American mezzo-soprano Maria Miller work through the Massenet aria with Italian vocal coach and conductor, Jonathan Santagada. Sound, character, dramatic form and performance are all discussed. The students listen intently, all masked, yet no one takes their eyes off the proceedings. This is the Mascarade Opera Studio, a newly Florentine-born dream of Mascarade foundation president, Maximilian Fane. Max is tall, exceedingly well put together, and barely 30 years old. I met Max in London four years ago; he came to sing for me when I was appearing onstage in the West End as Tchaikovsky. Max has a beautiful, light tenor voice and is a natural musician, who also had a dream: to create a new kind of opera studio, where the focus is one of collaboration, understanding, generosity and sharing. The world of music, and opera in particular, is so challenging that a bad day can lead not to just a missed passage, but possibly to a complete misrepresentation of one’s art and inner self, for there is no purer expression of the music within than that of the human voice. In fact, the expression every instrumentalist uses to describe true communication in music is “let it sing”. 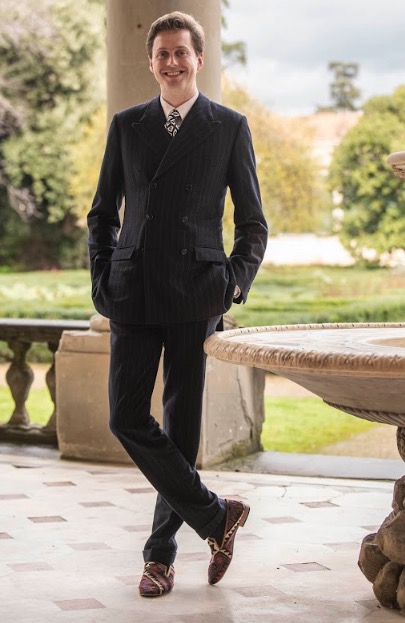 Max wanted the world around him to “sing,” and so he began recruiting individuals with whom he came into contact throughout his period of studies in the United Kingdom and abroad. There is Dublin-born Julia Lynch, a pianist and vocal coach, who taught Max at the Royal Scottish Academy of Music and Drama, a musical associate at the Bayreuther Festspiele in Germany and now music director of the Mascarade Opera Studio. There is Dr. Ralph Strehle, the studio’s program director, a tenor of German origin, who has a probing interest not only in music and performance practice, but also in music psychology. (He once telephoned a famous sports psychologist to engage in a discussion about the care and handling of athletes, considering the pressures they encounter.) After all, the pressure on the body to create huge amounts of sound, create character, sustain dramatic arcs and deal with critics is enormous. Dr. Strehle’s work focuses on understanding how to manage these pressures of the art and the business. It is a new approach, a humanist approach that is fitting for Florence. 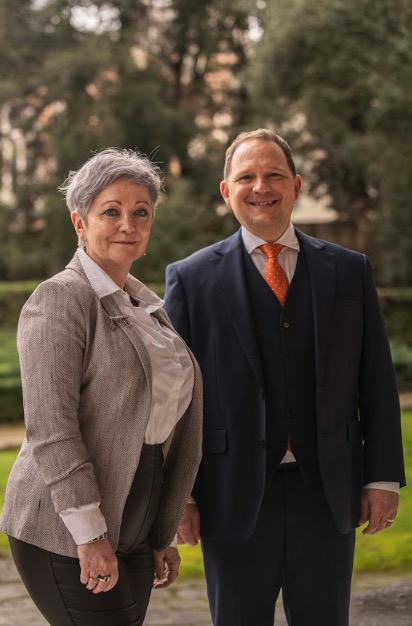 There are ten resident artists, eight singers and two pianists from all over the globe. These accomplished post-graduate students are in that unusual territory between school and the professional world—ready to audition, but without enough professional experience yet to ensure success, or at the least, navigate pitfalls. This past season, 550 artists auditioned for the ten available scholarships. The fortunate few arrive in Florence, taking care of their own housing with the aid of the studio, and engage in full-time performance studies, analysis and a supportive environment. All with whom I spoke noted that was the most important part of it all: learning to deal with difficult times and difficult people, by being supportive of one another, and to always focus on the purity of the art form. 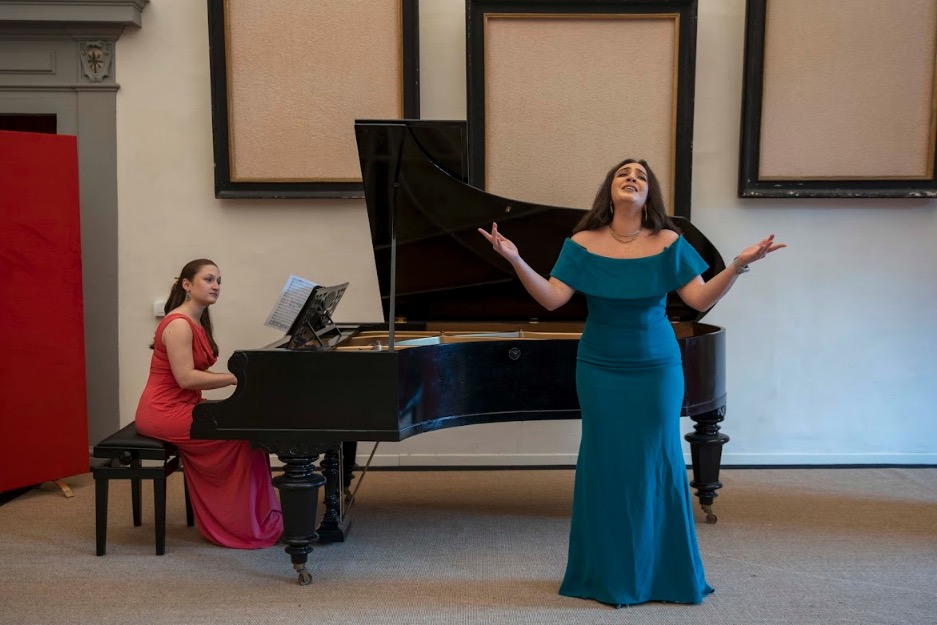 Max and company are creating relationships with some of Europe’s finest opera houses, whereby the houses and productions would have access to the studio’s singers, ensuring that they would be heard by managing directors, conductors and directors on the world’s best stages and, if fortunate, be employed by the opera houses. One such association has already been solidified—with Teatro La Fenice in Venice—home to many world premieres, such as Verdi’s La traviata, which is now appearing 169 years later on the stage of Maggio Musicale in Florence. Programs like this have been in existence for some time, but they generally focus on the one opera house they are related to (the Metropolitan Opera in New York, San Francisco’s well-known program, or wherever it may be) and the young artists must be available, ready or not, for whatever role they are required to fill. At Mascarade, I am told, no one is forced to do something they are not ready to do or are uncomfortable doing. In the world of art and its pressure, this is indeed a rarity. This program might just give young artists an opportunity to be heard in a broader way throughout Europe, and perhaps doors will open in a more generous manner. This is the hope. 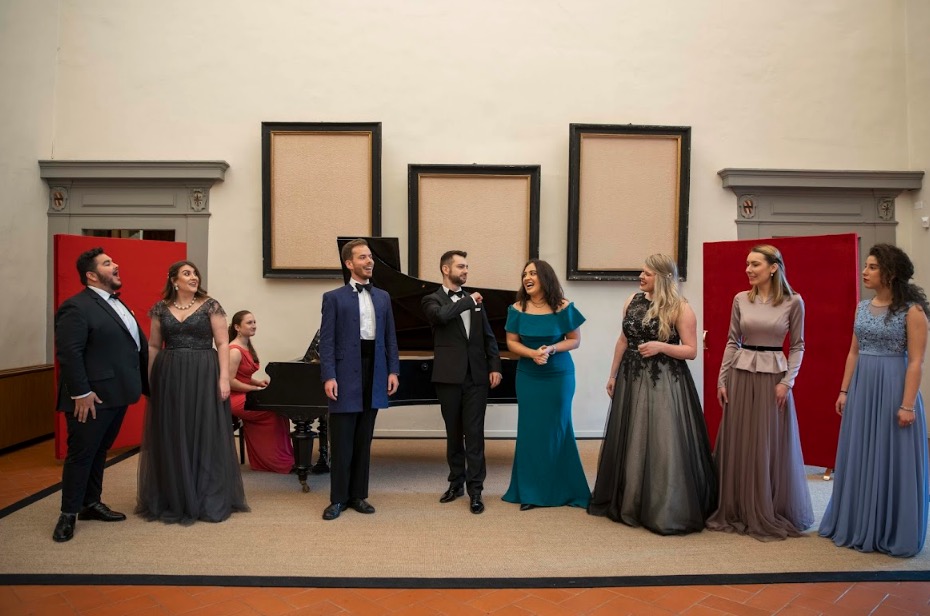 Programs like this require time, trial, error and considerable effort to find their way and perfect their balance. Max and his company of artists—visiting coaches, conductors, theatre directors—are testing the waters, giving the young artists opportunities to perform in Florence and beyond, whether in concert or in full productions. Above all, the ethic of the studio appears to be one of discovery, balance, support and a significant commitment to music making and artist support. All this is taking place in the very neighborhood where opera itself was born, in a place that exists as beautiful as it is, just down the street from where the first dramatic words were sung, in a quest to bring forth the human soul and spirit in an honest and moving way.

May the newborn grow and thrive and bring beautiful things to the world. 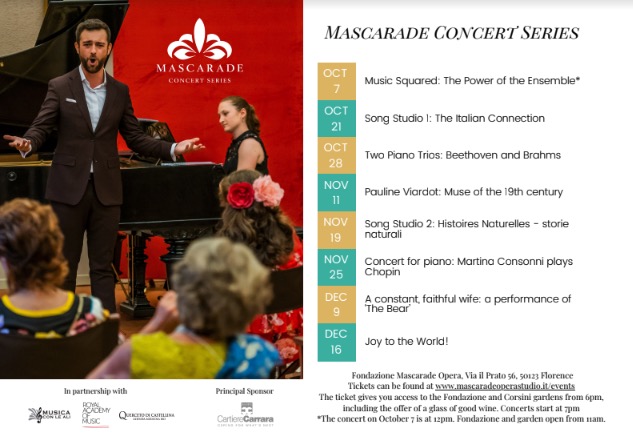 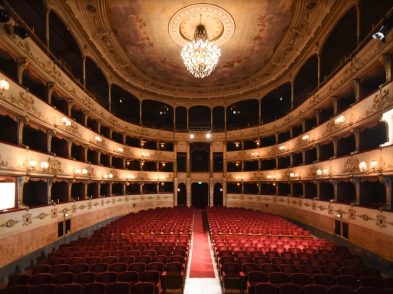