Fashion through the ages in Florence

My expectations about Florence, style-wise, were nonexistent before boarding the plane to come here: past visits to the city were as a tourist, not a fashion student. I knew that there were mid- to high-level stores and brands, but I wasn’t expecting every single person to be so fashionable, all the time. Children, adults, elders, even dogs are always dressed to the nines, as if paparazzi are following them at all times. I’ve taken classes about fashion history, but right before my eyes, I’m seeing fashion through the ages – quite literally.

It started when I was at a restaurant in my neighbourhood of Santa Croce called Il Francescano. There was a family dining out: a mother, father, and two young children. One of the kids was walking back and forth between her mother and father, and I had gotten a glimpse of her. Much to my surprise, the little girl, no more than three or four years old, was wearing Gucci sneakers. I thought that that was something out of the ordinary, but lightning does strike in the same place twice because her brother, only a few years older, was donning a matching pair of Gucci sneakers, much to my amazement and envy. 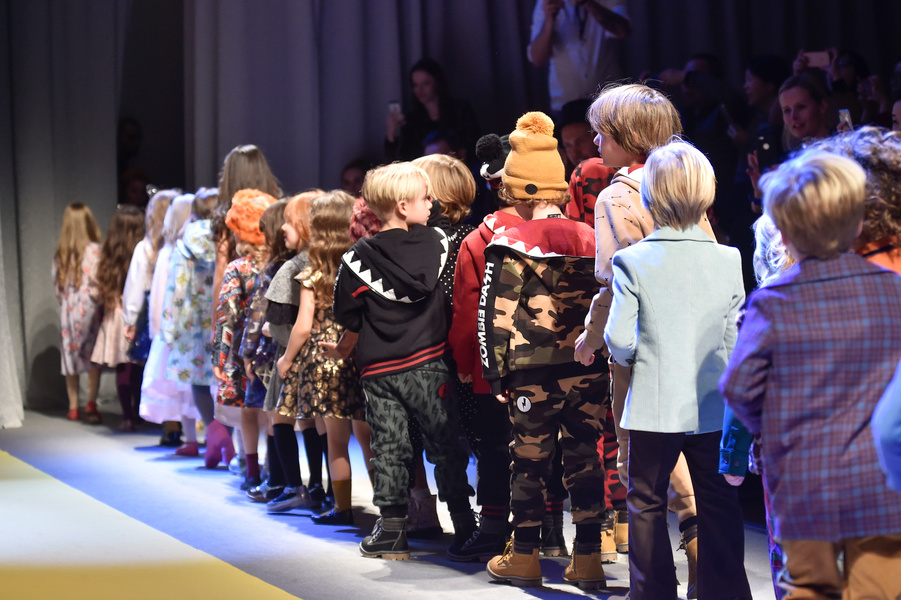 I’m from New York and attend school at a small upstate college where there’s so much snow for half of the year, the only fashion I’m used to seeing is heavy winter coats and boots for cold climes. Very chic. Typically for classes, the way of dressing is 50/50, meaning half of the class in attendance is “dressed up”, while the other half is dressed very casually — leggings or sweatpants, a sweatshirt, sneakers, and a baseball hat. I’ve noticed that there aren’t any “off” days for a typical student studying at the Istituto Europeo di Design, my university here in Florence. On one of the orientation nights, I remember looking around not seeing my peers, but rather I was in a classroom with Patrizia Pepe, Karl Lagerfeld, Céline, and Louis Vuitton. I felt like I had instantly teleported to Luisa Via Roma. I can’t say I minded.

My favourite encounter with a well-dressed group of people happened with an elderly woman and her husband. It was a cold morning, the only one I can remember when snow flurries struck. Everyone on my route was wearing black or grey, a typically neutral Italian colour palette. But then a woman who looked old enough to be my grandmother demanded a double take. Everything she was wearing was an electric baby blue—from her blue fur coat, to her dress, heels, and Sharik hat. It was very refreshing to see so much colour and that much elegance given the temperature and her being “of a certain age.” Her husband was dressed in a similarly monochromatic manner – but a more understated cognac brown. The real kicker, however, was their little Yorkshire Terrier, who had on a coat similar to the classic Burberry print with a pink bow in her hair. I own (faux) coats that I rock in the winter, and the takeaway from this encounter was that I hope I’m still wearing heels and extravagant fur coats when I’m her age. 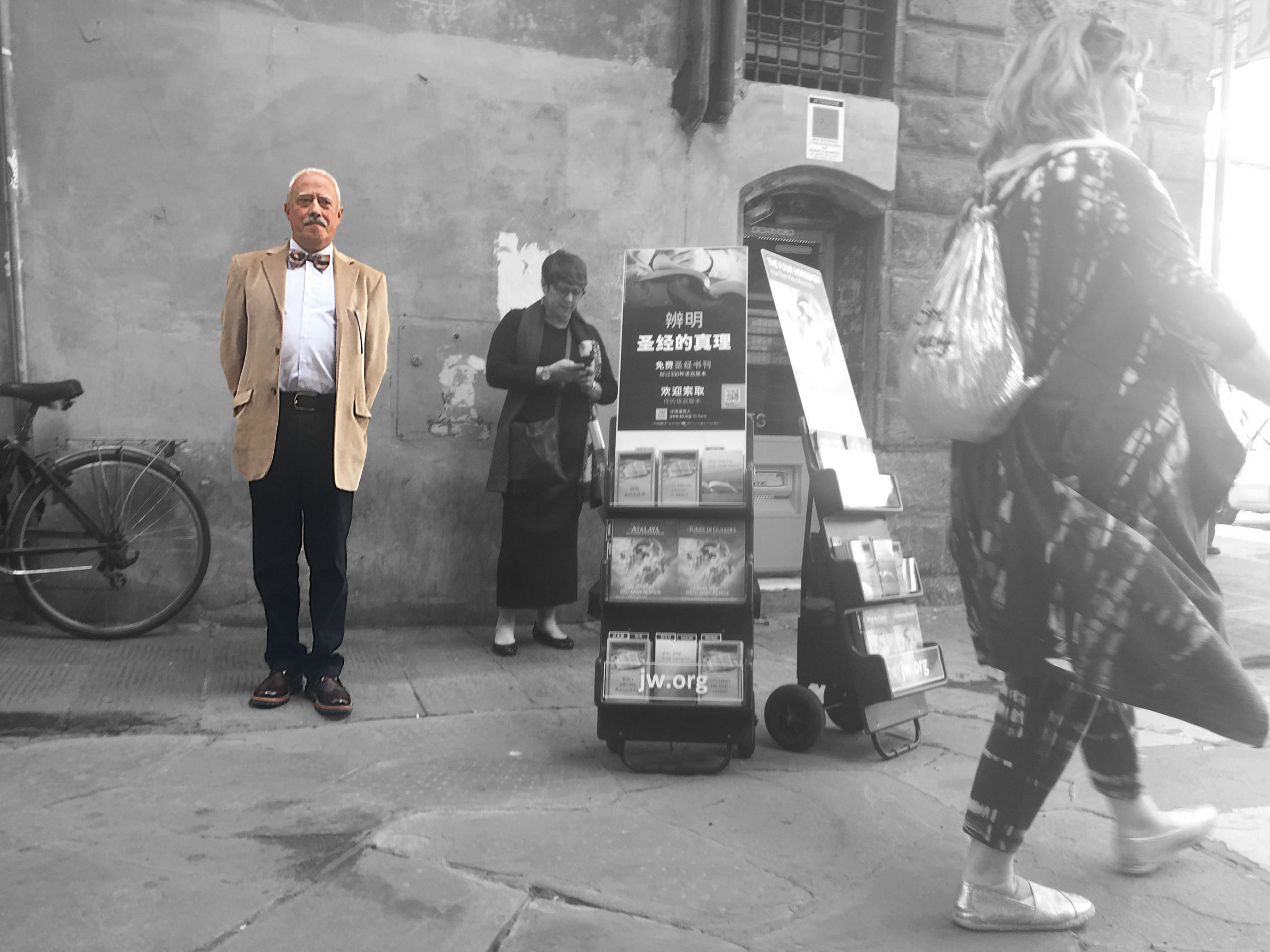 Photo by Rayno Kivo and Alex Morales, originally for this article

After having these experiences, instead of being filled with envy and bitterness, I realized that I could learn something from these models off-duty. I had gotten inspired by the Florentine style, and had found motivation to up my wardrobe game and challenge myself to not take any days off, fashion-wise. When someone says Florence, the first thoughts that spring to mind are often about Renaissance paintings, food and museums, but there is much more to it than that: the city is a living mood board of fashion inspiration for all ages. Even if Florence isn’t considered to be one of the fashion capitals of the world, it will always be one for me.

Article in partnership with IED Firenze
Written by Vanessa Salerno 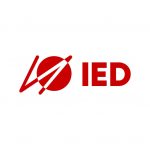 For almost 50 years, the Istituto Europeo di Design has been operating in the fields of education and research in the disciplines of design, fashion, visual communication and management. Today, the IED is an ever-expanding international network that issues first-level academic diplomas and organises three-year courses, master’s courses, continued professional development and advanced training courses. The Florentine has collaborated frequently with IED students on a range of editorial projects; the finest articles get published on TF's website. 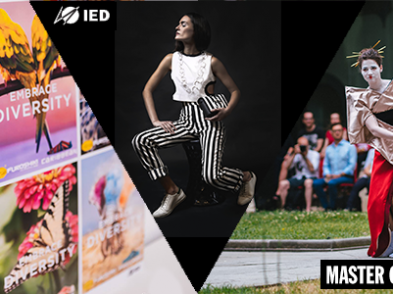 IED Firenze has its home in a contemporary building at the very centre of Florence’s Renaissance architecture, just behind Brunelleschi’s dome. In such an incomparable place, those who wish to ... Riccardo Bresciani coordinates and supervises the entire master area at IED Florence. His job is to oversee the formats, special projects, experiences and development of IED Florence’s master programs as ... 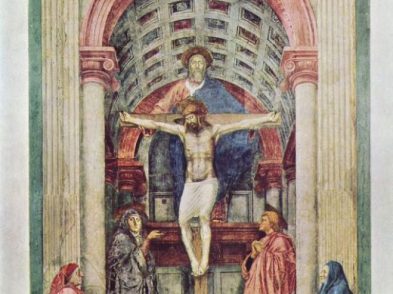 A new take on “student perspective” in Florence

As we walk down the street, whether we’re in Florence or Fort Worth, we tend to look straight ahead. Of course we do this because it’s the most comfortable way ...